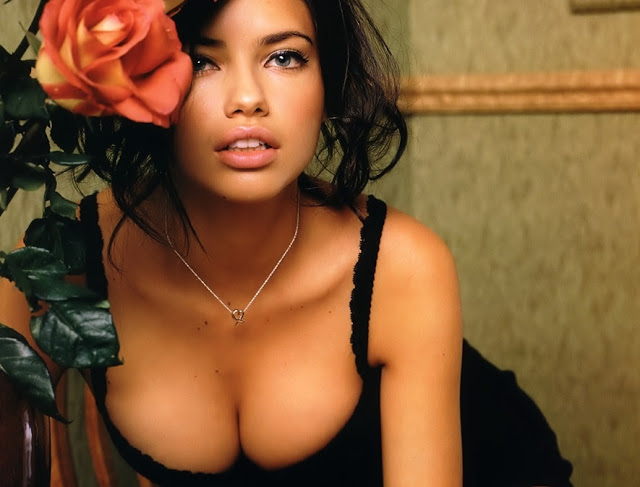 Like most women, I’ve been sexualized more times than I can count, both with and without my permission.

I’ve been told by bosses to wear a skirt next time—the shorter the better. Like nearly every woman I know, I’ve sat down in a coffee shop with a book only to find myself held hostage by some man, striking up what could pass as innocent conversation.

Not wanting to be rude or assaulted, neither physically nor verbally, women engage with our harassers just as long as we have to. I’ve had hot coffee thrown at me for not smiling back at a cat caller. I’ve had male friends, classmates and coworkers stun me silent with an out-of-nowhere comment about the shape of my ass or size of my breasts.

When I became a sex worker, I had a sort of ah ha moment: putting up with men was work, I realized—and I didn’t have to do it for free. Whether I was working as a table dancer in London, a gown club in New York City, or some hole in the wall off a freeway in the midwest, the men were the same. More than dances, they wanted me to sit silently and listen while they complained about their jobs or talked shit about an ex.

I was therapist, marriage counselor, career advisor, priest. The emotional labor men feel entitled to that women are expected to perform for free, I got paid for. And—unlike other service jobs or the real world—if a dude was particularly awful, security would step in while I walked away.

Some years later, when I went back into sex work as a call girl on craigslist, it was similar: much of the job was emotional, rather than physical labor. The sex itself was not very different than encounters I’d had as a civilian.

Sometimes pleasurable, it was, so much more often, unmemorable. Men’s needs took priority, whether I was engaging with them for free or for pay. By the time I started having sex for money, like many women, I’d had a lifetime’s worth of fucking that had left me feeling fucked. At least, as a prostitute, I was getting paid.

To believe all sex workers are inherently victimized by their profession invalidates the experiences of those who have been. Sex workers, though at greater risk for victimization due to the criminalized and stigmatized nature of their work—are, on an average day, no more or less harassed or put upon than any other woman living in this sexist world.

That said, to believe the sex industry doesn’t have an effect on the private lives and identities of its workers—as some pro-industry advocates argue anecdotally—is equally obtuse.

I’ve spent the years since transitioning out of the industry coming to terms with the complicated sexual experiences I’ve had in my lifetime.

Now, it seems women who haven’t traded sex for cash have begun to engage in a similar reckoning: from the #metoo movement and Harvey Weinstein to the New Yorker short story, Cat Person, and the much-read (and debated) story about a bad night out with comedian Aziz Ansari, we’re talking as a culture about sexual harassment and the meaning of “bad sex” in broader terms.

We’re talking about consensual experiences that have left us feeling unsatisfied and taken advantage of. Consent, we’re collectively realizing, is sometimes not enough.

Something can be consensual and still really fucked up—exploitative, dishonest, unsafe, not pleasurable.

We’ve finally gotten to a place where we’re talking about more than just “rape” or “not rape.” I got to this place myself when I left the sex industry. I reconciled myself to the fact that the sex I’d had for money, though consensual, was unethical in other ways. It was exploitative. It was joyless. I had nothing in common with my clients. Sometimes I hated them.

When I transitioned out of sex work, I began seeking everything my intimate life was missing: I wanted sex that was pleasurable and non-exploitative. I wanted a romantic partner I could be honest with, and who shared my values.

I wanted someone who treated me with concern and respect. To be sure, some sex workers are capable of finding this while working in the business—and some privileged sex workers may even find this with their clientele—but most sex workers, I’d imagine (like most women) are used to far less.

So accustomed to abuse, I fell into a codependent relationship with a man who took advantage of me financially while using my sex work past against me. After I left that relationship and started meeting men online, I often rushed too quickly into bed.

Sex too soon meant I fell hard for men I felt sexually compatible with, but with whom I had nothing else in common. I had to put aside all the shame-based reasons women are encouraged to delay having sex in order to break my bad dating habits.

Eventually, I learned to weed out what I’d call the “client” types—men so engrossed in themselves that my presence barely registered. Men who’d choose a bar as our first or second date, even though I’m sober.

Men who talked on and on about their novels, never asking what I did for work. I stopped giving time to just anyone and held out for men I actually found interesting. I began demanding men give me as much space as they took up.

Although I’d been a professional at providing pleasure, like many women, I felt ambivalent about expecting it in return. After literally hundreds of partners, I couldn’t have told you what turned me on.

From the beginning, the man I eventually married was an attentive partner. As far as emotional labor, he does his fair share. One of the first major differences between sex with my husband and sex with a client is that the former checks in. In the beginning, if he thought I wasn’t enjoying myself or sensed that I didn’t want to continue, he’d stop.

We communicated, constantly, verbally or otherwise —before, after, and sometimes during the act. At first, to be honest, this kind of attention was off-putting. I learned that if I wanted intimacy I would have to tolerate being seen.

These days, I’m still cornered into doing emotional labor. The other day, after a man helped me carry the stroller up the front steps of my building, I listened politely as he gave me child-rearing advice. When he offered to return with a box of gently used baby clothes, I politely refused. Sometimes, I’ll be polite.


He’s only being nice, I’ll tell myself. He knows where I live. Last night, when some guy at the gym insisted I remove my headphones so that he could compliment my routine, I asked to be left alone.

Men will be men, and in my experience, most are after the same thing: they want a little attention, they want some company, they want an ego boost, they may want to fuck. Sorry, gentlemen, that’s no longer my job.

This article originally appeared on VICE.