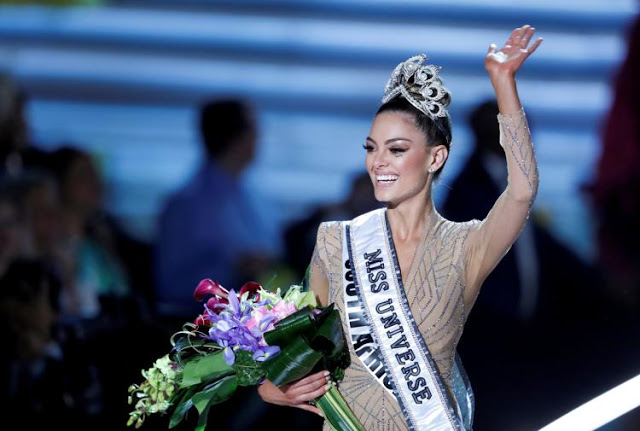 The 22-year-old, who wants to use her reign to champion HIV/AIDS and self-defense causes, was crowned at The AXIS theater at Planet Hollywood casino-resort, Las Vegas.

“HIV/AIDS is a very big problem in my country South Africa, so I hope to stand as an advocate for that,” Nel-Peters said before reporters after the event.

Along with the title, Nel-Peters earned a yearlong salary, a luxury apartment in New York City for the duration of her reign and more prizes. She is the second woman from her home country to earn the crown.

Ninety-two women from around the world participated in the decades-old competition. This year’s edition had the most contestants ever, including the first representatives in its history of Cambodia, Laos and Nepal.