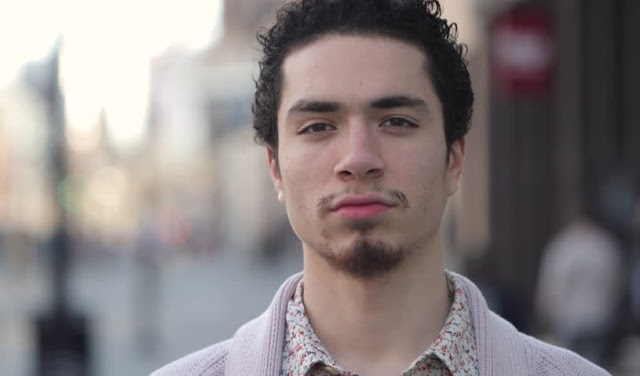 When I tested positive in the spring of 2005, it felt like the end of the world.

HIV was this boogieman that I had been taught to hate and fear since before I really understood how sex worked—and suddenly this monster was inside me.

I was sure that I had been handed a death sentence.

But then, quite sooner than later, I realized my life isn’t “over”, and that I still have a choice.

I have great friends, an adorable dog, and an amazing life, and gradually I nursed myself back to thinking right.

But to get here, I had to deal with a lot of guilt, depression, and more than a little self-destructive behavior.

For anyone who just discovered they are positive, I hope that my advice below might make life a little easier for you:

1. Realize that your life has become more complicated, but it isn’t over:

In fact, with HIV, I’m happier and healthier than I’ve ever been. This isn’t to say that having HIV is “easy”; it isn’t. Not at all. There are pills to take, and doctors to visit, and more than a few awkward conversations ahead of you.

It’s going to be some work, and at times it going to suck, but it’s very manageable.

After getting tested, this is probably the single biggest hurdle facing the newly diagnosed.

I know how intimidating that first doctor’s visit can be, but it is the first step to taking control of your health and your life.

Your testing facility probably directed you to a doctor in your area. If you are LGBT, your local LGBT center should be able to direct you (if you don’t have a local LGBT center, please consider point of advice #7).

After your diagnosis you are probably going to be in a state of semi shock for a while (I think mine lasted for months), so bring a notepad to your first visit and/or ask the doctor if you can record the meeting so that you can go over it again later.

You should also be prepared to give blood, lots of blood. Get used to it—this is going to be a regular event.

There is conclusive evidence that the sooner someone living with HIV starts taking meds the easier time they’ll have dealing with the impact of the virus on their body going into the future.

If you do decide to start taking meds, remember that it’s a commitment. To be really effective, your pills will need to be taken every day and at a regular time. If you skip days or take your medication erratically, your virus could adapt, and your doctor will have to put you on a different (often more complicated or pill-heavy) regimen.

And don’t let poverty or a lack of insurance keep you from treating your HIV.

If you live in America, ADAP (the AIDS Drugs Assistance Program) was designed with us poor kids in mind. But be advised, many states have waiting lists (see #7).

As far as I’m concerned, you have an ethical obligation to disclose your HIV status before having sex with anyone (and in many places, a legal obligation too), even if you are using a condom and you have an undetectable viral load.

If you don’t disclose and they find out (and they will), they will feel betrayed, which will be all the more agonizing for everyone involved if you guys have started to have feelings for one another.

You should also tell anyone you’ve had sex with in the last few months, even if you think they have nothing to worry about.

The conversations might be awkward, but they will most likely appreciate the heads up.

Other than that, don’t feel any pressure to tell your friends or family until you are ready.

5. Be prepared for rejection:

It’s shitty, and it hurts, but it will happen. And when it does, try and understand. It’s not you they’re rejecting. (S)he’s (probably) not a bad person; (s)he’s just scared.

I know how scary and isolated you may feel right now, but you are not alone. Seek out other “poz” folk whom you can relate to, whom you can talk to.

Any fair-sized city will have multiple groups you can join, so check with your clinic, or local LGBT center (and once again, if there isn’t an LGBT center close by, consider item #7).

7. Consider making a move to a big city:

I would say this to any HIV-positive person living in any area too rural or impoverished to have a good hospital or an LGBT center.

Any urban center with a high concentration of young people will do. In America, Los Angeles, New York City, and the San Francisco Bay area have the largest poz populations and the best facilities for dealing with HIV health issues.

As devastating as it is to find out you are HIV-positive, that’s fuck-all compared to the guilt and heartbreak of knowing you gave it to someone you love.

Having HIV is a serious responsibility, and we have a sacred duty to keep it out of the bodies of our loved ones and our community.

Forgive the person who gave it to you, and forgive yourself as well. This is the way things are now, and no amount of anger or blame is going to change that.

Not only has one man been functionally cured of HIV, but there are several potential (more practical) cures on the horizon.

This is an amazing time to be alive! And I have every hope that we will see the end of AIDS in our lifetime.

Thanks for reading and sharing.


Brenden Shucart is a writer, actor, and advocate for people living with HIV.
Share this post with your friends: