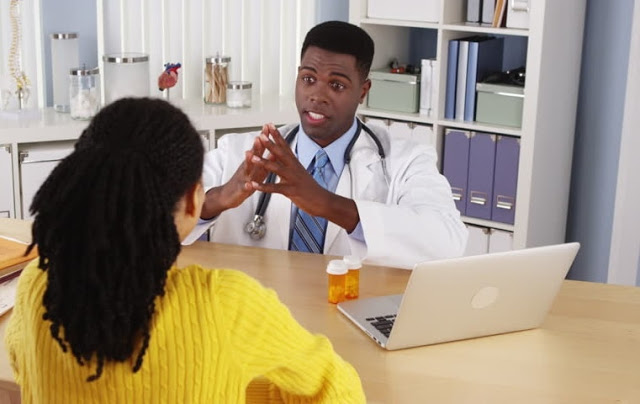 In 2016, an estimated 36.7 million people were living with HIV, including 1.8 million children. 19.4 million of these people live in East and Southern Africa.

2. 30% of those living with HIV don’t know they have the virus

Since the beginning of the epidemic, more than 70 million people have been infected with the HIV virus and about 35 million people have died of HIV. The CDC recommends that everyone between the ages of 13 and 64 get tested for HIV at least once a year.

3. The only way to survive HIV is through treatment

People with HIV who are aware of their status can get HIV treatment (antiretroviral therapy, or ART) and live healthy, normal lives.

4. People with HIV that have undetectable viral load cannot transmit the virus

When someone starts HIV treatment, viral load usually becomes undetectable within six months. The CDC has confirmed that a person with an undetectable viral load cannot transmit HIV.

All forms of oral sex are considered low risk.

6. No one actually knows who was first to contract HIV

It had been widely thought that a Canadian flight attendant called Gaetan Dugas who died of AIDS-related infections in 1984 was responsible for the spread of AIDS in America.

But according to a new book, HIV was killing people in Africa long before then and the first case of infection could have been a hunter who became infected with blood from a chimpanzee that was carrying the disease as far back as 1908.

The hunter was wounded while tracking the chimp in south east Cameroon.

7. The Story of Ryan White

The first case of HIV infection to make global headlines was that of a 10 year old boy named Ryan White. He contracted the disease through a blood transfusion.

As a hemophiliac, Ryan became infected with HIV from a contaminated blood treatment and, when diagnosed in December 1984, was given six months to live.

Doctors said he posed no risk to other students, but AIDS was poorly understood by the general public at the time.

When Ryan tried to return to school, many parents and teachers in Howard County rallied against his attendance due to concerns of the disease spreading through bodily fluid transfer.

A lengthy administrative appeal process ensued, and news of the conflict turned Ryan into a popular celebrity and advocate for AIDS research and public education.

Surprising his doctors, Ryan White lived five years longer than predicted but died in April 1990, one month before his high school graduation.