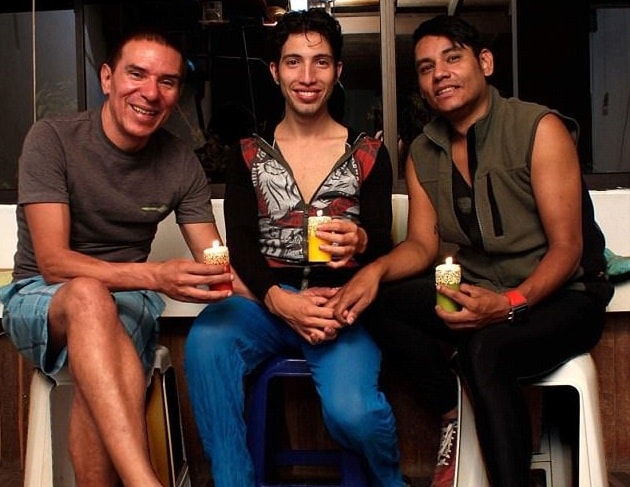 Three gay men say they have gained legal recognition as the first ‘polyamorous family’ in Colombia, where same-sex marriages were legalized last year.

Actor Victor Hugo Prada and his two partners, sports instructor John Alejandro Rodriguez and journalist Manuel Jose Bermudez, have signed legal papers with a solicitor in the city of Medellin, establishing them as a family unit with inheritance rights.

‘We wanted to validate our household… and our rights, because we had no solid legal basis establishing us as a family,’ said one of the men, Prada, in a video published by Colombian media on Monday.

‘This establishes us as a family, a polyamorous family. It is the first time in Colombia that has been done.’

Lawyer and gay rights activist German Rincon Perfetti said there are many three-person unions in Colombia but this was the first one to be legally recognized.

‘It is a recognition that other types of family exist,’ he told AFP.

A ruling by the constitutional court in April 2016 made Colombia the fourth South American country to definitively legalize same-sex marriage, after Argentina, Brazil and Uruguay.