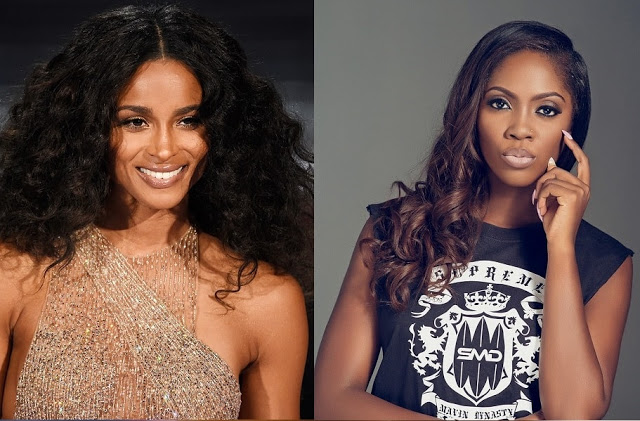 American singer Ciara on Friday released a single titled Freak Me, which featured singer Tekno who also produced the track.

Fans were quick to point out the similarity between the rhythm of Freak Me and Tiwa Savage‘s Before Nko, a track in her 2015 album R.E.D.

Ciara has taken to her Twitter page to give Tiwa Savage credit for the song.

“Shout out to @TiwaSavage on the inspiration and sample used in #FreakMe! She’s a beast! I fell in love with the melody when I first heard it in Africa 3 years ago . So good. #AfroWave,” she wrote. 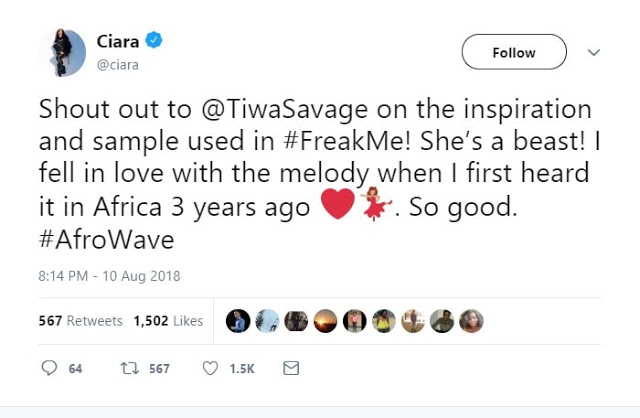 Ciara visited Nigeria in 2016 where she performed at Darey Art Alade’s Love Like A Movie show at the Eko Hotel Convention Centre.


Listen to Ciara’s “Freak Me”:


Listen to Tiwa Savage’s “Before Nko”: