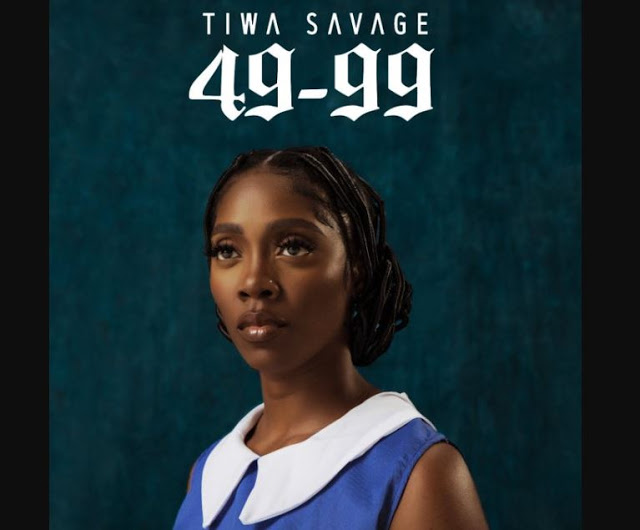 The single is Tiwa’s official single this year, after her waves-making collaboration with DJ Spinall and Wizkid on “Dis Love”.

Tiwa Savage, now officially a ROC Nation artiste, revealed Olamide was part of the writers of the song.

Tiwa, through a press release, disclosed the song reflects the “hard life many Nigerians go through.”

“A transit bus serves as a case study,” the singer said.

“It ought to have only 49 seated passengers, however, due to poor economic conditions, we often have nearly twice that number of passengers standing (99).”

The music video for “49-99” was directed by London-based director and photographer, Meji Alabi.

A scene of the music video shows Tiwa wearing lengthy braids that formed intricate patterns around her, paying homage to her heritage.

Part of the song’s lyrics goes:

Ọmọ no be so me I want to live oI got to get the dollar, ko kunle’

Here are all the places to download and listen to “49-99” by Tiwa Savage: