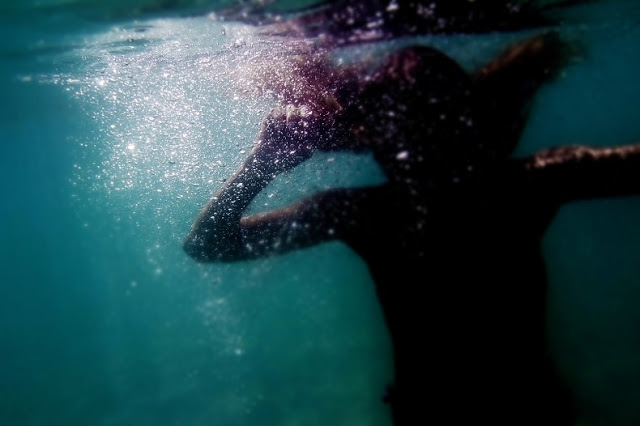 Makurdi, the Benue State capital, was thrown into mourning last Friday
after the discovery of a lifeless body of a mother of two said to have
drowned herself due to her inability to repay the loan of N400,000 she
invested in MMM, writes JOHN CHARLES

Husband of 34-year-old
mother of two, Gloria Samson, whose lifeless body was discovered
floating on River Benue by the police in Benue State, has said he didn’t
have any inkling that his wife planned to kill herself.

Speaking
in an emotion-laden voice, David Samson told SUNDAY PUNCH that he was
aware that his wife was a victim of the money-doubling scheme; Mavrodi
Mundial Moneybox otherwise called MMM.

The deceased began the
journey to her final resting place at a public cemetery located in Ankpa
ward, Makurdi, the state capital, last Friday.

As her corpse,
wrapped in a casket, arrived in the cemetery, crowd of mourners wore
gloomy faces, women wept profusely and men in teary eyes shook their
heads intermittently.

The circumstance surrounding the death of
the woman fuelled the agony of the sympathisers who knew the deceased.
She lived with her family at Vandeikya Street, Makurdi.

Sources told
SUNDAY PUNCH that the woman left home without her phone three days after
Christmas and reportedly told her kids to forgive her. She also sent
same message to her husband through her children.

It was learnt
that few days after she left her home, precisely January 2, the police
in Benue discovered a lifeless body floating on River Benue at Wadata
area, few kilometers to her residence.

Rescue operations got the
floating corpse and deposited the remains at the Federal Medical Centre,
Makurdi. Meanwhile, Gloria’s family had searched for her for three
weeks until they heard about the corpse the police discovered on River
Benue which later turned out to be her.

Samson disclosed that he
was aware that his wife took a loan of N400,000 from four different
places which she did not invest in her petty business.

He said,
‘‘My wife was into petty trading and she had been collecting soft loan
from a micro finance bank to boost her business. Anytime she collected
the money, she paid back and in most cases, I was her guarantor.

“You
know women sometimes keep secret; towards November and December 2016, I
discovered she took a loan from four places amounting to N400,000. I do
not know what she used the money for because there was nothing in the
shop to suggest that she invested the money in her business.

“She
did not tell me but what I observed is that my wife developed a cold
attitude around the time the report of the freezing of accounts of MMM
subscribers in Nigeria went viral. Her attitude changed and she became
depressed.”

He stated that the situation lasted till the
Christmas period and when he asked her what the problem was, she told
him that she was sick and he told her to see a doctor.

“She
obliged and was diagnosed of typhoid and malaria and placed on
medication. Even on Christmas Day, she could not go to church. A day
after Christmas, she complained of pile and I had to buy traditional
medicine which she declined to take. On December 28, 2016 around 11pm, I
was at my place of work when my son, Wisdom called me using his
mother’s phone number telling me that his mother had left the house
since and had yet to return. I told him I was close by and on getting
home, I did not see her. I discovered that she left the house with a
gown and bathroom slippers.

“I tried to look for her and could
not find her. I picked my phone and contacted my siblings and
brother-in-law. The following morning, I went to B Police Division to
complain but I was told to wait after 24 hours, which I did. On the
second day, I was asked to make a statement and leave behind my phone
number.’’

The distraught husband further said he did not hear
from the police for two weeks and he had to keep searching and informing
people in case anyone of them saw his wife.

“Some members of my
church including my pastor were aware and kept on interceding for us .
This continued until last Tuesday when a woman came to my house and told
one of my neighbours that a police woman told her that they discovered
the body of a woman floating on River Benue around Wadata area since
January 2.

“Immediately I heard this , I was perplexed because
something in me told me it might be my wife . I told my neighbour to
join me to go to A Division at Wadata. When we got there , the police
showed me the picture of the dead woman and I discovered that she was my
wife.’’

He told our correspondent that he was still confused
as to what could make his wife to kill herself . He stated, “ My wife
loved herself and she could not even allow a razor to touch her body not
to talk of going to this length. That is why I said it is more of
spiritual attack, but only God knows.

“At the same time , when
you look at the whole scenario, there is a conclusion that the money
she collected was not invested in her business.’’

Neighbours of
the deceased who spoke to our correspondent on condition of anonymity
said she became moody shortly after the operators of the MMM froze three
million accounts belonging to its Nigerian subscribers early December.

One
of them said, “What we gathered is that she borrowed money from four
different places and invested it in MMM . But shortly after MMM froze
the accounts of its Nigerian subscribers, she withdrew from people.”

Another
neighbour stated, “ The woman was a jovial person but suddenly she
withdrew to herself . I even tried to find out what was wrong with her
because she was my customer but she did not tell me . She had a shop
where she sold petty things. I later gathered that she took a loan from
various places but instead of using it for her business, she invested it
in MMM and since its collapse, she had refused to talk to anybody.”

One
of the late woman ’ s customers at Wadata market, Makurdi, identified
only as Bridget said, “We met before Christmas and she lamented that
she invested the loan she took from a micro finance bank and other
sources in an investment that would bring quick and double money (
referring to MMM) but the thing collapsed. She threatened that she would
run away and I even preached to her not to do so. Since then, I did
not see her again only to hear last Tuesday that she drowned herself in
River Benue around Wadata.”

When contacted, spokesman for the police in the state, Moses Yamu, confirmed the incident.

“The husband of the deceased had come to claim the corpse,” he said.

One Comment on “Woman who invested 400K in MMM commits suicide”