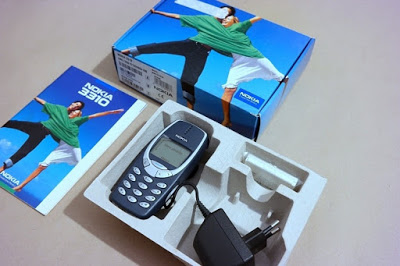 According to a report from VentureBeat, sources from the Finnish company with exclusive rights to make phones under the Nokia name, claim the company will launch a “modern version” of 3310 at the Mobile World Congress event in Barcelona this month.

HMD Global Oy, makers of Nokia mobile devices, is tipped to be announcing a total of four new phones, including a revamped $80 version of the retro handset from the early 2000s.

In addition to its near-indestructible build, the legendary brickphone’s relatively small 900mAh battery was able to last 55 hours on standby — something modern smartphones struggle to rival.

When released, the 3310 introduced vibration, an extended SMS character limit, screen savers and other features taken for granted on today’s devices.

Similar to its predecessor, the 3310 allowed users to chop and change the design of the phone, with both the front and rear covers interchangeable.

Besides the already revealed Nokia 6 — available only in China — HMD is tipped to be announcing two other mid-range devices powered by Android 7.0 Nougat.

The Australian availability of all four Nokia devices is yet to be announced, but there is no doubt the 3310 would sell based on nostalgic appeal alone.

HMD would just have to make them compatible with modern day SIM cards, the 4G network and modern messaging standards — all without losing the durability and battery life that made the original so appealing.

One thought on “Great news! Nokia 3310 is coming back this year!”

Grammys 2017: 5 Reasons Why Adele Won Instead of Beyonce

Wed Feb 15 , 2017
by Steve Knopper   Even Adele, who won Grammy Awards in all the major categories, couldn’t believe it. “I thought it was her year,” she said of Beyoncé, whose acclaimed album Lemonade dominated critical discussion in 2016 yet was shut out last night. “What the fuck does she have to […]