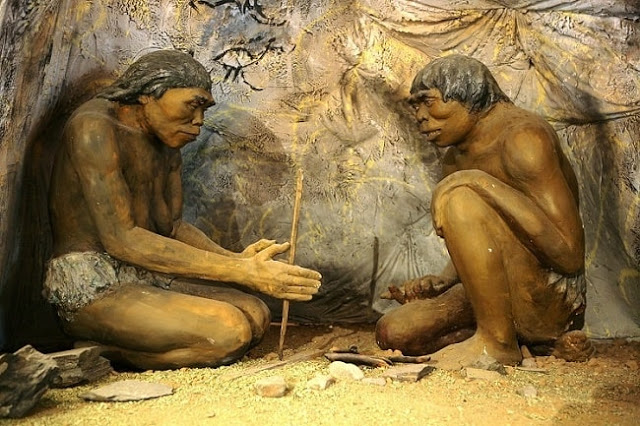 Scientists who compared the skulls and DNA of human remains from around the world say their results point to modern humans (Homo sapiens) having a single origin in Africa.

We are all solely children of Africa—with no Neandertals or island-dwelling “hobbits” in our family tree, according to a new study.

The study didn’t find any evidence to suggest that human species living elsewhere in the world contributed to our direct ancestors’ make-up.

A team led by Andrea Manica at the University of Cambridge, England, combined analysis of global genetic variations with comparisons of more than 6,000 skulls from more than a hundred ancient human populations.

The team found that loss of genetic diversity was very closely mirrored by reduced physical variation the farther away people lived from Africa.

Only Out of Africa…

The new data support the single origin, or “out of Africa” theory for anatomically modern humans, which says that these early humans colonized the planet after spreading out of the continent some 50,000 years ago.

In the past, experts have also argued a “multiregional” theory, which held that Homo sapiens arose from different human populations in different areas of the world.

“The origin of anatomically modern humans has been the focus of much-heated debate,” lead author Manica said.

“We have combined our genetic data with new measurements of a large sample of skulls to show definitively that modern humans originated from a single area.”

Previous studies have found that genetic differences in human populations can be explained by distance from Africa.

The new study also looked at 37 measurements from male and female skulls from around the world. The chosen skulls were all less than 2,000 years old, making them better preserved and more likely to give accurate measurements than older skulls.

Many skull features were determined by the different environments where the humans had lived.

But distance from Africa was still found to account for up to 25 percent of variation in the features.

The researchers made sure that the DNA analysis used the same framework as the analysis for the skulls—so the two could be fully compared, Manica said.

“I would argue we had two independent shots at getting the same answer, and remarkably, the answer is exactly the same,” he added.

The lowest amount of variation was found in ancient populations from South America and Australia, the two main inhabited regions most remote from Africa.

The study team, writing in the latest issue of the journal Nature, argues that this low variation in remote regions relative to Africa would be expected if Homo sapiens arose solely in Africa.

That’s because populations built up genetic and physical diversity for some 150,000 years before the fossil record suggests the first pioneers started spreading elsewhere.

But it wasn’t until between about 20,000 and 30,000 years ago that modern humans reached South America and Australia, the team noted.

“The more you move away from that center of diversity where you started, the less diversity you have,” Manica said.

This pattern was remarkably consistent globally, the researchers found.

The study places the original roots of modern humans in south-central Africa.

In the middle of this region lies the Great Rift Valley—often referred to as the “cradle of humanity.”

Some researchers believe that modern humans are at least in part the product of non-African species descended from Homo habilis, which left Africa at least 1.5 million years ago.

Such groups include the Neandertals of Europe and western Asia, archaic human types in eastern Asia and Australia, and perhaps even the controversial hobbit humans from the Indonesian island of Flores.

“What we can confidently say is that there has not been a wave [of anatomically modern humans] starting from somewhere else, because then you’d find a second area with more variability,” Manica said.

What Manica can’t say is “that matings with the Neandertals never ever happened, but if it did happen, none of the descendants stayed around.”

Effectively, any mating had no contribution whatsoever to modern humans, he added.

Trinkhaus is critical of the latest findings.

Certain genetic and anatomical traits “cannot be explained as a simple and complete expansion of modern humans out of Africa,” he said.

“The idea that humans get more uniform further from Africa is simply ludicrous,” he added, noting that modern-day Chinese and Australian Aborigines look no more similar to each other than do Africans and Europeans.

Fred Smith, an anthropologist at Loyola University of Chicago who is unaffiliated with the research, agrees that the findings confirm there is an African origin for modern humans.

Smith nevertheless argues that the study is not at odds with the idea he first proposed in 1989 that there was “some low-level assimilation of archaic peoples into these modern populations.”

And Charles Roseman, of the University of Illinois at Urbana-Champaign, said: “It could very well be that there was a recent out-of-Africa expansion, coupled with some either small or large amount of genetic exchange with humans outside of Africa.”

One Comment on ““All modern humans originated in Africa””