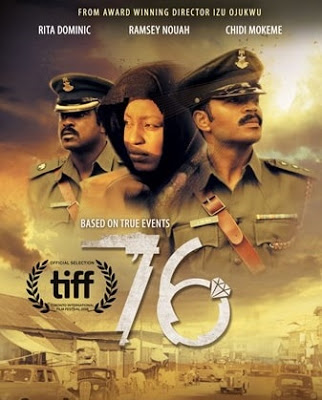 The accolade for best overall African movie at the 2017 AMVCA awards went to ’76.

’76 is a Nigerian historical drama produced by Adonaijah Owiriwa and Izu Ojukwu and directed by Izu Ojukwu.


Handsomely shot on Super 16mm film, ‘76 is a cut above most
straight-to-DVD Nollywood productions, which are typically cheap and
amateurish.


Though there are still
some minor technical and stylistic issues like the sluggish pacing and poor sound mixing, director Izu Ojukwu ultimately hits the target
more than he misses.

In a review, The Hollywood Reporter called ’76 “a Nollywood thriller with Hollywood aspirations.”