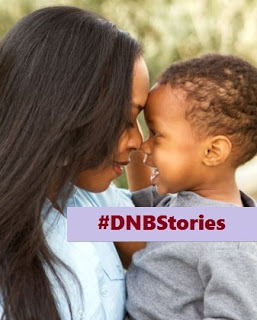 Samson met Rita at home when he returned.

He’d opened the door gently and entered the room slowly.

He didn’t bark at his gate man behind him when he asked him again, ‘Oga, where you say make I drop the bag?’

He simply repeated himself, ‘Drop it by the wall, Felix’, his voice nothing like the way it usually were when used on an employee.

Felix put up his two hands in the air and then bowed. ‘Aunty, good afternoon.’

The door shut behind Felix.

Samson looked at his wife on the couch again. ‘Nne, kedu?’ he said.

Rita did not respond. But she watched him with some curiosity.

Samson set his leather case down on the trendy glass table at the centre of the room. He removed his glasses and dropped them on top of the case.

Dipping into his pocket, he removed a tiny, velvet box. He extended it to Rita. ‘Here, I got you a gift.’

Rita only stared at his outstretched hand.

‘I don’t want your gift, Samson.’ Rita turned away.

Samson sort of nodded. He turned and dropped the box on the table.

‘I nuru ihe m kwulu? Did you hear what I said?’

Rita stood to walk away.

‘Can we go to church?’ Samson said.

Now Rita’s attention appeared to be finally caught. ‘Why?’ she asked him, stopping.

‘Just to go and pray — and maybe see the pastor too.’

‘Why are you acting slow?’ Rita finally asked.

‘I conducted an interview today, one of the applicants said things.’

‘What kind of things?’

Rita stared at him, but she said nothing else.

Rita could have smiled. She always did whenever Samson called Fiona Fin-Fin. It was how Fiona called her name the time she was first starting to talk.

‘I don’t feel like going out,’ she said to Samson.

She was walking away when Samson’s phone began to beep.

Perceiving the clandestineness in his voice, Rita stopped halfway on the stairs and looked back.

‘What?!’ Samson said. ‘What is that supposed to mean?’

He looked to see if his wife was looking.

‘Listen, my friend, if you can’t find the body, you keep on looking, okay? Keep on looking till you find it!’

Then in milder tone he added, ‘If you find him and he is by any chance still alive, you make sure you keep him safe, okay. Keep him safe!’

He ended the call.

Rita’s hand stiffened on the silver railing of the staircase. She had to drag her foot a little to lift it again.

On their way back, Sammy took James to Mr Biggs close to New Garage.

She bought him rice and meat and ordered yam porridge for herself. She liked eating the restaurant’s yam porridge and most of the attendants there already knew her order before she called it.

As she and James were eating, the woman at the same table with them smiled and said to her, ‘What a cute boy you have!’

Sammy nearly said ‘He is not mine’ but eventually didn’t. She returned the smile instead and said to the woman: ‘Thank you.’

James took no notice of whatever the two women were discussing. He concentrated on getting as much rice into his mouth as possible.

‘And he is such a good eater too!’ the woman said again, smiling pleasantly—as though seeing a child eat was a fantasy she’d borne for long. ‘Please give him water.’

Sammy quickly took the bottled water in the red tray and uncapped it and passed to James.

The little boy collected the bottle with two hands.

‘Next time don’t give him cold things,’ the woman said again.

Resisting the urge to tell her to mind her business, Sammy feigned a dead smile.

‘He should be approaching five now, is that not so?’ The woman again, after a while.

‘Yes,’ Sammy said. She looked at James with a wondering face. Left to her, the boy should be nothing less than 10.

It always confused her why babies act the way they do—adults this minute and annoyingly puerile the next minute.

She turned to Bayo again. ‘You said the police station is not far, maybe I should go there and report.’

‘Go where?’ Bayo looked almost amused. ‘Who you wan find for there? Sit down, they will soon be back.’

He added another thing in Yoruba which Amaka did not understand, or bother to try to.

From the tone of his voice alone, Amaka could tell it wasn’t the good type of okay. It was more like the do-as-ever-you-please type.

Amaka was least bothered. She was at least happy that the boy wasn’t smoking today—the first time she saw him, in Phillip’s room that first day she came, with his swollen eyes and dark lips, Amaka had thought of him as a pickpocket.

The kind of boys that filtered through crowds in the market and people’s things would start going missing.

She looked in four directions all in one time.

And she saw him, her son, detaching from Sammy’s hand and running towards her.

Sammy watched as Amaka spread her arms wide and scooped the little boy on to her body.

She almost got jealous seeing the so much display of mother-and-child affection.

Maybe motherhood isn’t that much an ugly thing, she thought.

Yet she still cannot understand why her own mother left her with her grandmother and ran away.

Now in Amaka’s front, she said to her, ‘Where did you go last night?’

Amaka did not know where to start explaining from.

‘Thank you,’ she finally was able to produce.

‘Maybe he’s gone to work from there.’

Now an idea popped up in Amaka’s mind.

‘Please do you know where his office is?’

‘Why? Go and relax, he will return soon.’

Amaka nodded and asked still, ‘What of the Madam he works for, do you know where she lives?’

James pointed at Sammy and then rubbed his tummy which has bulged a little.

With a small smile, Sammy said, ‘I bought rice for him’.

Not able to understand what Amaka said, Sammy only made a face.

As soon as she was inside the room, Amaka reached a jacket hanging on the wall hanger and searched the pockets.

She took out a card and read through it.

Amaka glanced through the address on the card again.

‘Nnaa,’ she said to James, ‘you will have to go and stay with your Aunty till I return, okay?’

James shook his head, but Amaka was already changing into a new skirt.

Inside her own room, Sammy took her old diary and turned to the page where she listed old contacts’ names and numbers.

She took her phone and dialled Seyi, her one-time boyfriend.

They talked for quite some time, in native Yoruba and subtle smiles, and finally the call was ended with Seyi saying, ‘I’m happy you called.’

Uzoma walked into their sitting room to find her husband, Onyemaechi, all by himself and looking very glum in the face.

Uzoma came closer. ‘What is it?’

Uzoma stared at him for some time but eventually took a seat.

‘When my younger brother, Maduka, was alive,’ Onyemaechi began, ‘I fought him. I fought him with everything I have. When he finally succumbed to the cold hands of death, I thought I had finally won. But it was a lie. I didn’t win. It wasn’t me that won. Nobody wins here. In fact, asidim kwuo, it was him that won, because despite all the troubles I gave him, he still joked and smiled and laughed. Do you know that one morning when I went to meet him, to warn him against disobeying me, I met him dancing with his wife? Look at me, do I even know how to dance?’

Uzoma pressed down her cheeks.

‘I gained all the land but I lost a brother, I did.’

Uzoma joined her palms together. ‘Well, I did not send you to start fighting with your brother. I did not.’

‘Ebeekwanu ka I jeko ugbua?’ Uzoma asked him. ‘Where are you going?’

‘Let me come.’ Onyemaechi walked away.

Uzoma rose from her chair, cheeks still flat. She spread out her palms. ‘If only they do not touch the cocoyam that I have already planted,’ she murmured. ‘If only.’