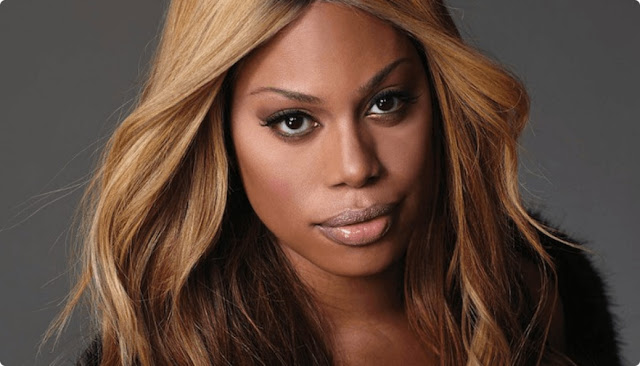 Trans Women Are Women. This Isn’t a Debate!

Nigerian writer and feminist Chimamanda Ngozi Adichie has been a favorite of mine since I first saw her “We Should All Be Feminists” speech. It was just a few months shy of Beyoncé’s release of her iconic anthem “***Flawless,” which heavily sampled Adichie’s stripped-down thesis on what feminism means.

I was inspired by seeing another black women so unapologetically claim the feminist label and be willing to discuss it publicly. However, I should have known that her analysis on womanhood would exclude transgender women. Plenty of other mainstream feminists have shared their own transmisogynistic (anti-trans-women) views with a conflation of gender, sex and socialization in their core beliefs about equality.

Adichie’s stake in this bubbled to the surface in a Channel 4 News interview that was released on Friday.

She began by gaslighting transgender people. On one hand, she wanted to give the appearance of inclusion and understanding, but on the other, she stripped trans women of their womanhood. By not being able to simply say, “Trans women are women,” Adichie is categorizing trans women as an “other” from womanhood.

Trans women are a type of woman, just as women of color, disabled women and Christian women are types of women. Just as you would be bigoted to deny these women their womanhood, so would you be to deny trans women of theirs.
Then Adichie invalidates trans women for not having a certain set of experiences.

When cisgender women do this, it reminds me of how white women in the United States were initially viewed as a more valid type of woman than black women. In her iconic 1851 “Ain’t I aWoman” speech, Sojourner Truth spelled out how inaccurate and privileged it is for us to use these limitations in public discourse.

“That man over there says that women need to be helped into carriages and lifted over ditches, and to have the best place everywhere,” Truth said. “Nobody ever helps me into carriages, or over mud-puddles, or gives me any best place! And ain’t I a woman?”

Adichie’s next major point that womanhood is “about the way the world treats us” is problematic and uninformed as well. Defining womanhood purely by how we’re oppressed strips us of our agency and self-determination and empowers the patriarchy. I am a woman regardless of my experiences of sexual harassment and being invalidated by men at various points in my life.

Further, these are experiences that she either thinks trans women can’t undergo or it matters less when these things happen to us. And if we play by the Oppression Olympics view of who has it worse, many could easily make the case that trans women do.

In a 2011 survey, “Injustice at Every Turn,” transgender people were reported to be twice as likely to be unemployed and four times as likely to make less than $10,000 a year. Then, in a 2013 report by the National Coalition of Anti-Violence Programs, transgender women were found to be 1.8 times more like to experience sexual violence than other survivors.

Within the LGBTQ community, trans women account for 72 percent of homicides, far surpassing numbers for cis women. It gets worse: 2016 was the deadliest year on record for transgender women in the United States, while our sisters in Brazil accounted for 144 reported murders throughout the year.

It is true that many trans women are not perceived as women for a portion of our lives. This, however, does not mean that we are afforded the experience of men. Does this mean that we can get back our “100 percent woman” distinction once we’re out as trans for more than the time we were perceived as a different gender? Does this mean that the growing group of young trans girls who transition at a single-digit age will never be respected in their womanhood?

This is a slippery slope, and if we define the experiences of trans women in this way, then you’re defining the experiences of cis women who may not be able to live up to your expectations. I am not interested in a three-fifths compromise on my womanhood.

Despite my disappointment in Adichie’s assessment of trans women and our experiences, I am not interested in throwing out my sister. There’s a particular swiftness that plagues black women who are public figures that doesn’t chase white women in similar situations. If you want to stand on a pedestal and denounce Adichie, you must be doing the same to white women like Lena Dunham and Amy Schumer who are praised while consistently feeding into anti-blackness.

And while you’re at it, understand that liking posts on Facebook and retweeting Twitter threads isn’t the only thing you should be doing to confront transmisogyny. Compensate trans women for their work. Expand access to jobs and resources. Most of all, elevate trans women to speak for ourselves.

Holding people accountable requires a certain amount of creativity, patience and empathy. When I hold my black cis sisters accountable, as a black trans woman, I acknowledge positionality in a nuanced way. Black women, in general, are overlooked, spoken over and ignored in mainstream conversations on women’s issues. Understanding this allows me to approach the conversation with a certain sensitivity to our common struggle.

Now, I’m not interested in coddling cis people, but I believe that if we show more care than not with our sisters, our conversations will be that much more fruitful. I urge black cis women to do the same and also realize that not all black trans women are interested in or owe you this dialogue.

She is the communications ssociate for Transgender Law Center, the largest organization in the U.S. advocating on behalf of transgender and gender-nonconforming people. Follow her on Twitter.