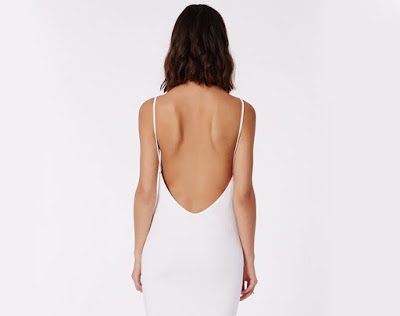 Please note that this piece might not be suitable for younger readers.

I was about five years old when I first touched a penis. I didn’t want to, but I did. He was a family member in his teens. We were watching television at my grandmother’s house when he motioned for me to come sit on his lap. Slowly, he moved his hands up my skirt and touched my vulva. Then he moved my hand towards his crotch and had me feel him up. I didn’t want to, but I did.

I was about 10 years old when I first saw a penis. I didn’t want to, but I did. He was a random man on the street. I was on my way to buy bread at the local Spar. I had just turned the corner from our street when a man sat down on the ramp leading up to the building on my left.

His sudden movement caught my attention so I looked in his direction and there it was, his penis peeking through the shorts he was wearing, against his thigh. I thought it was a mistake but then the same man, a number of times after that, did the same thing. I recognised him after that and so each time I saw him, I crossed the street. I didn’t want to see it, but I did.

When I was 13, I was sitting in my Grade 7 English class when one of the boys whispered my name. When I turned around there it was, his penis in his hands. I was shocked and turned around without a word. We were sitting right at the back of the class so the teacher had no idea what was going on. Some of the other kids giggled — boys and girls. I was embarrassed. He then said: “I showed you mine, now you show me yours.” I didn’t, but no matter what I did, I could not unsee his.

When I was 25 I was at a party with my friends. We had been drinking and celebrating a birthday. At some point I got tired but there was no space on the couch. I decided to put my legs on the laps of everyone on the couch while the rest of my body leaned onto an ottoman next to it. There was a blanket over my legs. Suddenly, I felt a hand reach over and touch my crotch.

I froze for a few seconds, shocked and unsure of what was happening to me. I then moved the man’s hand from my crotch hoping that he would stop. The more I pushed his hand away the more he pushed back, now trying to unbutton my jeans. I moved, put two ottomans together and uncomfortably lay on them until I could fall asleep. As soon as the sun came up, I drove home with my best friend. I didn’t want that man to touch me, but he did.

Every single one of the men in the above scenarios committed a crime. It is a crime to expose yourself to someone without their consent. It is a crime to force someone to touch your genitals. It is a crime to touch someone’s genitals without consent. The Criminal Law (Sexual Offences and Related Matters) Amendment Act 32 of 2007, explicitly lays this out. These and other similar acts are defined as sexual assault. I didn’t know then, and I can bet good money that many people do not know either now. These acts are not just harassment — they are explicit violations.

But even if I knew, I just did not have the courage to say it out loud. In each instance, my voice crawled deep into a dark room within my larynx and closed the door shut. When it finally unlocked the door, my voice came out weak, and I felt like the time to speak had come and gone.

I also wondered about what would happen if I did speak up. What would I say? If our society fails to take rape seriously, then what happens when “all” someone did was touch me inappropriately or show me his penis.

There’s a minimisation of these kinds of violations and assaults. If it is not violent in the age-restricted definition, then it didn’t happen or it is not that big a deal. We’re seeing this play out in the way the Okmalumkoolkat defense force argues: it wasn’t rape, he just made a mistake. It was the alcohol that made him walk into a woman’s room, fondle her and tell her to keep quiet. It was his brokenness that made him do it.

Rape culture is rife. Not only in South Africa, but in the world. It continues to thrive, cushioned by a comfortable denialism from various sects of our society. Just the other day, Phumzile Mlambo-Ngcuka highlighted the fact that violence plagues women more than any other thing in the world. And what rape culture does is shame us and teach us to be silent about it.

Rape culture teaches us that when men catcall us, when they call us names for not wanting to speak to them, when they grab our arms as we walk past them, when they flash their penises at us, when they kiss us without our permission, add pills to our drinks, give us alcohol to help us “loosen up”, they are just being men. It’s what they do and our protesting is us being difficult, it’s us trying to “change the rules of the game”.

At what point does a 13-year-old boy learn that if he shows a girl his penis then she must show him her vulva? At what point does a teenage boy decide that it is OK for him touch all his toddler girl cousins? What makes them do that is rape culture. It is not a myth — it is women’s reality.

On Wednesday night, I had the honour of attending the first ever Women’s Assembly at the University of the Witwatersrand, my alma mater. The event was entitled: The Fear Factory, a term coined in Prof Pumla Gqola’s book “Rape”.

Gqola herself was the main speaker, and student activists performed and spoke about the importance of feminist activism in all spaces. The fear factory is about the manufactured feeling of fear that allows for rape and its culture to thrive in our society. You can read an explanation of it from her book in this extract.

The manufacturing of fear is about power. In the conversation on Wednesday, Gqola spoke about disrupting the status quo and refusing to remain silent even though society dictates we should be. She said feminists needed to stop seeing fear as a dirty concept, and confront it. While our desire is to overcome and claim our place as survivors we should not be afraid to be victims too because patriarchy and violence victimise us. We should own our fear, this way we can confront it. Fear does not make us weak.

Each time I did not say anything about what happened to me I was afraid I was afraid of what my family would say, what my friends would think or what my teacher would say, and then I was afraid of what I would do to the career of a young man who has a future ahead of him. I couldn’t just speak. What I didn’t realise what that all this fear came from me wanting to protect others and neglect myself. Rape culture forces us to neglect ourselves because you cannot air our dirty laundry for others to see. These conversations are not for the world, they are secret and shameful.

Often we are told not to be angry, not to fight back, not to rage but rather to behave, remain in line and forgive. On Wednesday night, activist and filmmaker Beverley Palesa Ditsie said she did not understand why women were not fighting harder, why we were not defending ourselves.

“If women were a country under siege, then we would long have called a state of emergency,” she said.

A war is being waged against our bodies and we should not be afraid to fight back.

Shandukani Mulaudzi is the Engagement Editor for The Huffington Post South Africa. She previously worked for City Press, Finweek Magazine and YOU Magazine.

She has a masters from the Columbia University Graduate School of Journalism and is a graduate from The University of the Witwatersrand and #UCKAR.

She drinks way too much coffee and loves podcasts, especially Modern Love.