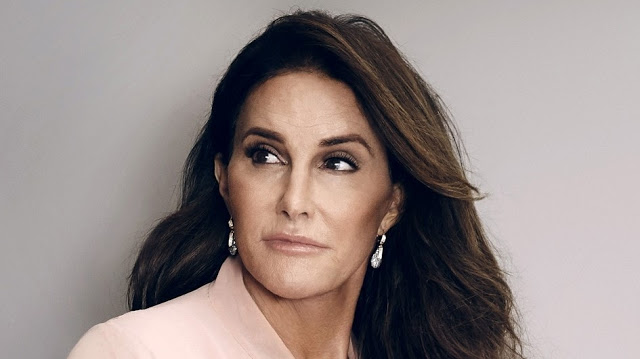 Assigning someone’s sex is based on biology — chromosomes, anatomy, and hormones.

But a person’s gender — the inner sense of being male, female, or both — doesn’t always match that sex.

Transgender people say they were assigned a sex that isn’t true to who they are.

Many people have assumptions about what it means to be transgender, but it isn’t about surgery, or sexual orientation, or even how someone dresses.

It’s how they feel inside.

According to an analysis based on federal and state data, about 1.4 million adults in the United States are transgender.

1. Each transgender person is unique, and their journeys are personal.

While some say they are the opposite sex of what they were assigned at birth, some feel they are both male and female. Still others don’t identify as either gender.

2. United States and Brazil have the highest transgender population in the world, followed by Philippines and Thailand.

3. Caitlyn Jenner and Laverne Cox are arguably the most famous transgender people in the world.


Still, there are a host of other popular and accomplished transgender people.

4. Transgender people can be straight, gay, or bisexual.

Don’t assume every trans person is gay. Being transgender has nothing to do with the kind of people one is romantically attracted to. Gender identity is the gender with which you identify; sexual orientation is the gender to which you’re attracted.

5. People of all ages can be transgender.

Although some people think they may be transgender in childhood, some don’t realize it until they’re teens or adults.

It’s not unusual for someone to come out as transgender after they’ve had kids or retired. They may feel they couldn’t express themselves before, or didn’t realize they were trans until later in life.

Many trans people seek counseling, but being transgender isn’t a mental illness.

Many trans people are depressed or anxious or become socially isolated, but often it’s the fear that loved ones will reject them (or have already done so) that bring those feelings.

“People struggle with anxiety or depression when they feel they can’t be who they are,” says Helen R. Friedman, PhD, a clinical psychologist in St. Louis who specializes in gender identity and transgender issues.

For some, this can lead to clinical depression, alcohol and drug abuse, or other mental health problems that need treatment.

For many, the decision to come out brings relief and pride.

Charles (Chloe) Anderson, as she asked to be called, is a transgender woman in Florida. She felt bad about herself for years and was afraid nobody would understand her.

Then she got counseling and came out. Her family didn’t support her, but her life got better. She started hormone therapy later on and plans to legally change her name too.

“It has given me a sense of triumph,” Anderson says. “Knowing that at the core level I have started accepting who I really am is allowing me to start rebuilding my life.”

The happiness and relief some people feel once they are living in their true gender “allows them to go forward in other aspects of their lives,” Friedman says.

Most people never think about what their gender identity is because it matches their sex at birth.

A transgender woman lives as a woman today, but was thought to be male when she was born.

A transgender man lives as a man today, but was thought to be female when he was born. Some transgender people identify as neither male nor female, or as a combination of male and female.

There are a variety of terms that people who aren’t entirely male or entirely female use to describe their gender identity, like non-binary or genderqueer.

With transgender women, some people think they are simply gay men who transition because they want to be with straight men, but nothing is more wrong.

Transgender women are people assigned male at birth, who know that their internal sense of themselves is that they are a female.

They can be attracted to men or women, or both.

Children can begin expressing the fact they feel like they are a different sex than the one they are assigned at a very young age.

Many children engage in gender play, but when a young child, persistently and consistently expresses the idea that they are a different gender, parents should take that seriously and consult with an expert about whether or not their child might be transgender.

So many little boys put on mommy’s high heels or tie a wrapper, but that doesn’t mean they are transgender.

It’s a different story when every day, a child is saying: ‘I am meant to be a boy or I am really a girl.’

One Comment on “Who is a transgender? 7 things you need to know…”