The New Girl in the Hood 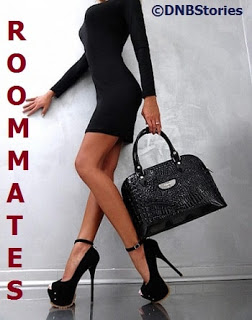 A new kind of queen arrives.

Georgina and Nwamgbeke continues to fight.

The girls went for a party.

A new truth is revealed and the girls swore revenge.

But their plan suffers a deadly flaw!

…at the balcony, Chuka caught April.

Georgina and Nwamgbeke stopped and ran back to them.

Before Nwamgbeke could come close enough, Chuka shoved her, so hard she fell off the railing, plunging to her death.

For many long seconds there was no motion at all.

There was not a single sound.

With their mouths open, Georgina and April gaped straight ahead, stiff and lost.

And then they jerked back to life, both at the same time, and grabbed the man who had pushed their friend to her death.

Like possessed animals, they tore, scratched and bit at Chuka, all the while screaming out in agony.

But still, they were no match for the monster.

He struck April first and she fell away, writhing and groaning on the dusty floor.

And then he grabbed Georgina, stiff at the neck, determined to cut off the last of her breath.

Our dear roommate struggled and growled from pain and lack of air.

Her tongue came out.

Her struggle began to drop.

But then, like a miracle, a great sound resonated across the entire environment, diverting all attention.

It was the police!

The entire compound has been surrounded and the loud warning came through their megaphone.

You see, only a few minutes after her abductor took Loveth away, the girl called Araba who on her own had been battling severe insomnia for some time came to the roommates’ room to knock.

The authority just restored power and she needed to borrow a movie.

At the second knock, she discovered the door was unlocked.

She pushed it in and entered the room.

The condition of the room got her suspicious immediately.

She called out to Loveth, again and again, but no response came.

And just then she saw her phone on the floor, by the corner of the bed.

She picked it up and read the text message Georgina had sent earlier.

“We are at number 32 Thomas Ibe Street. Please call the police immediately, he is a very dangerous man. I’m scared.”

And this was how it came to pass that someone else got hold of the lifesaving information.

And it was someone who knew exactly what to do with it.

Meanwhile, Loveth still struggled with Anthony on the floor of the empty room.

The thick-bodied roommate fought on like she had never done before, rolling this way and that on the dust and snapping her legs with force.

In the process, two things happened.

The ropes binding her wrists together came undone.

With her hands now free, she acted fast and sent her aggressor’s head to the wall just beside her.

Anthony slumped on her, unconscious.

Loveth, sweaty, stunned and worn-out, struggled to catch her breath.

It’s been some days now since Nwamgbeke’s funeral.

April, Loveth and Georgina were all still at Ichida.

They had decided to stay some more time with Deh Obika, Nwamgbeke’s father.

The old man was deeply heartbroken and rarely touched his food.

But just this morning, a great revelation was made.

The weather was hot and Georgina came out in only her red singlet and short skirt.

That was when Obika saw the mark on the top of her arm and his eyes flew open in shock.

He dropped his chewing stick and came close and touched the mark—a line in the shape of an O made with razor.

Georgina stared at the old man in confusion.

‘My dear,’ Obika called, ‘remind me that your name again.’

He touched her arm again. ‘Who is your father?’

‘Where and who did you grow up with?’

‘I grew up with my Aunty in Udoka.’

Obika took a step closer to her. ‘Where?’

‘That is what my aunty calls me.’

Obika’s head swayed. ‘Aww, Nnem,’ he said. ‘My dear, that woman is your mother.’

Obika threw his arms around Georgina. ‘You are the fair one,’ he said. ‘It is you.’

A bewildered Georgina did not hug the old man back.

Georgina continued to stare at the old man, her forehead still creased in confusion.

‘My dear, you are my daughter,’ Obika said. ‘When you two were born, I called the dark one Nwamgbeke, my mother’s name and the fair one, Ochiabuto, my father’s name.’

Obika pointed at the mound of earth close to the wall. ‘My dear, that is your twin sister lying there.’

When she finally blinked, tears followed.

She turned and hugged Obika, her shoulders heaving.

April and Loveth stood aside, watching them.

After Obika’s story of how he and his former wife fought and she ran away with one of the twin girls many years ago, Loveth wiped her eyes, stood and went to wipe Georgina’s eyes too.

And this is the story that truly touched her and for the first time since she was nearly raped by Anthony, she finally started to heal.

Later that same month, a judgement was passed in a High Court.

Chuka got himself a death sentence while Anthony will remain imprisoned for life.

Only just three days after the girls returned back to school for the final part of their Final Year, they saw a girl at the junction.

She was carrying bags and looking lost and distressed.

‘Hello, sis,’ the girl returned sharply, surprising April. She extended a hand. ‘I’m Phil, and you?’

April gave her another look. ‘April. My name is April.’

‘What a pretty name you got, dear. I like you already!’

Georgina turned to look at Loveth with her cheeks depressed.

‘Are you lost?’ April asked the girl.

April did not know if she liked her quick manner of speech or not. She looked down her legs; she was standing on an over 5 inches peep-toe platform pumps.

Now those shoes April was sure she liked! ‘Where are you coming from and heading to?’ she asked her.

‘Oh, my dear, I just missed my flight and I’m kind of lost.’

‘Oh, sorry about that,’ Loveth cut in on them at once, imitating the girl’s manner of speech. ‘I guess you are having some difficulty in locating a nice classy hotel around. I think you should try Emerald Suites, it’s one of the best in town.’ She signalled to her friends for them to go.

They had already started leaving when the girl cried out, ‘Wait! Wait, girls, please!’

They stopped and turned back to her.

She lifted her fancy green box and sashayed toward them. ‘Please, I really really need a place to stay till I’m able to sort myself out.’

‘You are scattered?’ Georgina asked her.

Georgina made a face. ‘You said you needed to sort through your pieces.’

The girl frowned. She turned her face to April. ‘Dear, please.’

April turned to Georgina and Loveth with a near-pleading face.

Finally Georgina turned to the girl. ‘What did you say your name is again?’

‘My friend, say your real name now before we leave you here to the hungry boys in town. Short engine!’

‘Philomena! My name is Philomena!’