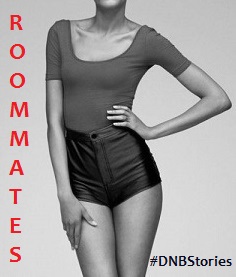 It was a cold Sunday morning.

Georgina and her big scarf burst into the hospital.

She threw a wave at the front-table nurses and made her way down the hall.

Inside the room, April, looking slightly surprised [or upset], said to her, ‘You said one hour!’

‘I know, I know,’ Georgina replied, coming to sit beside Loveth. ‘I went to church first.’

Georgina placed her palm on Loveth’s forehead, ‘Nnem, how do you feel now?’

‘Your hand is cold,’ Loveth grumbled, shifting her face away.

Georgina looked at her palm. ‘Sorry, it’s the weather.’

‘It’s barely 9, how come you returned so early from church?’ April asked.

‘My dear, they started that their offering thing and I ran away!’ Georgina said.

‘What? You didn’t give offering?’

‘Are offerings not a basic thing in church anymore?’ April said.

‘My sister, I’m following the teaching of our Lord Jesus Christ, he never asked for offering during his time.’

April was lost for words. She shook her head.

Georgina looked round. ‘Where is our lesbian?’

‘She went to get food,’ April said, ‘and please stop calling her that!’

‘She would have followed me to church today,’ Georgina said. ‘Senior Pastor came and service was extra powerful. They would have delivered her.’

‘Did they deliver you?’ Loveth said.

Georgina made a face. ‘What from?’

‘The spirit of always dodging offerings, at least!’ April threw in.

‘Shh!’ Georgina put her finger on her lips in a sign that April should lower her voice. ‘If that pastor ever finds out that I’ve not been giving offering, he will calculate the corresponding amount from my age and ask me to pay. I can’t risk it.’

April failed to suppress a laugh.

‘By the way,’ April said, ‘why are you saying pastor, I thought you are catholic?’

‘My dear, these days, each church serves a different purpose: Catholic church for weddings, Mountain of Fire for strong village witches, Winners’ Chapel for quick cash and Synagogue for exotic demons. And then when I’m old and about to die, I will start going to Deeper Life!’

April nearly choked with laughter. ‘Which did you attend today?’

‘I went to Winners.’

‘Why Winners? I thought Loveth’s quick recovery is the motive here.’

‘Love is well already, we should be more concerned with paying the hospital bills. I heard the chief doctor in this place is a medical accountant!’

‘If you dodge offerings, what then will you do when it’s time for tithes?’ Loveth asked.

‘Tithe is for fat people abeg!’ Georgina returned. ‘As I lekpa like this where will the tithe come from? Abi na the church suppose even arrange something for me sef!’

Philomena walked in then carrying a silver flask.

Georgina carried the flask from her. ‘Nne, sit up, let me feed you, you hear,’ she said to Loveth.

For each spoon she sends into Loveth’s mouth, she sent two spoons into her own mouth.

Loveth shifted and carried the flask from her.

Georgina fixed surprised eyes at her. ‘I thought you are sick?’

With one smooth sweeping movement, Loveth snatched the spoon from her hand.

She reached into her handbag and brought out something wrapped in a black plastic bag.

She gave it to Loveth.

Loveth collected the package with a hesitant face.

‘That is DFC chicken, not Mr Diggs!’ Georgina said.

Loveth smiled and thanked her.

Georgina looked round again. ‘This hospital smells so fine,’ she said. ‘Even better than that our University Teaching Hospital.’

‘This is Damian,’ Mr Okeruoha said.

‘Damian Okeruoha, your lecturer at school.’

‘Okay,’ Mr Okeruoha said. ‘I haven’t seen her in class for the past one week. I collected her number from the course rep on Friday and decided to call.’

‘Ah, you did well, sir,’ Georgina said. ‘You did very very well. Loveth is actually in the hospital now. She had a minor accident.’

‘You can shout it again, my dear, but thank God she is already getting better!’

‘Okay, ma, which hospital is she in?’

‘Yes. Just down that road.’

Ma again? Georgina made a happy face. ‘Okay, my son,’ she said. ‘What are you doing?’

‘Buy something for us when coming o.’

The call over, Georgina turned to April with a smiling face.

‘That’s not what Loveth said his name is.’

‘Whatever! His voice is thick o. It is a man’s voice.’

‘He is a male lecturer, how else were you expecting him to sound before?’

‘Nne, no go there o,’ Georgina said, ‘come to my department, you can hardly differentiate the male lecturers from the female ones!’

Loveth was awake when Damian came later in the evening.

Though she tried hard to pretend not to be, she really was very surprised to see him.

Georgina took her scarf and wound it round her head immediately.

Damian looked at her, but said nothing.

‘Nnaa, I biala?’ Georgina said to him in Igbo.

‘I heard you were sick, so I decided to come see you.’

Damian could taste the air of awkwardness in the room in his mouth. ‘So how are you doing now?’ he asked.

He glanced at Georgina and then April and back to Loveth again. He raised the bag he came in with. ‘I brought you some fruits and provisions.’

Georgina grabbed the bag from him immediately. ‘Nnaa, deme!’

‘Who told you I was in this hospital?’ Loveth asked.

Damian turned to Georgina. ‘Your elder sister did.’

Georgina gave Loveth a surreptitious, mildly scolding smile. ‘Loveth, why are you interrogating the good man that left all he was doing at home just to come and see you, eh?’

Georgina gave April a wink, and they stood.

April and Georgina walked away.

With them gone, the awkward air of the room got tauter.

‘Are you happy that I came?’

Loveth looked at him again. ‘Why are you behaving differently today?’ she asked him.

‘How do you mean? How am I behaving?’

‘Very different from how you used to behave at school.’

‘You weren’t just mean. You were more than that.’

‘You are my teacher, you have no reason to apologize to me.’

‘I still maintain that I am,’ Damian said.

‘So am I forgiven?’ Damian asked after a while has passed.

‘I can forget all the things you said to me, all your insults and name-calling, but I won’t forget how they made me feel!’

‘Worthless,’ Loveth said and turned her face away.

When Damian came out of the room, Georgina stood from the bench immediately and ran up to him. ‘How did it go?’ she asked Damian.

‘Was my sister cooperative?’

Georgina shook her head. ‘No guessing, inu, you see my small sister can like to play hard to get at first, but usually she is very easy to get. Very very easy.’

‘Easy in the good way o!’ Georgina demonstrated with a finger, Damian watching. ‘There is a small button, once you find it and click on it, gbam, she is all yours!’

Damian walked away and Georgina murmured: ‘Guess, guess, what type of a guessing lecturer is this one? Better come back o, we have bills to pay!’

Back inside the room, Georgina said to Loveth, ‘He is cute o. Big nose but still cute.’

‘Are you saying ‘So’? If not for anything, remember he is your lecturer and can easily turn your E’s to C’s at least.’

‘Which E’s are you talking about?’ Loveth said.

‘Taa, you think I haven’t seen your result sheet once?’

‘You are a stupid girl, Georgina!’ Loveth said.

‘I can beat you now o, shebi you know that I’m your elder sister.’

‘Why lie to him?’ April asked.

‘Am I not old enough to be her elder sister?’ Georgina returned. ‘Her mother even!’

She carried the bag Damian brought and looked inside. ‘You didn’t see all the things he bought? My little white lie obviously paid off.’

Something felt cold in her hand. She reached into the bag and carried out a cup.

‘How dare you send those boys to the house?’ Philomena screamed at Mrs Onwa.

‘Which boys are you talking about?’

‘The boys you sent after us. They nearly killed my friend.’

‘Why would I send boys after you? For what? Do a job you have been assigned to do?’

‘So you know nothing about the boys that barged in on us and attacked my friends and me?’

‘Boys? Wherever did I get boys from?’ Mrs Onwa did a small laugh. ‘And who are you calling friends? I am the only friend you can ever have in your entire life, do not forget that!’

‘Wait till they discover your little disgusting secret and have you lynched in the open street!’

Now it was Philomena that nearly smiled. ‘They already found out and yet still accepted me.’

‘Yes. Not everybody in Nigeria is out to kill bisexual girls, after all.’

‘Oh do not be fooled, little one, whatever you think you share with them is only temporary! No one can ever take you like I do.’

‘I don’t care!’ Philomena said. ‘I just want to tell you that I cease to be your errand girl from today.’

‘And how do you think you will survive without me?’ Mrs Onwa said slowly. ‘Phi-lo-me-na?’

‘Watch and see!’ Philomena stood and sashayed away, leaving Mrs Onwa stiff at the table.

Back at the lodge, the boy called Frank has not yet returned to his room.

In the night, while everyone had slept, someone, or something very strange visited Loveth at the hospital.

That same night, Josh met with an old friend at a lonely corner and they only discussed April.

A mysterious woman no one has ever seen before is on her way to the lodge in search of Georgina! 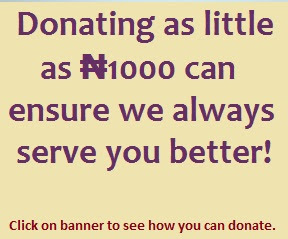