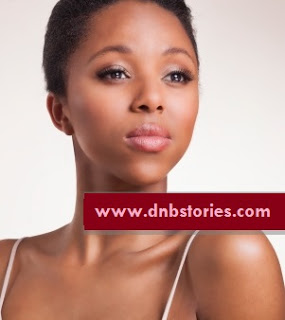 The bike man stopped just at the front of the gate.

It was ajar. Near it, blue Tiger generators safely locked inside metal compartments lined up the wall. A few of them was working, emitting grey smoke and vibratory noise.

Amaka undid her wrapper and carried James over to her front. She pushed the gate slightly and entered.

There were two buildings in the compound: the main, double-storey building and the small stretch of Boys’ Quarters on the left.

A fat elderly woman was sitting on a mat at the front of the main building. She was fanning herself with a plastic fan and looking sleepy, or drunk.

Amaka gave her a slight wave and passed hurriedly, heading straight to the Boys’ Quarters.

Seun had told her that the second door from the front was Phillip’s room.

She rapped on the mosquito screen the second time and then pulled it out and entered.

And a great chaos met her.

Three boys sat on the tiled floor with their backs to the high mattress and their eyes fixed on the TV ahead. A mute match was showing.

Below the TV, Olamide’s song blared from the speakers.

Like her husband who was on top of the mattress with his back to the wall, two of the boys were shirtless. The only lady among them was lying on the bed with her head resting on Phillip’s thigh.

She was wearing a short yellow top and jean bum shorts. Two bottles of Mc Dowells’ sat on the floor, just beside the boy that was smoking. Cigarette butts littered the area around his legs.

Amaka was beyond mad, more especially at the fact that her presence didn’t seem to have caused much notice from the ‘animals’ in the room.

They only turned and glanced at her and then moved their eyes back to the TV. Even the black-skinned fool she called husband was dozing, appeared to be, the way his head hung loosely from his neck.

He opened his eyes now and looked, and then he shook his leg so that the girl whose leg was resting on it sat up.

There was little surprise in his eyes as he stared at his wife.

Amaka looked at her son; the little boy was struggling to get down from her.

Phillip got up from the bed and came to them. He made to carry James but Amaka turned away with her child.

Still, Phillip reached and quickly carried the boy over. He pinched at his nose and called him Nnanna.

His eyes glided towards Amaka again and they only met her scowling eyes. He turned away, with apparent unconcern, shifting his attention back to his son.

Little James appeared to be more interested in the small circle of beard on his father’s chin. He pulled at it.

Amaka picked the remote on the bed and paused the song. Some quiet settled in the room.

But the people in the room only looked at her as if trying to understand what species she was.

‘Out!’ she screamed again.

‘Hey, na who you be?’ one of the boys asked her. He was the one smoking. His eyes were big—swollen—and reddish.

Amaka continued to scowl at him.

The young man turned to Phillip who was now scratching at a side of his neck and rocking his son. ‘Sneh, na who be this na?’ he asked.

‘Why you dey ask?’ Phillip returned. His voice was deep.

‘I said get out all of you!’ Amaka screamed again. She said something in Igbo, something about them all smelling like dead things.

The boy with the cigarette wanted to have another draw and she flicked the cigar out of his mouth and threw it out the door.

‘Ah-ah, Badoo!’ The boy turned to look at Phillip with shocked eyes.

It was the girl that left first before the boys finally followed.

Now Phillip looked at his scowling and vibrating wife and only said, ‘My friend, sit down na.’

Phillip made the show of a smile. ‘How is Mama?’ he asked.

Phillip lowered James to the bed and picked his shirt and wore it over. ‘Go into the kitchen and see if the rice Sammy made is still remaining.’

Amaka only clucked and blinked hard at him.

Ignoring her, he reached and took James’s outstretched hand.

Amaka quickly bent and slapped his hand away from the boy. She carried him instead.

‘Go inside and check the pot, let me go and buy more fuel for the generator and buy something for him too.’

Amaka said not a single word to him.

At the door, Phillip turned. ‘Do you want anything?’

Without another word, he opened the door and let himself out.

Outside, he picked his fuel container and started out, whistling and almost smiling.

He bought fuel at Mobil on Diya Street.

On his way back, he stopped at the market at Sawmill and bought cooked corn for himself, fried chicken parts for his wife and green apples for his son.

Back at home, he found Amaka eating the rice.

‘Why is he not eating?’ he asked her, referring to James who was on the bed playing with his toy phone.

‘Have you asked what he has been eating for the past two years you left us gbo?’ Amaka snapped, spitting some chewed rice in the process.

He dropped the things he bought at her legs and sat on the bed and carried his son.

He took one apple and gave him. ‘Your mother will wash it for you.’

‘Nnaa, drop that,’ Amaka said, ‘the water will soon boil so I can make the Golden Morn for you, inu?’

James looked at his mother but did not drop the apple.

‘Golden Morn?’ Phillip said. ‘Is that not breakfast food?’

Amaka only hissed at him.

She took one last spoon of rice, stood and walked into the kitchen.

When she walked out with James’s plate of cereal, she threw a piece of paper at Phillip and said, ‘That is Jideobi’s number. Call him and tell him that he should go to the house and tell Mama that we have reached and everything is fine.’

Phillip picked the paper up.

Later at night, when James had started to snore on the bed, Phillip got up to leave the room.

‘And where are you going?’ Amaka asked her.

She was on the bed too, now only in her wrapper.

‘Let me see if the moon is out,’ Phillip said.

Amaka let out a hiss, pulled the bed sheet over her legs and turned the other way.

Only a few minutes after he left, a song came on in the room.

She unwrapped herself and saw Phillip’s phone on the TV beaming light and vibrating.

She reached, picked it up and looked at the screen.

It was a Mummy Rita calling.

She hesitated a moment before she pressed down the green button and put the device to her ear. ‘Are you no longer coming?’ a lady’s voice said into her ears.