The Return of Madam Lee-Lee 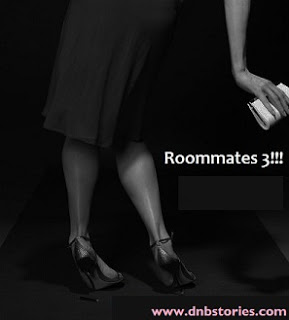 ‘Do you still have the picture?’ April asked.

Loveth nodded. ‘I sent it to my e-mail that evening. I can download it now.’

About five minutes later, the image of a naked fat woman appeared on Loveth’s phone’s screen.

The girls gathered to look.

‘Brood of Jesus!’ Nwamgbeke screamed, snatching the phone from Loveth. ‘Your boyfriend leaving you for this udu akpu?’

The girls turned to look at her.

Georgina collected the phone back from her. ‘The correct word, my dear, is incredible,’ she said.

‘Oh whatever,’ Nwamgbeke said. ‘Cre is in your own and cre is in my own, so what is the diffelence?’

‘So which places are we sending it?’ Georgina asked.

‘Are you sure she will post it?’ Loveth asked.

‘The manager of Green City Bank naked on a bed, how dare she not?’ April said. ‘The girl lives on things like this.’

‘So which other blogs?’ Loveth asked.

‘We can send to DNB Stories too,’ Georgina said.

Loveth put up her hand. ‘Oh please, DNB Stories that will take one year to approve a story and another year to finally publish it, no way!’

‘I think Linda Ikeji is enough,’ April said. ‘From her the story will circulate. She is like the mother lake.’

Georgina gave a small shrug. ‘Alright then, let’s get to work!’

The next morning, at about 4 a.m., a new post has appeared on Linda Ikeji’s Blog with the caption—OMG! Angry Blog Reader Sends in Naked Picture of Popular Bank MD on Her Boyfriend’s Bed…more pictures after the cut.

Only a few hours later, the story has spread to other less popular blogs with different captions and headlines.

One news site—naijj.com— popular for its love of adverts and catholic sourcing of traffic, quickly took to its hobby and soon afterwards the story headline with the tag—Sponsored— underneath had littered all through Facebook.

Even though the bank in question did not release any official talk on the matter, a female manager of theirs was handed a letter two days after.

In that letter, she was instructed to stop coming to work.

‘Bank Manager Rumoured Sacked Over Indecent Behaviour!’ Georgina read out from the newspaper she was looking at.

April looked at Loveth with a conspiring smile.

April took one pillow and threw it at her.

Loveth grabbed the pillow and folded it to herself.

‘So who’s next?’ Georgina asked, closing the newspaper.

‘That should be Mrs Onwa,’ April said.

‘Alright then,’ Georgina said. ‘I think I have an idea already.’

‘The easiest way to catch a fish is to use a bait too tempting to resist,’ Georgina said.

‘Hmm, so what will the bait be in this case?’ Loveth asked.

April started to smile. ‘Georgina, are you really sure you are fully straight?’

Georgina scowled at her. ‘If I be lee-lee, don’t you know I would have started with you?’

‘Not me please,’ April said, raising her hand. ‘I’m sure Nwamgbeke is available for you anytime you need her.’

Finally, for once, Nwamgbeke looked up from the dictionary on her lap. ‘What you people saying,’ she asked.

The girls burst into laughter.

Loveth’s face crumpled. ‘Must we shop?’ she asked.

‘For your pocket!’ Georgina said. ‘But if you like go there and start acting poor and spoil show for me and you will see what I will do to you!’

‘Very important information to everyone going to the boutique with the hope of lifting,’ April announced, ‘The Sassy’s has installed CCTV in every corner of their shop o!’

‘If they like let them install GoTV,’ Georgina said, ‘as long as there is a shop, there will be lifting! It is one word in the dictionary!’

Nwamgbeke quickly turned the pages of her dictionary. ‘Shoplift,’ she read out, ‘to steal goods from a shop or store by deli…li…beratery leaving without paying for them!’

Georgina raised her palm to her and Nwamgbeke struck it. ‘That’s my girl!’ she said. ‘But remove that steal and replace it with take.’ She entered the bathroom.

About an hour later…

The girls were now all dressed, wigged, and their faces heavily made up.

Nwamgbeke sat on the bed, struggling with the shoes Georgina had given to her.

‘Georgina,’ April called, ‘if she said she is not comfortable on the shoes, let her wear something else na.’

‘No!’ Georgina. ‘The party is tomorrow so she had better start learning.’

Nwamgbeke shook her head. ‘I not wear this o,’ she said. ‘It too tall.’

‘So what else can you wear?’ Georgina said.

Nwamgbeke pointed. ‘You not see my shoe there?’

‘You are not serious. You want to wear these farm boots to The Sassy’s?’

Nwamgbeke hissed. ‘I not wear this o.’

‘Shut up and wear them!’ Georgina said.

Nwamgbeke wore the tall shoes again and tried to stand.

She started to shake again, like a tree in the wind.

Without a second glance at Nwamgbeke and her struggling shoes, Georgina opened the door and the girls stepped out.

And this was the first time Nwamgbeke would be stepping out with them.

She did not know the rules, not to mention that she was just barely managing to walk on the tall heels Georgina had given her.

The girls were supposed to be in line, their faces held up and showing no emotion, while their hips swayed in the same rhythm.

But this time around, as the three of them were in the front, doing what they know how to do best, Nwamgbeke dragged and faltered from behind.

But, as strange as it was, the odd addition only got them more viewers as the people who already knew how they moved on seeing the new dancing roommate at the back called out to their friends to come and see what they were seeing.

And just then Nwamgbeke broke another rule by turning to look.

And then another when she said, ‘Hia! Why people staring at us na?’

None of the girls behaved as though they’d heard her.

Till she screamed, ‘Chineke!’, stumbling and falling to the ground.

The girls turned and saw her.

Georgina and Loveth turned back to their front immediately and continued moving.

It was only April that came close and helped Nwamgbeke up.

And then she saw that one of the shoe heels had broken.

She picked the other shoe and broke off the heel too.

And just then she remembered Harry, the day she had gone to the hospital to help him get out.

She nearly smiled and then her face changed and her resolve for finding him adequate vengeance soared.

‘Here,’ she said, giving the shoe back to Nwamgbeke.

At The Sassy’s, Nwamgbeke kept close to Georgina’s side and when she entered the fitting room with about six gowns, she followed her in with just the same number.

At the cashier’s, the girls paid for the gowns they picked. One dress for a girl each.

At home, as Georgina revealed what she had ‘lifted’, Nwamgbeke revealed hers too.

Georgina’s wide eyes ran to her. ‘This girl, how did you?’ she said, her mouth wide open in great surprise.

Nwamgbeke smiled. ‘You think is only you that knowing that thing?’ she said.

April shook her head, her cheeks depressed. ‘Thieves!’ she called them. ‘Thieves, that’s what all of you are!’

Georgina bent and picked all her dresses. ‘Oh no, girl,’ she said to April, ‘we are just lifters!’

She left the phone on loudspeaker while she talked.

‘Hello, Mummy,’ she said into the phone, sounding deliberately seductive.

They did not see her, but they could guess the woman’s surprise when she said, ‘How are you, my dear?’

‘Well, since you asked, I am not fine,’ Georgina said.

‘Tell me what the matter is, Angel.’

‘But you told me not to ever again.’

‘Oh please forgive and pay no attention to my rude mouth, I actually thought about you this evening and wanted to say hi.’

‘That’s quite thoughtful of you.’

‘Please call me sometime,’ Georgina said. ‘I’d like to go out.’

She dropped the call and slammed palms together with her friends.

‘I can bet my ass that Georgina has been doing lesbianism with this woman!’ Loveth said.

Georgina turned to her. ‘I will only listen to you when you put up something else in the bet than your fat ass!’

Loveth tapped her bum. ‘Oh please, have you ever seen something sexier?’

Georgina pointed to a Coke bottle under the table. ‘That bottle sure is!’

‘But I asking o,’ Nwamgbeke said, ‘what is resbianism sef?’

Georgina turned to her. ‘Lesbianism is lee-lee,’ she said.

The girls burst into laughter.

‘My dear, it means sex between two women,’ April explained.

‘Oh,’ Nwamgbeke said. She let out a small hiss. ‘That is finger-me-I-finger-you na.’

The girls’ wide-open eyes and mouth ran to her.

‘So you know it?’ Loveth asked.

Nwamgbeke hissed again. ‘Who no do that yeye thing for secondary school?’

She stood and walked inside.

Loveth threw herself on April, roaring.

Georgina was about to say something when her phone’s light came on and started to ring.

She looked and it was Mrs Onwa calling her again.

The girls gathered close as she answered the call.

She dropped the phone and turned to her friends with an evil smile.

Life Story: My Life, My Pain

Sun Dec 20 , 2015
Anonymous My name is Samson [not real name] and this is my story. Sometime in 2010, the same year I finished Youth Service, I met a girl that I really liked. It was at a job interview. We became friends shortly after, but it wasn’t until early 2011 that we […] 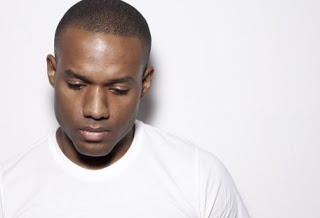