The Coming of Rachel 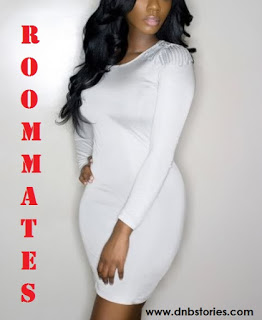 Georgina pushed the bathroom door open. ‘Oh my God!’ she screamed. ‘April, what have you done?’

She tried to lift April. ‘You girls want to kill me in this house, why? Why? What did I do?’ She managed to lift April onto herself, April’s blood staining her through.

A male student saw when they came out of the room. He ran and quickly carried April over.

Downstairs, April gathered all the bits of awareness in her and murmured to Georgina, ‘I’m sorry.’

The chemist who operated a drugstore just outside the lodge gate was walking into the lodge with a white bucket.

He normally came in to fetch water from the central tap. He saw what happened and quickly tore part of his white shirt. He used the torn piece to tie the cut on April’s wrist round.

‘Carry her to my shop immediately!’ he said.

Other students have gathered, staring agape.

In the room at the back of the chemist’s shop, he placed April on a bed. After he cleaned the cut and bandaged it, he allowed April to sleep.

By late afternoon, April was awake.

She rose from the bed and found Georgina dozing on a plastic chair by her side.

Georgina stirred and suddenly sprang up. ‘Oh my God! You are awake!’

‘For what?’ Georgina asked her.

April shook her head weakly. Her eyes remained on Georgina for a while and then she gave a hint of a smile. ‘Thanks,’ she said.

Georgina hugged her back and afterwards gave her a wrapper to cover herself.

They walked out to the front of the shop together. The chemist smiled when he saw them. ‘How do you feel now?’ he asked April.

‘Much better, thanks,’ April said. ‘I am going into the lodge now. I will come out later to pay for –’

He turned to open his show glass. He picked a blister pack and put in a small transparent bag and gave to April. ‘Take one capsule daily.’

April nodded, accepting the drug. ‘Thanks.’

Students stared at them as they walked into the lodge.

Upstairs in their room, April said she was hungry.

Georgina’s chest felt mushy with excitement. She ran into the kitchen and rushed through a meal of noodles and egg.

April finished the whole plate and the malt and milk she bought.

When April heard Loveth was awake, she put her phone to her chest and turned to Georgina. ‘Loveth is awake,’ she said.

Georgina appeared not to understand what she heard. ‘What?’

The two roommates quickly clung to one another.

At the hospital the next day, Georgina held the door to Loveth’s ward and pushed it open.

They entered, their shoes clunking behind them.

Loveth turned and saw them. She sat up with the pillow as a smile spread over her face.

April and Georgina ran to the bed and hugged her at the same time.

‘Thank you so much,’ April said.

Loveth appeared surprised. ‘For what?’

‘For waking up!’ She hugged Loveth again.

Loveth saw the bandage on her wrist. ‘What happened to you?’

April looked at her hand. ‘Nothing, just a minor kitchen accident, that’s all,’ she lied.

She sat down on the bed beside Loveth.

Loveth held out her fingers to them, smiling away in bliss. A silver ring embellished one of her fingers.

April turned to Georgina who looked just as surprised.

Loveth fluttered her fingers; the silver encrusting of the ring appeared to glint.

‘Babe, who gave you that?’ Georgina came through first.

‘Jackson,’ Loveth replied. She pointed to her side. ‘He knelt down right beside this bed this morning and proposed.’

‘When you were awake or still unconscious?’ Georgina asked.

Loveth frowned at her.

Loveth turned to Georgina. ‘Stained? With what?’

‘Oh, that.’ Loveth gave a small wave of indifference.

Georgina was surprised. ‘Babe, you caught him on top of another woman, have you suddenly dreamt that away?’

‘Actually, he has explained,’ Loveth said.

‘Oh please don’t tell me he told you it was a movie rehearsal!’

Loveth shook her head. ‘More like a sexuality rehearsal.’

‘What?!’ April and Georgina threw this out at the same time.

‘The lady that day is his boss. She confided to Jackson that she has stopped having feelings for men so she pleaded with him to help her see if the problem was from her husband or she has truly turned lesbian.’

‘Huh?’ Georgina’s lips remained open, and then she moved and placed her palm on Loveth’s forehead as if checking for fever.

Loveth slapped away her hand.

‘Do people suddenly turn lesbian?’ April asked. ‘Thought they were born that way.’

Georgina’s eyes came wide suddenly. ‘Ask me? How? Why me?’

Loveth smiled. ‘Relax, I was joking.’

Georgina was still trying to normalize her breathing when April stood. ‘I’ll be back,’ she said.

Georgina turned to her. ‘Where to? You want to go to Harry’s room again?’

‘Hell no!’ April said. ‘Need to use the bathroom.’

April left the room and Loveth asked Georgina about Harry.

‘I guess he is fine,’ Georgina said.

‘That was no kitchen accident on April’s hand, was it?’ Loveth said.

Some minutes after, April was walking out of the hospital’s central restroom when she bumped into Gift, Harry’s girlfriend before her.

April turned suddenly away and increased her pace, but Gift had seen her.

She called her and she stopped.

‘Yes, you did,’ April replied. ‘Congrats to you, may I go now?’ April started to walk away.

‘You can run all you want but know that I’m not done with you yet!’ Gift screamed at her.

Back inside Loveth’s room, she told the girls about who she saw.

‘How many slaps did you give her?’ Georgina asked instead, getting Loveth and April to turn to her with surprised eyes.

‘Why should I slap her?’ April asked.

‘Babe, next time do the slapping before asking for reason!’ Georgina said.

Loveth and April started to laugh.

‘So when are you coming home?’ Georgina asked Loveth.

‘Mom and Dad are returning this evening to take me home. I might stay sometime before coming back to school.’

‘Wow, you are being discharged already?’ April said.

Loveth nodded. ‘The doctors said I just passed out.’ She turned to look herself over. ‘As you can see, I don’t have any injuries; seat belts can save lives!’

Georgina nodded. ‘They sure can.’

‘Well, I’m happy for you,’ April said. ‘But remember you can’t be away for so long.’

On their way back that evening, April and Georgina met a girl outside the lodge gate.

She was sitting on the cement stump beside the gate, clutching her handbag to her belly.

Georgina passed her without a word. She was almost through the gate when April turned back to the girl.

The girl put up a sad face and shook her head.

April walked back to her. ‘What is wrong?’

‘I came to look for my brother but I just discovered he travelled and I can’t go back home without seeing him.’

‘Does your brother stay in this lodge?’

‘He told me he stays in Double Star.’

‘This is Double Star Lodge,’ April said. ‘Though there is another Double Star across the road, just after Hotel Arabia. Have you called him?’

‘And what was the reply?’

‘He travelled to PH and will be back in two weeks.’

‘I came all the way from Benin.’

‘Yes, and Mummy said I must see him before coming back.’

April turned to glance at Georgina. Impatience was splashed all over Georgina’s face like paint.

‘What is your name?’ April asked, turning back to the girl.

April pulled a hesitant face and then glanced at Georgina again.

‘It’s getting late,’ she said, ‘and it looks like it might soon start to rain. You can come in and stay with us till tomorrow.’

‘Didn’t you hear the girl just mention that she is from Benin?’

Georgina wanted to say something else, but suddenly swallowed it. She came close and took April’s hand. She drew her aside and talked to her in low whispers. ‘What are you doing?’

‘You want to allow that girl into our room?’

‘Can’t you see she is stranded?’

‘Excuse me?’ Rachel said behind them.

‘I’m so sorry to startle you,’ Rachel said, ‘but is your room self-contained or single?’

‘All the rooms in this lodge are self-contained,’ April replied.

She turned to Georgina and thrust her handbag into her hand. ‘Please help me carry this.’

She walked through the gate with April and Georgina stood there, staring with eyes bulged.