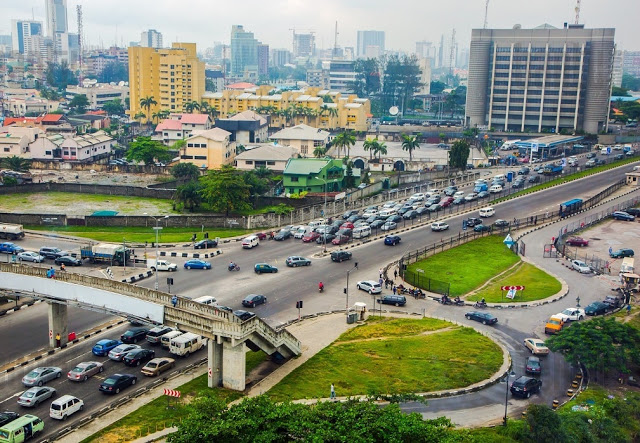 Are you planning to visit what’s probably the most interesting city in Africa?

Sit back and enjoy this article as we bring to you everything you need to know about Lagos State of Nigeria.

The city of Lagos is the most populous metropolitan area in Africa, with an estimated 21 million residents.

Some of the richest people in Africa live in Lagos, but, sadly, some of the poorest too!

1. Location, size and a brief history of Lagos State

Lagos State is one of the 36 states of Nigeria. It is found in the South-West region of the country, sitting on the coast of the Gulf of Guinea.

Lagos State is the closest Nigerian state to Nigeria’s border with the Benin Republic.

Lagos was originally a small fishing village on an island until Portuguese settlers arrived in the 15th Century.


Following their settlement, Lagos soon became a maritime town serving as the main center of the Portuguese expeditions down the African coast.


Before the arrival of the Portuguese, the original dwellers of Lagos (the Awori and Bini people) called it Eko.

In the 1760s, Portuguese traders began using Eko as a port for the slave trade, renaming it Lagos after the coastal city in Southern Portugal that had the greatest trading links with Africa.

2. The people of Lagos

Lagos State is located in the South-West region of Nigeria where the Yorubas dominate. But Lagos is not like any other Yoruba state.

The population of Lagos has grown more heterogeneous over the years with the migration of other Nigerians and West Africans to the city. Today, you will roughly find as much Yoruba as other Nigerian tribes in Lagos: Igbo, Hausa, Edo, etc.

3. The Language of Lagos


It is not possible to be a resident of Lagos without knowing a little bit of Pidgin.

Common pidgin greetings are: How far? – How you dey? – How body? and How things? — all meaning the same thing: How are you?

4. The food of Lagos

The food market of Lagos caters to all of its people. The one single food of Lagos might as well be Jollof Rice, as it is enjoyed by almost all tribes in Nigeria. Not sure there is a Nigerian tribe that doesn’t consume Jollof Rice.

In upscale parts of Lagos, you will find hotels, restaurants and cafes serving exotic and continental cuisines.

5. The religion of Lagos

Nigeria is easily one of the most religious countries on Earth. The situation in Lagos is no different. The two main religions of Lagos are Christianity and Islam.


Lagos has roughly the same number of Christians as Muslims. But when it comes to religion in Africa, it is not just the numbers that matter. It is the passion with which people believe.

The Christians are very devoted to their Christian God, or should I say the church’s “General Overseer” and the Muslims pretty much the same too. As a visitor in Nigeria, it might do you good to avoid topics on religion as things might easily turn sensitive and personal.

6. The weather of Lagos

Nigeria has two distinct seasons: the dry and wet seasons, with a cold and dry harmattan period sandwiched in-between. The dry season runs from December to March while the wet seasons lasts from April to November.

In the extremes of these two seasons, it could either become too rainy and wet or too hot and dry.


Fortunately, Lagos does not experience these weather extremes for a long time. While the city has a relatively comfortable weather profile, you should beware that it could get too hot and steamy on some days and very damp and humid on others, depending on the weather season you choose to visit.

7. Where to stay in Lagos

The city of Lagos is halved into the more boisterous Mainland area and the calmer Island part. Both the Mainland and Island region has its up- and downmarket areas.


The Island has Ikoyi, Victoria Island and Lekki. Foreigners are known to find the Island areas more comfortable.

8. Fun places to visit in Lagos

Whether on the Mainland or Island, you can never run out of fun places to visit in Lagos. There are numerous nightclubs, beaches, art centers, festivals and resorts in Lagos, offering very good opportunities to unwind and have fun.

What else to know before coming to Lagos:

Lagos is a relatively safe place to visit, even for solo women travelers. Robberies and other violent crimes occur but foreigners and visitors are rarely targeted.

The good thing, too, is that the locals are friendly and always quick to come to a foreigner’s aid. You should also listen to their advice about places to and not to go.

In all, with just the right amount of caution, you should be totally fine and safe in Lagos.
Share this post with your friends: