Nigerian soldier Corporal Omoh F who was recently caught on video assaulting a woman at a UBA bank ATM at Oshodi, Lagos has reportedly been arrested.

The soldier was reported to have jumped an ATM queue and after the lady complained, he brought out a whip and flogged her.

Watch the video of the assault below:

The Spokesman for the 9 Brigade, Major Olaniyi Osoba, has confirmed the news of Corporal Omoh’s arrest.

Osoba said Corporal Omoh has been detained while the investigations proceed.

Tue Oct 27 , 2020
Following the 72-hour ultimatum given to the people who carted away items from both private and government-owned facilities in Osun by the state governor, Adegboyega Oyetola, the looters have begun returning the stolen items. Governor Oyetola had on Sunday, October 25, during a physical inspection of the vandalized properties in […] 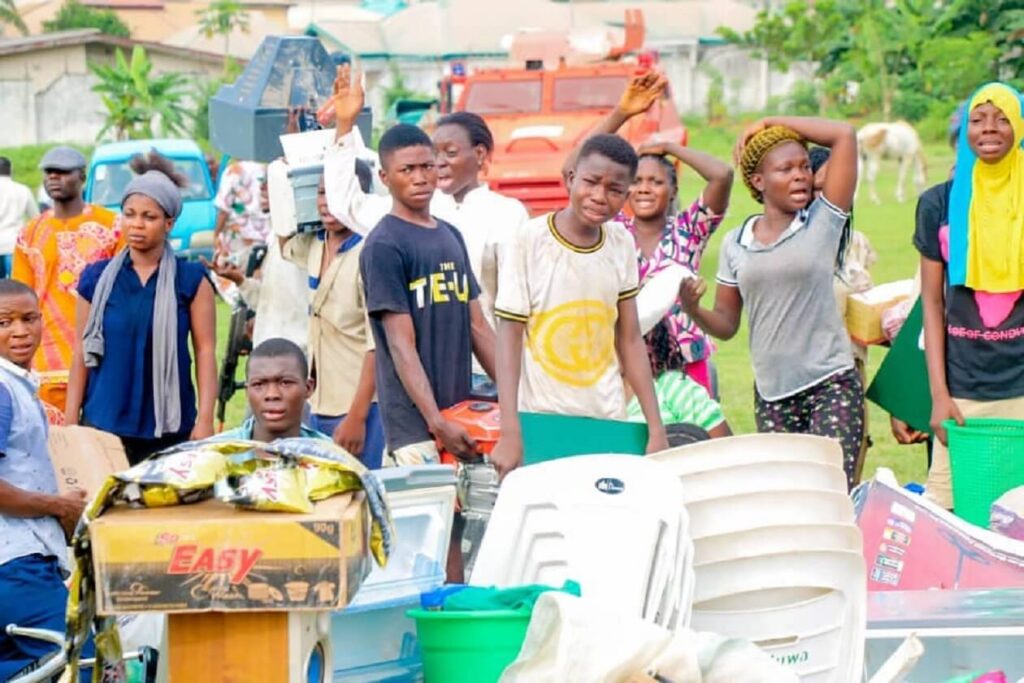