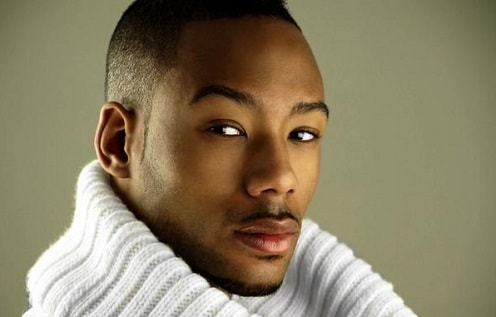 I was looking at the mangoes in the fruit rack of the supermarket when I heard his voice.

‘Those are very acidic, you know that,’ he said.

With the big green mango in my right hand, I turned to him. ‘Sorry?’ I said, uncertain if he was referring to me.

He did something with his eyes, something as though he just smiled with them. I found the expression strange, yet cute. ‘I was talking about the mangoes,’ he said. ‘I saw the way you were looking at them.’

I smiled. ‘Oh,’ I said. ‘Actually I was wondering if they are ripe or not.’

He took a step closer to me. ‘If you are talking about whether they are ripe or not, I’d tell you they are,’ he said. ‘Only they tend to have this sharp taste that my tongue hates as much as my belly does.’

He nodded, dimming his eyes slightly. Those eyes caught my attention again—they were just too white. Too vivid.

‘I don’t know,’ I said, turning back to the mangoes. ‘I have never seen mangoes like this before. They are very large and heavy.’

‘It was my curiosity that made me buy them too the first time I did,’ he said. ‘They don’t grow around here, but I’d thought all mangoes are the same, or should at least be similar to some extent, till they nearly burned my tongue.’

I smiled again—it must have been the way he talked. Like his words were coming from his throat and not his lips. ‘Sorry about that,’ I told him. I dropped the mango back into the rack and rubbed my fingers together. ‘Perhaps they are a variety of the famous Kerosene mango found in Nigeria where I come from.’

His expression changed immediately. ‘Are you Nigerian?’ he asked.

‘Wow, I should have guessed.’

‘Obviously you suck at it.’

I was still smiling when I took his hand. ‘Nnenna,’ I said. His fingers, like him, were tall and slender, and a bit too cold.

‘So are you from Lagos?’ he asked.

I laughed. His Lagos sounded something like Laugus instead. I shook my head. ‘I am from Anambra,’ I said.

Turning to look at other fruits in the rack, I said to him, ‘You really shouldn’t be guessing too often. You are not good.’

‘Thank you very much for your honesty,’ he said.

I looked at him. ‘You are welcome.’

‘So how long have you been in Kenya?’ he asked.

‘This is my second year.’

He smiled, more with his teeth now. He was really cute, tall and thin but in very appealing way.

I was still looking at him as I asked: ‘What’s funny?’

‘Do you know if I were to have guessed, I’d have said just that?’

‘Just something to keep my teeth busy. I have a long bus ride in an hour.’

‘It’s a huge pleasure to have met you, Nana,’ he said.

I laughed again. ‘Same here,’ I told him, making no attempt to correct him. ‘And thank you for saving me from the tongue-burning mangoes.’

He was turning to leave when the noise came.

A great shot in the air. I glimpsed the masked men that stormed into the supermarket before he pushed me away into the aisle.

‘Everybody get down!’ the gunmen shouted.

They spoke in an unfamiliar tongue and then shot into the air again.

We dropped to the ground as the rest of the other shoppers in the supermarket.

I was shivering, but he drew close and shielded me. ‘Shh-shh,’ he whispered to me. ‘Don’t panic. Everything will be fine.’

‘Nobody will be hurt if you cooperate with us!’ one of the invaders announced.

‘We are not bad people,’ they said.

They asked us all to gather together.

Then they started separating the Muslims from the non-Muslims.

But Ahmed remained in my group, beside me. I looked often at him, confused.

As the others, I was terribly scared.

They shot the person in front first and tiny drops of blood splashed on my face.

I cried out in horror.

My eyes were locked tight.

Something hit my head, something hard and metallic. ‘I said come!’

I was shaking as I dragged out to the front.

He pointed the gun to my head.

I glanced on the dark finger that pressed down the trigger before the shot came.

A great deafening one. For a second, it appeared my ears had split into a thousand particles.

But I didn’t fall.

Someone else did on my behalf.

I saw him collapse to the floor right in front of me.

I fell down to him.

There was another shot. Another person fell.

I shook Ahmed. His eyes had closed. I tried to open them with my fingers. I saw they’d lost their former brilliance. They now appeared reddish. Bloodied. And they didn’t stay open anymore.

The man who had shot him looked down on us then. Something appeared to come onto his face.

I looked at my blood-stained fingers. I rubbed them on my face.

The gunmen came together and talked in low tunes. Then they fired another shot into the air and ran away.

From the other group opposite us, a lady took off her headscarf and came down to me.

She tied the wound on Ahmed’s shoulder round with the piece of cloth.

She didn’t mind his blood staining it.

He appeared to want to smile.

I puffed in release, copying his expression.

With his other hand he reached to my face, trying to wipe off the blood stains.

I held his hand and gripped it tight.

I was still shivering as the helpers carried him out to the van outside.