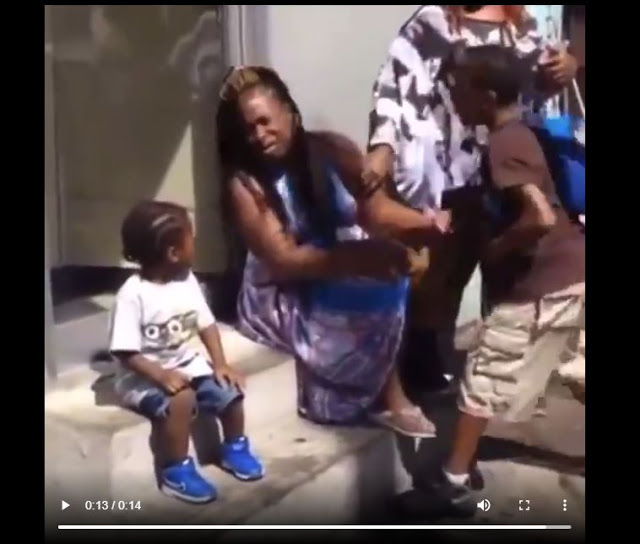 A video has emerged online showing a young boy furious at his drug addict mother and smacking her twice in the process.

In the video, the boy (possibly in his early teens) was seen yelling at his intoxicated mother before slapping her.

The poster of the video said the woman was under the influence of heroine.

The touching video has been generating a lot of controversy since it appeared online with many seeking to know if the boy was wrong for slapping his addict mother or the mother should be blamed for neglecting her kids.

“I don’t think this young man was right. No matter what…no matter the situation, you never put your hands on your mother. I do understand the pain and hurt he’s feeling…but that’s mom. You honor her even when she doesn’t honor herself.”

In a differing opinion, another user commented:

“I can guarantee the pain of that slap is nothing compared to the pain she is causing her family.”

One user said he was proud of the boy:

“He wasn’t in the wrong. Slap some sense into that adult…maybe he can teach his siblings not to be like that. Proud of that young kid.”

Tell us your own opinion in the comment section below.