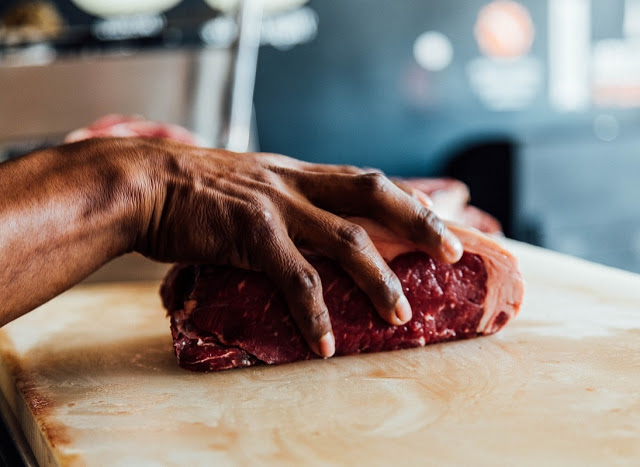 It sounds like fiction but Nigerians are actually using paracetamol to tenderize meat.

Nobody knows who discovered the trick but some sources confirm it actually works.

“I’ve tried it before,” someone told us. “Surprisingly, it works. After adding the tablets, the meat became soft in a matter of minutes, unlike before that I have to keep the meat on for very long.”

When asked if she still uses paracetamol to cook today, she said, “No, I’ve stopped. It came on the radio that it is bad for health so I stopped.”

Paracetamol (also known acetaminophen) is a widely used pain reliever (analgesic). It also has antipyretic properties, meaning it is capable of reducing fever.

In hot water, paracetamol can get completely hydrolysed to produce more acidic by-products. There are speculations that this is where the tenderizing effects of paracetamol come in.

Health risks of cooking with paracetamol

The National Agency for Food and Drugs Administration and Control (NAFDAC) has warned that preparing any food with paracetamol could cause liver and kidney failure.

According to the Kwara Coordinator of NAFDAC, Mrs Roseline Ajayi, using paracetamol to tenderize meat and legumes comes with a serious health risk.

“The use of paracetamol to tenderise meat and beans while cooking may be considered as a way to cut cost, but with grievous and unprecedented health implications, which include liver and kidney failure,” Ajayi said.

The NAFDAC coordinator also explained that when paracetamol is used for cooking, it is hydrolyzed or broken down into components, which include 4-aminophenol, a highly toxic chemical to the kidney and liver.

The regulatory body says it is doing everything it can to improve food safety in the country.

a. Soak meat in salt for 30 minutes before cooking

b. Marinate meat with vinegar or citrus or wine before cooking.

c. Use a pressure cooker