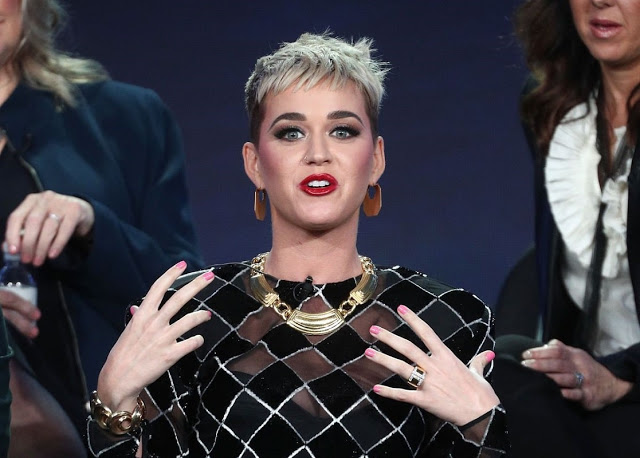 Singer and Idol judge Katy Perry felt faint and dropped to the floor during the premiere of the recent season of American Idol.

We certainly can assure you it wasn’t the cringe-worthy first-round auditions which were awful enough to make any judge faint.

Sitting with the two other Idol judges, Lionel Richie and Luke Bryan, Perry was first to notice a smell.


Bryan noted that it smelled like “heavy propane” and shortly afterwards the smell started to affect Perry.

At this time, there was an immediate scramble to evacuate everyone.

On getting outside, Katy Perry could not hold up.

“I’m not feeling good”, the 35-year-old singer said as she fell to the ground.

Perry was quickly pulled up by Bryan and Richie and she threw her arms around one of the first responders saying, “You saved me!”

On Sunday, Perry tweeted a tribute to all first responders, writing “Big shout out to all of our first responders around the country – thanks for risking your lives every day…and all night long  #AmericanIdol“.

While nobody doubts there was a gas leak, a lot of people were of the opinion that the collapsing drama might have been a stunt.

On Instagram, the singer shared a video of her texting and taking selfies as the first responders hovered over her.


It was eventually discovered that the gas leak was caused by a pilot light in the kitchen.

Three firefighters promptly took care of the gas and even tried their hand at “auditioning” for the show.

They sang “All Night Long”, the hit song by Lionel Richie, and all received golden tickets despite their horrible singing!