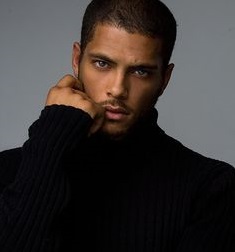 I walked for about ten minutes then stopped abruptly to see if the other boys were coming along.


They were, but at a slower pace. They all were within my age group, but looked quite older physically.


I turned sixteen that year, narrow-chested and lanky, nothing like my peers who were all huge and broad-chested.


I walked through the sandy road that had all the houses on its sides covered in dust and then turned into the lane on the right—the road to my compound.


On getting home, everywhere was quiet.


No one was in sight, apart from Bingo that was lying under the udala tree and wagging her thin tail.


As I got to the front of my mother’s door, I could hear him growling.


My mother kept pleading with him to leave her, but I heard the thud of a slap instead.


He continued to growl and make funny noises.


I never got a glimpse of what was going on in there. I only know it was something that has happened many times.


The first time I tried to question Uncle Ejike about the fight, I received a hot slap across my face.


The pain sent me twisting and turning on the ground.


And it continued: the fight.


After each, my mother would emerge from her room looking like the ghost of herself, her clothes torn, bruises all over her face.


I stood there now and could think of nothing to do.


All that flashed through my mind were images of my late father scolding me and calling me a weakling each time I was beaten in a fight.


He would say: “No son of Dike can ever be a weakling!”


Sometimes he would spit and jerk his shoulders.


In my confusion, I ran off.


I did not know where it was I was running to, till I got to my father’s grave.


In tears, I knelt to the mound of earth. “Father, it has happened again,” I cried.


“It has happened again and I could not protect mother.”


I sniffled and got dust into my nose.


“Can you not do anything?” I asked him.


“Will you not come out and help us?”


I lay there in the dust and continued to weep. For that is all I was able to do.


I got home late in the evening, dull and dirty.


I ate my foo-foo and bitter leaf soup one sluggish ball after another.


Thereafter, I fell to the bed and sank in the weight of my heart.


Things went normal from that day though.


Perhaps Papa has extended his helping hand, I thought. Till the evening I came back from the stream to face the growling and maddening noise once again.


In the rage, I could feel my nerves twitch, my head spinning and my chest drumming.


“Get away from there!” he growled back in between pants.


I peered through the door hole, but I couldn’t see anything.


I moved back and with all the strength that my small frame could bring forth, I rammed into the door and it came open.


The scene that met my eyes was both of them jostling to cover themselves with a wrapper.


With bloodshot eyes, he stared at me.


But he did not know that I was madder.


I clenched my fist and lurched to him.


But he threw a strong punch before I could get close and I fell, and tasted blood in my mouth.


My mother cried out.


I got up and rushed to him again. I pushed my head into his potbelly, but it seemed as elastic as rubber, and the force of his shoving and the rebounding of his stomach sent me crashing on the floor again.


She made to squirm free from him and he held her hands tight.


I didn’t want to run, but the panic in my mother’s voice made me.


And I didn’t just run away that day alone; I ran for years and eventually came back today.


I pushed the gate open and walked into my compound. Everything seemed familiar just that Bingo was not under the udala tree anymore.


The tree had grown succulent fruits and the ash-blue leaves fluttered in the breeze.


I knocked on the door and I heard the same irritating voice thunder out, “Who is that?”


I said nothing and hit the door again.


He pulled back the bolt and came out.


“Can I help you?” he asked, his eyes as cold as I’ve always remembered them to be.


I threw the first punch, straight at his jaw, and then without a second hesitation another at his nose.


He fell away, but I dragged him up and sent my forehead into his face.


He dropped to the floor, wriggling in the bulk of his soft flesh.


I took out my phone and dialled a number.


“Sir, this is the Human Rights officer at Umueke, a rapist and domestic violence culprit has just been apprehended!”


I listened for a while and dropped the call.


It was not my father’s spirit at work then, but me taking control.


I helped my mother up and adjusted her clothes.


“Poor woman,” I whispered in my heart.


I picked up the fat fool and tied his hands and legs together.


His eyes came wide in surprise.


I gave him a searing slap across his face before pushing him out of the room.


Andrew Ifeatu Jennifer is a graduate of Federal University of Technology, Owerri in Nigeria.


She blogs at Fadoflow Media and hopes to use literature to entertain and educate the public. She believes life does not exist without literature.

16 Comments on “Short Story: The Weakling”