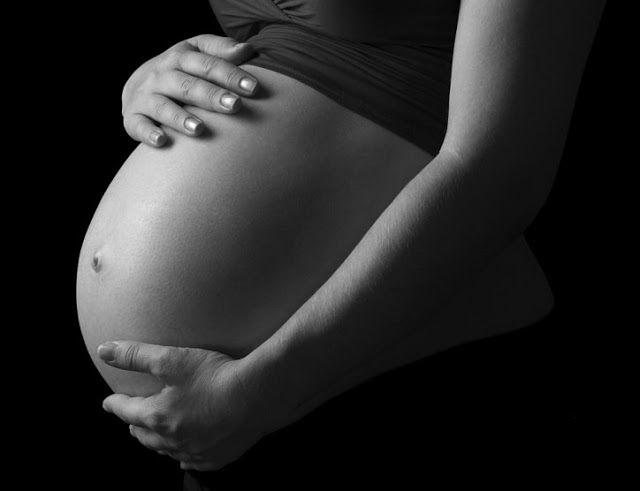 Pregnancy affects a woman literally in every possible way imaginable. It’s a life changing event, whether or not you decide to keep the baby.

Pregnancy changes your body. There is another person growing inside your uterus — this is going to cause some pretty major changes body-wise.

You are going to gain weight, your center of gravity will change, you are going to be carrying extra weight (the baby + amniotic fluid, minimally), your breasts will swell and be tender, bladder will become compressed, lungs cramped and your rib cage will temporarily expand…the list goes on (and on and on). And that’s not even beginning to think about what the actual process of labor, delivery, and caring for a newborn will do.

The knowledge that you are caring for another person is wonderful. It’s also scary as hell, stressful, intimidating, humbling, and a million trillion other things.

Even for a mom who wants the baby and will be keeping it, the emotions are overwhelming. Your life is about to change. Every baby changes it more — whether it’s the first or the twentieth. That’s just the bare facts. Then when you add in the hormonal changes that will affect your mood — wow! Power punch!

The changing hormone levels are nothing to laugh about. They will cause some crazy major changes in you, and this will be as erratic as it is confusing. Sometimes, you feel it, other times you don’t. It’s really that random.

Of my three pregnancies, I’d say one time, I was only mildly affected by the hormones. The other two? Watch out. I could go from crazy, giddy, exhilarated to sobbing, rage-filled and despairing in moments.

Hand in hand with the previous two situations, pregnancy will play mind games with you also. There are a million what-ifs going through your mind, and you’re forced to face the realities of life, perhaps more than your partner would be (after all, the baby is in you. It’s pretty hard to forget or ignore this).

Babies are expensive from the very moment (and sometimes even before) they’re conceived. Some people have to pay thousands upon thousands of dollars to even conceive a child. And that’s just the beginning. You have to be ready to deal with the realities.

Whatever your status is romantically, whether it’s single, married, committed, or whatever, pregnancy will affect this status in some way. Pregnancy can be a joyful, uniting process, but it can also be a stressful, alienating one, depending on the situation.

Expecting a child will affect a mother’s career in some way. She’ll be dealing with her job (whether it’s staying home watching other children or running a multi-million dollar corporation) plus the job of being pregnant. And then she’ll give birth. And then she’ll need to recover. And then she’ll have a newborn. These things are tough to juggle.

Suddenly, there’s a baby in the mix. This definitely changes your social atmosphere. There are new responsibilities and limitations to consider. There are new friends to be made, and a few some to avoid.

Even now, in a country as developed as the US, healthy women die during childbirth. Whether it’s a mixture of complications or sudden, surprise downturns like amniotic embolism, it’s happening. And it’s something a woman has to consider when she’s pregnant. This might end her life. Wow!

One of the hardest things for me was that with each pregnancy, the supporting people in my life became less supportive – it was like they felt I‘d been there, done that, and I could handle it. While it was true that I had done it before, each pregnancy was harder than the previous one in that I was dealing with it with far less support and more work (the older children). So, overall, that was tough.

In conclusion, being pregnant for me was such a mixture of joys and pains.

As beautiful and wonderful as it was, it was tough, and there were days I would be in tears and despairing, thinking that I’d never be able to handle this.

It was worth it, for me, in the end and I’d gladly do it again, if ever our lives were in a place to welcome a fifth child!

Mon Apr 24 , 2017
FIVE Amaka burst into the room, startling Phillip. He ran up from the bed. ‘Ogini? Is someone pursuing you?’ He looked ready to go defend his wife right away. ‘No one is pursuing me,’ Amaka said. ‘Why did you open the door like that then?’ Amaka turned and closed back […] 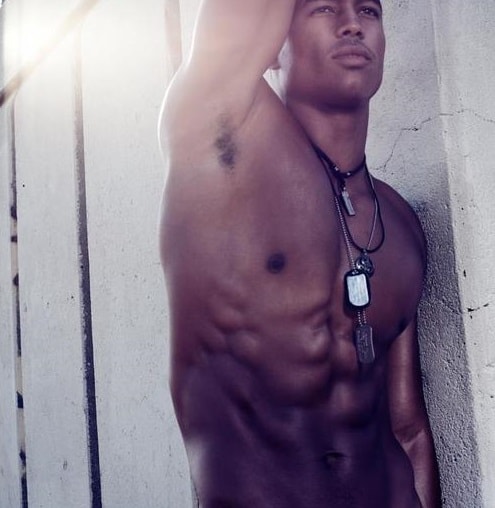