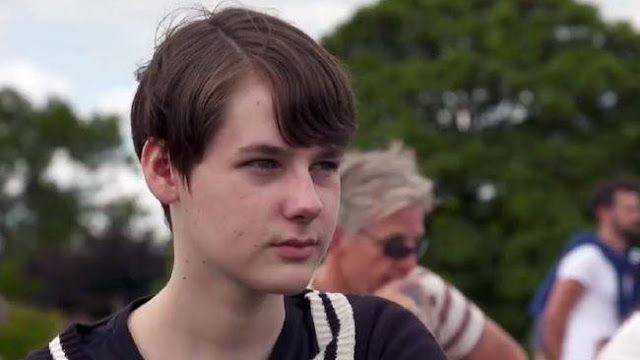 At just 12-years-old, Australian teenage boy Patrick Mitchell begged his mother to begin taking oestrogen hormones because he felt he should have been a girl instead of boy.

Doctors diagnosed him with gender dysphoria – a condition where a person experiences distress because there is a mismatch between their biological sex and gender identity.

“You wish you could just change everything about you, you just see any girl and you say I’d kill to be like that”, Mitchell told 60 Minutes.

After heeding advice from professionals who suggested that it was the right choice, his mother was fully supportive and Mitchell began to transition.

He grew out his hair and started to take the hormones, which caused his body to grow breasts.

But two years on, Mitchell had a change of heart!

In the beginning of 2017, teachers at school began to refer to him as a girl which triggered Mitchell to question if he had made the right decision.

“I began to realise I was actually comfortable in my body. Every day I just felt better,” he told Now To Love.

As a result, Mitchell confided in his mother and explained that he wanted to transition back into a boy.

“He looked me in the eye and said ‘I’m just not sure that I am a girl’”, his mother explained.

Now, in a bid to revert back to his original body, he has stopped taking his medication and is about to have an operation to remove excess breast tissue in what will be the final stage of his transition.

Luckily for him, his penis hasn’t been cut off yet, because that would have been irreplaceable.

More and more people are speaking up against allowing young children make big decisions such as gender change.

“Sex change is no decision you make at 12,” wrote Facebook user Daniel Fox.

Youtuber Isla Rose made a video in 2015 about her regretting her decision to transition from boy to girl.