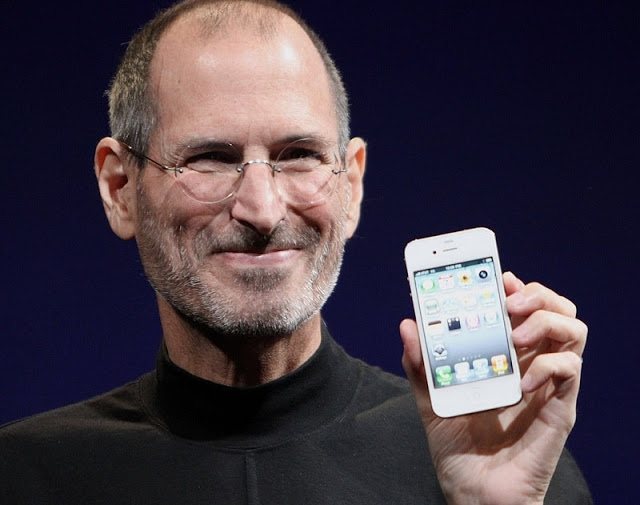 Steve Jobs was neither a theist nor an atheist.


As a young man, Jobs regularly attended the Sunday feast at an ISKCON temple.


ISKCON is a Hindu religious organisation founded in 1966.


The reason he used to go to the temple was to have a full meal once a week.


He talked about it while delivering a speech at Stanford:


Jobs famously recollected that special time in his life, shortly after he dropped out of Reed College but continued to drop in on classes there, while delivering the commencement address at Stanford University in 2005.


“It wasn’t all romantic,” he told students in the now iconic speech, “I didn’t have a dorm room, so I slept on the floor in friends’ rooms. I returned coke bottles for the 5¢ deposits to buy food with. And I would walk the 7 miles across town every Sunday night to get one good meal a week at the Hare Krishna temple. I loved it.”


In 1973, Jobs traveled to India with a friend (who later would become the first Apple employee) to study with popular guru Neem Karoli Baba Soon.


He had swapped his jeans and T-shirts for lungis as he set out from Delhi for the Himalayas. Along the way, Jobs and Kottke slept in abandoned buildings and survived on local food.


While he was searching for Neem Karoli Baba, Jobs came upon a beggar who laughed uproariously at the sight of him, led him up a mountain path, dunked his head in a pond at the top of the mountain and shaved his head.


Jobs and Kottke then set off to meet one Harikan Baba, but came away unimpressed.


On the way back, while sleeping in a dry creek bed, they were trapped in a fierce thunderstorm.
As Kottke narrates in ‘iCon’, “I remember us praying to any god that could hear us, ‘Dear God, if I ever get through this, I’ll be a good person, I promise’.”


According to one biographer, Jobs returned to the West with Eastern philosophy on his lips, and sporting a freshly shaved head and loose-fitting Indian clothes.


Jobs also used to practice Zen Buddhism but not because he was a believer in GOD. He practiced it to concentrate more on meditation. Though Jobs never struck to someone as a calm Buddhist monk, he himself believed that Zen reflected in the simplicity of Apple products.


Jobs was a fruitarian too (a person whose diet consists entirely or primarily of fruits) but not because he believed in Hindu fasts.


In his days at Reed College he read a book about fruitarian diet and after that he started following it.


For weeks he would eat nothing but fruits. He wouldn’t even take a shower because he believed that he wouldn’t smell bad as all he was eating was fruit.


Years later when he was diagnosed with cancer, the doctors told him that his cancer can be easily cured by surgery.


But he didn’t want his body to be opened up and thought that following a fruitarian diet again would treat his cancer.


Unfortunately it didn’t work, and the cancer spread through his body, resulting in the death of one of the greatest visionaries of all time.


Even when Ashton Kutcher tried following the fruitarian diet when he was preparing for his role in the biographical movie Jobs, he fell very sick!


Here is a summary of Jobs’ views on God in his own words:


“I’m about fifty-fifty on believing in God,” he said.


“For most of my life,I’ve felt that there must be more to our existence than meets the eye.”


He admitted that, as he faced death, he might be overestimating the odds out of a desire to believe in an afterlife.


“I like to think that something survives after you die,” he said.


“It’s strange to think that you accumulate all this experience, and maybe a little wisdom, and it all just goes away. So I really want to believe that something survives, that maybe your consciousness endures.”


He fell silent for a very long time. “But on the other hand, perhaps it’s
like an on-off switch,” he said.


Then paused again and smiled slightly.


Maybe that’s why I never liked to put on-off switches on Apple devices!