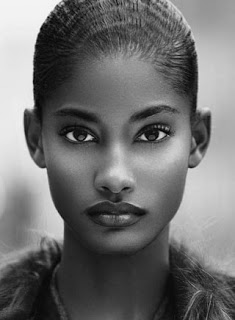 I’ve been living in Mrs. Hilda’s animal house since I was a kid.

Busho, the heavily-bearded billy, had told me I was bought from the market on a rainy morning.

‘Don’t mind him,’ Vera said to me. ‘Your mother died when you were very young. You were not bought at all.’

I thanked Vera and dropped back on the straw bedding in my pen. Busho has always been a bully.

Little wonder why nobody liked him. He had no wife.

He and Vera, I heard, had courted for some weeks before Vera discovered what a bully he was and left him.

‘I will always have you,’ he’d threatened Vera.

I heard this story from Nena, my penmate.

Vera is now married to Kote, the quiet billy that stays at the entrance pen. I used to wonder if Kote was a real billy—he is just too quiet.

Never heard him make the forceful puf-puf sounds of intimidation other billies used to make, especially when a doe is around. All billies make the sound; it is their signature sign of dominance. But not Kote.

Even when I stretched my mouth to his food, he’d nod at me and leave me to eat.

I will waggle my short tail in gratitude.

I had been so excited the day he married Vera. Vera was my best friend.

Busho, who never was in support of the union, had wanted to cause chaos during the wedding by challenging Kote to a fight.

But all the other animals had started to boo him, and he finally walked away, neck bent in shame. I had been the one that initiated the shouts.

Mrs. Hilda bothers not who married who though. I doubt if she knew there were such unions at all.

Many times, I have watched her send married does to Busho. He would stick out his red tongue and quickly climb the doe, pushing himself forcefully at her, as if in punishment.

I think it is. Busho knew we all hated him, so he always waited for the day Mrs. Hilda will bring any of us to him to take his revenge.

Busho is a very bad goat.

I think Mrs. Hilda is a bad animal owner too. Her interest lies only in proliferation, seeing new kids arrive and then selling them off before their mothers could finish nursing them.

While we appreciated the wonders of birth, Mrs. Hilda calculated how much she would be making in a few months to come. She used a special basket to transport new kids to the market.

Vera was still lactating when Mrs. Hilda forced her into Busho’s pen. And Busho punished her severely.

I boiled with hate.

That night Vera kept her eyes open, tears running down her face. Kote lay beside her and kept muttering, ‘It’s okay’.

They were only a few months old. Cute little kids with their father’s jaw and their mother’s eyes. Kote is a handsome billy and his DNA is not stingy.

As Mrs. Hilda carried Vera’s kids away, her already fractured heart shattered into a million shards.

That night she ate a poisonous leaf. Her still, distended body was discovered in the morning.

I cried all day. Vera was my best friend.

It hadn’t been up to three months after Vera’s death that my own problems started.

That evening, as Mrs. Hilda finished tying my food to the pole, she turned and stared at me for quite some time. She’s never looked at me that way before, and never that long. I was confused.

Then she bent and lifted one of my legs. She touched my virgin breasts and pressed gently on my teats.

I did not know what she was doing.

After Mrs. Hilda left, Nena, now pregnant and staying in the new pen opposite mine, lifted her neck and bleated, ‘Get ready, Patricia.’

‘Get ready for what?’ I asked her.

‘To be like me.’ She showed her teeth in an ugly smile.

I felt my heart hop.

The evening of the next day, Mrs. Hilda came for me. She grabbed my rope and jerked me round. Turning, she pulled me along, heading to…

Mrs. Hilda is taking me to Busho’s pen. Busho will punish me severely. So severely, I might not even survive it.

I stretched out my mouth and bleated so loudly the entire house seemed to vibrate.

But Mrs. Hilda did not look back. ‘Kpa!’ She pulled me on.

I spread out my two front legs and bent my head to the ground, halting movement.

Mrs. Hilda turned the end of the rope round her hand and gripping it firm, she yanked me forward, so hard I felt a burning around my neck.

I stopped fighting then and made a decision.

Busho will have me, but I will not breed his kids. Never.

I will do what Vera did. I have to.

But at the dwarf door that opens to Busho’s pen, Mrs. Hilda halted. I raised my eyes to her, wondering why she’d stopped.

Then she turned back, and started left. She was heading to…

No. No. No. Take me to Busho instead. Please!

I was shaking my head, but the more I tried to protest, the harder Mrs. Hilda pulled my rope.

Mrs. Hilda ignored all my cries.

She opened the short door and pushed me into Kote’s pen.

She closed it back and stood before the dwarf fence, watching. Waiting for the deed to be done so that she’d take me back to my pen and await when my kids would arrive. Little bags of money, she saw them as.

I looked up and saw the impatience growing on Mrs. Hilda’s face. This was just the reason she preferred taking does to Busho instead. He was agile and always ready.

Though the kids he produced always looked as cashew-headed as him, but Mrs. Hilda didn’t seem to mind much.

Though after selling Vera’s twins, she’d realized that good-looking kids fetch more money. And that is why I am here now, in Kote’s pen, because Mrs. Hilda wants Kote to give me the kind of adorable twins he’d given Vera.

Finally, the last of Mrs. Hilda’s patience wore off. She held the door to Kote’s pen and drew it open.

Better she has ugly, cashew-headed kids than no kids at all.

But as she picked my rope to start pulling me away, back to Busho’s pen, who had been all along bleating his fury at Mrs. Hilda’s sudden change of mind, Kote lifted his two front legs and mounted me.

We didn’t talk about the incident afterwards, but we gradually became close. Very close. We talked about every other thing, except what happened that evening.

But one night, in the midst of snoring animals, Kote extended his neck into my pen and kissed me. Then he whispered in my ear, ‘I want you to have my kids. I know they will be as beautiful as you.’

I smiled then. I felt a new emotion I have never felt before. A strangely uplifting feeling.

But when, after some months and I showed no signs still, the more familiar feelings returned.

The day Mrs. Hilda returned to check how far long I have gone, she left the house disappointed.

I wasn’t showing any sign at all. No promise of kids from me.

A week later and nothing yet still, Mrs. Hilda returned me to Kote’s pen and had him mount me again.

Some weeks later, no sign still. I am a barren goat.

The evening Mrs. Hilda came and pushed me into Busho’s pen, Busho did nothing to me.

He didn’t even stand from the corner where he lay, legs tucked under his belly. His food was untouched and his eyes were teary. A thread of saliva hung from his mouth.

It was on a cool Easter morning that Mrs. Hilda slaughtered me.

Mrs. Hilda had left a sick goat to slaughter the barren one.

She made a huge fire at the back of the farm with dry palm fronds and roasted me in it.

After scraping me clean with a knife, she cut open my bloated body and just then, she saw the sign.

It would have been triplets.