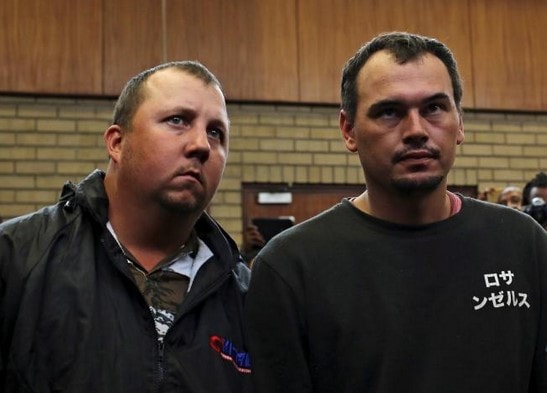 Two white South African men appeared in court on Wednesday on charges of assault and kidnapping after a video showed them forcing a wailing black man into a coffin.


The 20-second video, which was widely circulated on social media, shows Victor Rethabile cowering inside a coffin as one man pushes a lid on his head and the other threatens to put petrol and a snake inside the casket.

Rethabile escaped, although it is not clear how. He told reporters outside court he wanted justice.

“They were accusing me of trespassing. They beat me up and forced me into the coffin,” he said.

The case has caused outrage in a country where deep racial divides persist 22 years after the fall of apartheid.

The two accused, Willem Oosthuizen and Theo Martins Jackson, appeared briefly in the Middelburg Magistrate court east of the capital Pretoria before the case was postponed until January 25. The men will remain in custody until the case resumes.

The radical left-wing Economic Freedom Fighters (EFF) party, which campaigns for a more even distribution of wealth between white and black South Africans, led a rally outside the court. 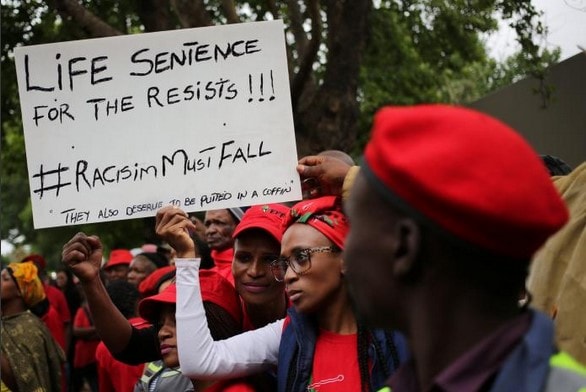 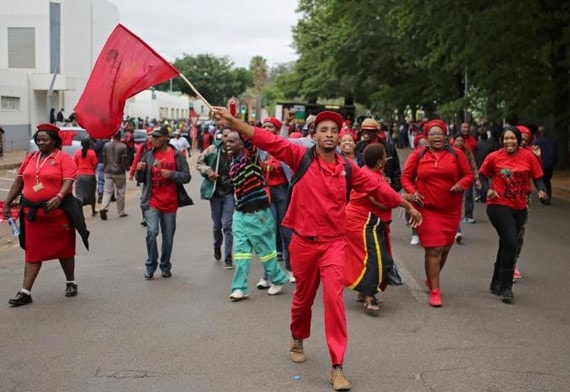 “This humiliation can be based on nothing else but his blackness, which means it is in actual fact a humiliation of black people as a whole,” the EFF said in a statement.

Black people make up 80 percent of South Africa’s 54 million population yet most of the economy remains in the hands of white people, who account for about 8 percent of the population.