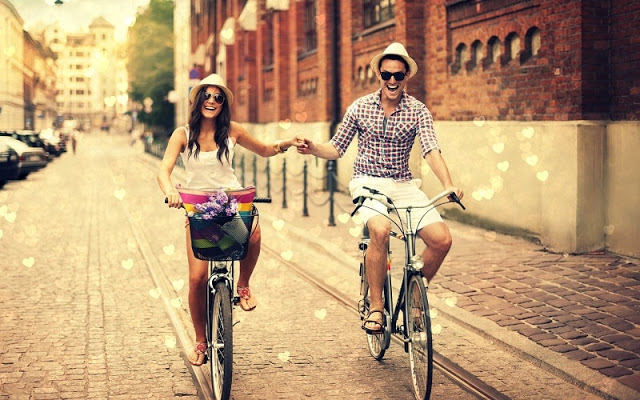 In 2010 I wrote down 30 basic principles for my life. Seven years later, it might make sense to look back and reflect.


I think I can condense them now into just 7, or perhaps 9.


Let me think about that for a second…


I’ve moved at least once every year since I left home after graduating from high school in 2010. I’ve made friends, I’ve lost friends. I found love, I lost love. The one group of people I have always, always, always come back to are my Mom, my Dad and my sister.


Very few people enter your life and stay forever. Quite frankly, most don’t deserve to. For those that do, make sure you show them the love they deserve.


At the very end of J.R.R. Tolkien’s The Hobbit, one of the main characters puts this in a nutshell:


“If more people valued home above gold, the world would be a merrier place.”__Thorin Oakenshield.


I hope I never forget it.


The reason most people don’t stay in your life is that the majority does one of either two things:

a. They lift you up.

b. They pull you down.

Why the losers don’t stay is obvious: eventually you’ll realize they’re losers and that all they do is hold you back.

The lifters are great and I’ve enjoyed every minute with them, but it’s rare for them to rise together. Unless they meet at equal stops during their journeys, they’ll eventually part ways too – but that’s okay.

Because lifters know they can always return to their fellow lifters, sit together and reminisce about the good old times.

As the old girl scout saying goes: “Make new friends, but keep the old; one is silver, the other is gold.”

Most people want to win. I know I do. But I don’t want to win at your expense. I want both of us to win.

While hard work is a given, playing dirty isn’t. I like Gary Vaynerchuk’s metaphor here:

“There are two ways to build the biggest building in town:

1. Build the biggest building in town.
2. Tear down all the other buildings around you.

I have no aspirations to build a skyscraper. But whatever my building turns into, it needs to be built right.

Building a big building is nice. But I wouldn’t wanna live in one. The reason I work so hard isn’t to buy cars or mansions or clothes or other trinkets I can’t take with me when I die.

I want to buy the ultimate thing: freedom.

I want the kind of money that allows you to drop your spoon mid-dessert, get up, leave the restaurant and walk away, because within a split second, you decided the person across the table didn’t have the integrity it takes to be a part of your life.

Money buys a lot of things. But the best things in life aren’t things. Whenever money can buy the latter, it’s usually a good play. Freedom is one of them.

The whole work hard, make money thing is nice. But in the end, it’s not the million in the bank that matters. It’s how you got there.

I could be much further along. I should be. With the insane amount of content, relationships and assets I’ve built, maybe I should be making $100k/year already.

But I’d rather have you remember me for sending that one resource, writing that one article, helping with that one thing, than ripping you off once.

I’m happy to leave money on the table, play the game a little longer and enjoy the journey, if that means more people show up to my funeral than to the distribution of my inheritance.

Rule #6: Never have a single point of failure

Achilles had his heel, the titanic had its iceberg, a blockbuster had its Netflix. In computing, there’s this description of systems with a single point of failure: if one server tanks, the whole thing goes down.

I think being an employee and doing nothing on the side is a system like that. No one should make all their money from a single source.

When your boss doesn’t like your face one morning, things can get really ugly, really fast. I have 3–5 different sources of income right now, give or take. I hope it’ll only become more in the future.

Nassim Nicholas Taleb said: “The three most harmful addictions are heroin, carbohydrates, and a monthly salary.”

Will Bowen has this idea of a complaint-free world. He made a bracelet you can wear for 21 days and every time you complain, you have to put it on your other arm and start over.

I don’t want to spend a single minute of my life lamenting the situation, when I can use that same minute to try and make it better.

The 8th rule of my Top 7 Rules. Get it? I’ll let Steve Jobs explain this one in 1 second:

“The people who are crazy enough to think they can change the world, are the ones who actually do.”

This might be the most important one. Legendary basketball coach John Wooden once said:

“You can lose when you outscore somebody in a game. And you can win when you’re outscored.” ~John Wooden

My parents always told me that, as long as I did my best, I could be satisfied with myself. I really believe that. Not everything is in your control.

When you’re not winning on the outside, that might mean you have to audit yourself and take your talents elsewhere. But when you’re winning on the inside, it’s easy to have patience and let the world catch up.

In 1934, John Wooden taught English and sports. He didn’t like how the students’ success was measured. So he defined it for himself:

“Success is peace of mind, which is a direct result of self-satisfaction in knowing you made the effort to do your best to become the best that you are capable of becoming.”

Looks like this perspective worked out well for him and everyone he taught it to.

So why not for me?

I’d like to think it’ll still be part of my top rules 7 years from now. Today, I hope you have time to grab a coffee, sit outside and think for a while, because now, I really want to know:

What are your own top rules of life?