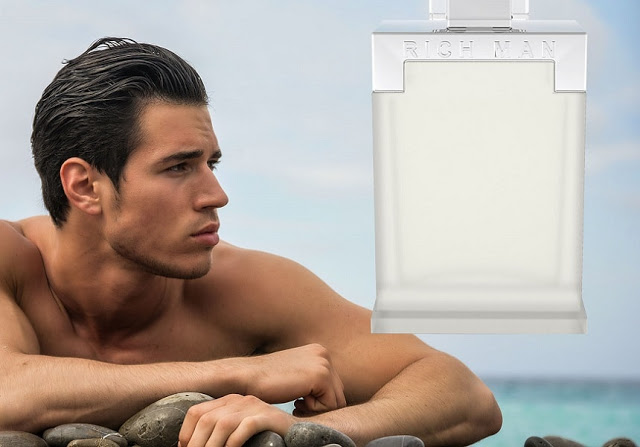 In the early 2000s, I was an early employee at a Silicon Valley technology company that designs and markets cutting-edge computer processing chips.


When I started, there were a few dozen other people. When I left, there were thousands. I was a computer processor engineer, architect, and manager. The company is now one of the largest and most successful in the world.

I made some number of million dollars. I never really figured out exactly how much it was. I think it might have been around $5 million. I know that my adjusted gross income in at least one year was about $1.5 million.

Here are some of the things I learned from being relatively rich:

Some people say that “money doesn’t make you happy,” yet they continue striving to be more wealthy in the hope of becoming happier. It’s one thing to say it or think it, and it’s another thing altogether to experience it.

Money doesn’t make you happy, and it doesn’t make you content either. I remember getting to the end of a particularly challenging but satisfying project, putting my feet up on my desk, taking a deep breath, and realizing that I had it all.

I had the fancy million-dollar house in Mountain View (where Google is based).


I had a small mortgage on that house, but I could have paid that off any time I wanted. I had a house in another country that I owned outright. I had the luxury cars that I purchased with cash.

I had the attractive wife at home. I was highly respected where I worked. I had freedom to work on whatever I chose.

I had a very high salary, lucrative stock options, and more money than I knew what to do with.

But I felt anxious and dissatisfied. On some level, my striving for success had been driven by a belief that my deep suffering would go away when I had enough wealth.


I learned first-hand that once our basic needs are taken care of, the level of contentment and happiness we experience has nothing to do with how much wealth we have.


We can use wealth to distract us from our deeper issues by spending money on things we don’t need, or worrying about losing our wealth.

Life might also get a lot more complicated with wealth.

I have become aware that I tend to worry about not having enough money in the future, and that this fear has been with me all of my life.


It is not correlated with my net equity or my net cash-flow.

2. There will always be someone richer than you

If you suffer from this, you’re not going to get to some magical level of net worth and finally realize that you are valuable.


In fact, the problem is going to just get worse. I bought a bigger, fancier house in Mountain View, mostly because I didn’t think that my house in Santa Clara was fancy enough.

I couldn’t, at that time, buy the level of fanciness that some of my friends could. When I moved to Mountain View, one couple I knew moved from Palo Alto—which is already nicer than Mountain View—to Los Altos Hills, which is super-fancy.

The trick is to figure out how much money you actually need and want in order to get your pragmatic needs met.


How much money do you need to live a reasonable lifestyle?

Optionally, you could also work out how much wealth you need to accumulate in order to become financially independent while living your chosen lifestyle.

It’s also important to heal the wound that makes you strive to feel valuable based on what you have. I believed that I was fundamentally worthless.


Through a process of psychotherapy, coaching, authentic friendships, and healing intimate relationships, I came to understand that I have a rich intrinsic value.

3. Luxury is an addictive drug!

The frugal blogger Mr. Money Mustache tells us that luxury is weakness. Luxury is an addictive drug. Until we understand this, it has the power to ruin our lives.

I remember driving my brand new luxury sports car and noticing that my identity was becoming tied up with the car. I realized that this super-expensive car would wear out and then I would need to buy another one.


To keep my identity, I would need to keep generating a lot of money. It was like having a drug habit. The car didn’t make me feel that good, but the idea of not having the car felt lame.

So I realized that I would need to keep having that fix to feel normal.

The problem is that, as the U2 lyric goes, “You can never get enough of what you don’t really need.”

Once you have the Porsche Cayenne Turbo, you start wishing for a Bentley Bentayga.

Luxury makes us feel successful, that we are winning at the game of life, that we are not only surviving, but thriving.


Like an opioid in our brains, luxury locks into our survival receptors. The irony is that purchasing luxury, and being dependent on it for our sense of self and wellbeing, leads to us depleting the very resources that we actually need for survival.

It turns out that having the discipline to live frugally, to invest rather than spend, to mend and make do, and to be able to live for longer and longer periods of time without having to work, are true measures of wealth.


Deeply enjoying whatever it is you’re experiencing right now is the ultimate wealth.

The people who are on the nine-to-five treadmill, working to pay for luxury cars to drive for two hours per day to and from work, are really on a luxury treadmill.
These people are addicted to luxury.

4. Money attracts, but the wrong people

I took a long period of mid-life retirement. During that time, I have been getting a PhD, and starting some businesses. I remember one time in my early 30s being at a party when a very physically attractive woman walked up to me, introduced herself and then asked, “What do you do?” I responded, “I’m a student.”

Before I knew it, she had turned around and walked away from me. She instantly stopped talking to me and disappeared into the crowd. I remember feeling really hurt. Thoughts of my worthless came up. Presumably, she didn’t want to speak to me because I was a student, and perhaps she thought I didn’t have any money.


A few days later, after pondering what must have happened some more, I understood the irony that I was probably the richest person at the party. I also understood my luck that she didn’t stick around.


People will easily respect your money but not necessarily you!

5. Being wealthy is a full-time job

There’s a foolish impression that once you have a lot of money, you can kick back and relax. To some degree this is true. You can have more choice, and you can buffer situations in your life to some degree. However, once you have assets you have to manage them, protect them, and maintain them. You need to worry about being sued, so you need insurance. You need to hire people to do stuff for you, and you need to manage them. Delegation is really hard.

If you’re not careful, you will make your life more complex, with more things, and more activities. Perhaps you will use spending money and buying things as a cheap way of avoiding self-awareness. Perhaps you will become obsessed with hoarding your money and maximizing its growth.

Some people become very suspicious of other people, not trusting that they really have friends, thinking that others are trying to get at their wealth. Even with the best intentions, others will seek funding and support from you.

They want you to invest in their businesses and projects. They want to borrow money. All of this is a massive strain on your ability to be aware of your boundaries, and avoid being co-dependent or enabling.

Being wealthy is not all it’s often cracked up to be.

It can be amazing, if you know how to approach it. I recommend finding a guide who can help you to attain and retain the wealth you desire, and to reap the maximum benefits and pay the minimum costs.

This article originally appeared on Medium.

Duncan Riach is a computer architect and engineer based in Northern California. He was an early employee of NVIDIA and now specializes in artificial intelligence.