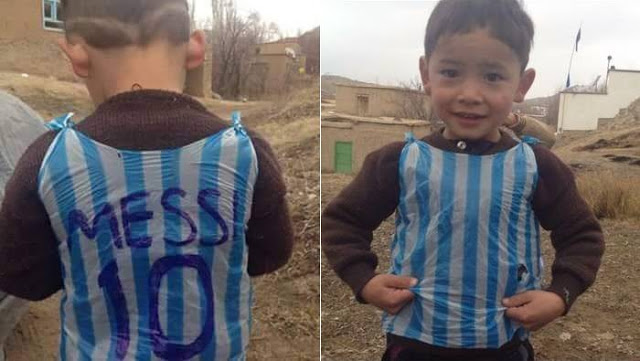 Sometime in January 2016, the internet fell in love with a five-year-old boy wearing a homemade Lionel Messi jersey made simply of plastic bag.

The boy’s name is Murtaza Ahmadi and almost a year after his picture went viral, Ahmadi finally met his idol.

Not only did the six-year-old boy get to meet his soccer star hero, but he also got to walk out on to the pitch alongside Lionel Messi the night Barcelona played Al Ahli in Dohar.

All through, Messi is seen smiling and picking up the boy, whose blue and white striped plastic shirt and gleeful expression while wearing it melted hearts online at the start of the year. 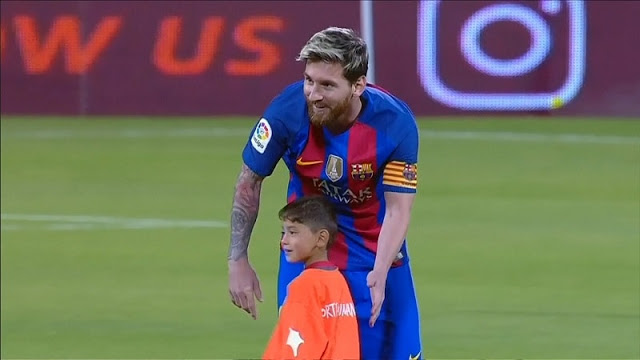 An ecstatic Ahmadi didn’t want to let go of his hero.

The young boy’s journey to meeting his idol started back in January, when a photo of him wearing the plastic shirt with Messi’s name was first spotted online by fans.

Before long, Twitter lit up with a search for for his identity.

Among others, Turkish sports website Fanatik tweeted out the viral picture while wondering who the young boy was.

Ahmadi was soon identified as the boy with the plastic Messi jersey.

From their farm in Jaghori, his father Arif Ahmadi told CNN how passionate the then five-year-old was about Messi and football.

“When he suddenly wakes up in the middle of the night, he starts crying that he wants to go to Messi,” Ahmadi said, adding that his son started asking for a jersey.

“I told him that we were living in a poor village far from the city and it was impossible for me to get him the shirt,” he said.

“He kept crying for days asking for the shirt until his brother Hamayon helped him make one from the plastic bag to make him happy.”

Once it was known who Ahmadi was, he gained the attention of organizations like the Afghanistan Football Federation and even UNICEF, which presented him with a brand new autographed Messi jersey. 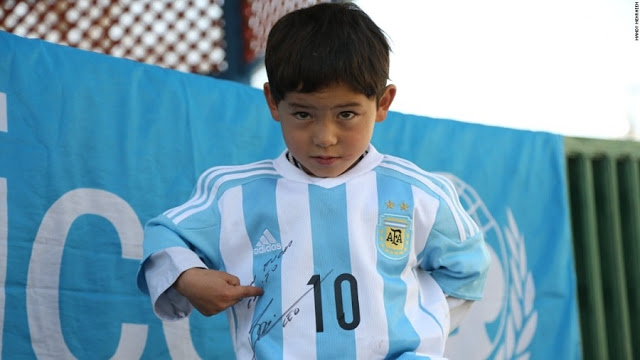 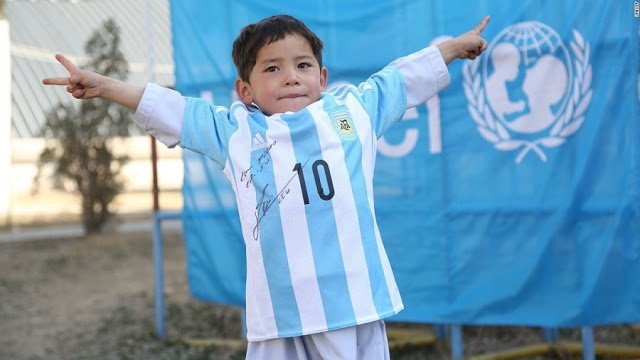 “I love Messi and my shirt says Messi loves me,” Ahmadi said at the time.

The Qatar 2022 Supreme Committee tweeted a number of images and videos about Ahmadi, including one of him saying what he will do when he first meets Messi.