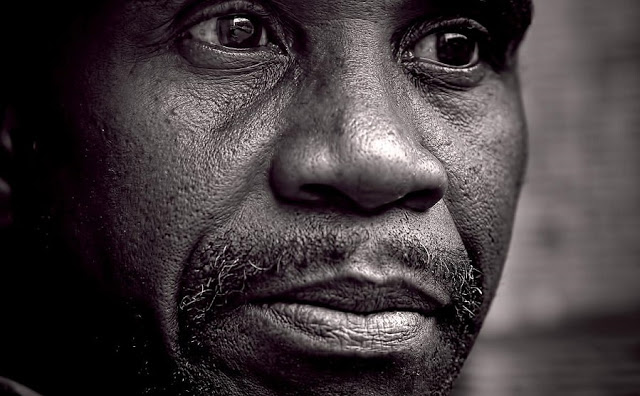 This Saturday, my son will have been sober for 18 months.


He got his GED [General Education Diploma, a set of tests that when passed certify the test taker (American or Canadian) has met high-school level academic skills] this year, and he starts at Community College at the end of August.


He finally has a job that I didn’t get for him, soon he will be moving into his own apartment.


And he hasn’t missed a single appointment with his therapist. He has done everything you would expect of a precocious 17-year-old who hit a rough patch after meeting with a particularly bad influence.


This is the point where I’m supposed to say that, nevertheless, I’m still proud of him for turning his life around, getting off drugs and off the streets, staying out of trouble, and acting like a responsible adult, or at least an adult who knows the meaning of “responsible.”


He wants praise and forgiveness and a party and me to hug him and tell him it’s all right. Demands me to tell him how proud I am that he’s made something of himself.


Not in the slightest.


She and I worked really hard to give him a loving, stable, comfortable, supportive home.


We were involved in his school, we introduced him to music (to the extent that any two people can; his mother was a damn good cellist, though) and sports and culture, we fed him healthy meals, we played with him.


Thanks to him, we got in the best shape we’d ever been in since our 20s — and we let him stumble and fall and make mistakes and get back up again.


My son started shoplifting at 15.


The first time we caught him, we bodily dragged him back to the store, made him return the copy of Grand Theft Auto and apologize, and offered to pay for any damages.


The second time we caught him (this time with a pair of shoes), we did the same thing.


The third time, we started going to family therapy.


Therapy seemed to go well, and after a few sessions the therapist asked for a few one-on-one meetings with him.


After two of those, the police came knocking on our door, because the little sh*t had concocted some story about how we were a religious cult who raped him for breakfast every Saturday … and the dumb therapist actually believed him.


Rational heads prevailed, we fired that therapist, and he went through six more in as many months, until eventually we couldn’t find anyone who would take him as a patient.


Then we found pot in his bedroom, and in our bedroom. He started leaving needles, bongs, and crack pipes where he knew we’d eventually find them, just to fuck with us.


I know this because he said so, and in those exact words. He had his first intervention and first trip to rehab that year, and his first relapse also.


He had to repeat a year of high school at 17, which meant he was now the ringleader of a group of other young nasties, who saw him as this totemic mentor-shaman who could hook them up with whatever shit they wanted.


I’m also damn sure he started fucking one of his gang’s younger sister (she was only 13) around then, but I had nothing to go on but my own instincts, so all I could do was tell her parents to keep an eye on her.


No charges were ever pressed, and the family never spoke to me again after that, but they did pull both of their kids out of that school, and my son was furious at me for daring to not let him continue committing statutory rape.


He decided to try for “normal” rape later on though.


One day, while I was away, he spent an uncharacteristic night at home and on his best behavior.


After his mother went to sleep, he followed her to her bedroom. He took a knife with him.


He crept into the room, straddled her, put the blade to her throat, and slid his other hand inside her.


I don’t know exactly what happened next. I know he held her down and tried to undress her.


I know she fought. I know he stabbed her. I know she got away and locked herself in the bathroom before he could catch her; I hope that means she kicked him good in the balls.


I know she broke the window and screamed for help. I know he ran. I know she was lucky the ambulance got to her before she bled to death. I know he called his friends to brag and beg a ride.


I know the police caught him.


I know if I’d been home, or if I’d caught him, I’d have killed him with my bare hands.


The state tried my son as an adult. He pled out, but only after making his mother testify and smiling the whole time.


She divorced me a month after his sentencing. I looked too much like him, I was told.


My wife killed herself a year later.


I would be a liar if I said I didn’t blame my son for her death, because I absolutely do.


When I made the mistake of visiting him after the divorce, he laughed and said she’d had enough of his dick that I could never satisfy her.


When I made the mistake of visiting him after she killed herself, he laughed again and asked how it felt to have “some prick take your bitch away.”


I should have killed him right there. It is to my eternal shame that I did not.


They let him out after serving three years.


He spent the next six years on the streets, in and out of rehab, on and off other people’s couches, and would grace me every six months or so with a phone call demanding money.


Eventually I refused to talk to him unless it was to drive him back to rehab, and I stopped completely after he stole my wallet.


Two years ago, he came to my house with his aunt (his mother’s sister) in tow and crocodile tears in his eyes.


He pretended to apologize. I slammed the door.


His aunt barges in to try to shame me into forgiving the man who raped my wife, caused her death, and laughed about it — he stayed outside the whole time.


And from there he slashed my tires, threw a brick through a window, and drove off in her car.


His aunt had no idea that he’d taken her keys, or that he’d been armed the whole time. She blamed me.


He guilted her into letting him stay with her, went to rehab and relapsed, then went again, and here we are.


In stark contrast to the ball of shit that is my son and his life, I have watched my friends’ and colleagues’ (those who will still talk to me, that is) children go on to become doctors, lawyers, skilled tradesmen, actors and musicians, academics, entrepreneurs, and career in the military.


I’ve also seen a few start their own families.


And even the ones who’ve had a rough start, or who stumbled and fell, somehow managed to pick themselves up again, or are bravely soldiering on.


I have nothing but respect for them. I also note that they do not expect juice and a fucking cookie for having a job and not getting hopped up on meth or raping their mothers for 18 whole months.


My son has pretended to reform before. He has even convinced himself once or twice. But he always backslides, always relapses, always finds new ways to disappoint, always hurts other people for his own short-sighted benefit.


His aunt is already at the stage where she is pretending she “must have forgotten” where she put some knickknack or piece of jewelry, and has already told me to fuck off after I’ve warned her of what my son can, will, and has done before, and what he will do again now that he thinks she is weak.


When he fucks up again, when he hurts someone else with his ceaseless bullshit, I will not be there to pick up after him.


I am through with him. I am through with his aunt. I cannot talk to her without being overcome with rage and shame as I see the stupid, stupid hope I used to have that my son would ever amount to anything, and I do not need any more disappointment and failure in my life.


I am not proud of what I had done — inflicting him upon the world.