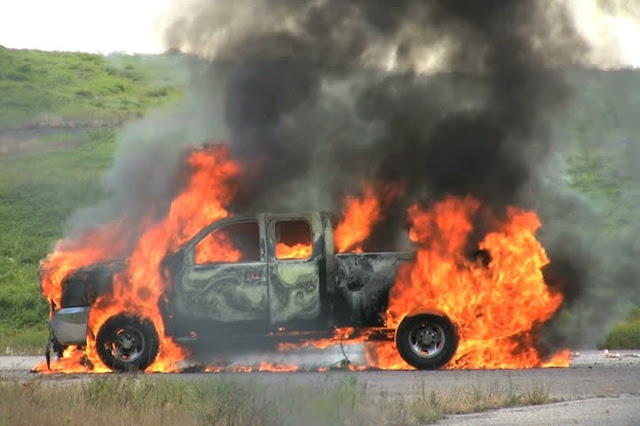 One evening, my husband and I were sitting on our front porch swinging in our swing when a truck sped down the highway in front of our house.


Seconds later we heard the squealing of tires and a huge crashing noise followed.


We jumped into our vehicle and drove down the road to see what had happened.


We could see a huge cloud of smoke rising in the air before we got to the crash.


Two houses down from where we live, a man sped off the road and immediately tried to self-correct, but in doing so he ran off the other side of the road and slammed into a tree.


The impact caused the truck to burst into flames.


Glazed in my mind is what I saw next…the man’s head and arm were completely engulfed in flames and hanging out from the driver’s window.


It was a horrible and helpless feeling to know that he was dead and there was nothing that could be done to help him.


I looked and saw the homeowner running across the yard to try to help, but there was really nothing that he could do.


The flames were too hot and it was so obvious that the man died on impact.


The fire department was immediately called. We live in a rural area and it took at least 20 to 30 minutes for the emergency responders to get there.


By which time all they met was charred remains of the man and his truck.


For everyone reading this, especially teenagers, please watch the road at all times and do not speed!


That could have been someone’s family or best friend. It was a very sad sight.


I did not know the young man but I heard that he was later identified through ID found in his wallet.


I am really not sure how that could have been possible, since the whole truck was completely destroyed in the flames.

Tue Mar 27 , 2018
by Staff writer You don’t need to travel to Asia to enjoy great insect delicacies. From crickets to termites, we eat them all here in Africa. But top in our list of edible insects of Africa are the Rhinoceros beetle larvae, the Mopani worm and winged termites. 1. Rhinoceros Beetle Larva The […] 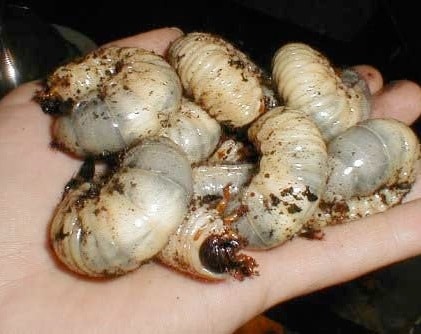