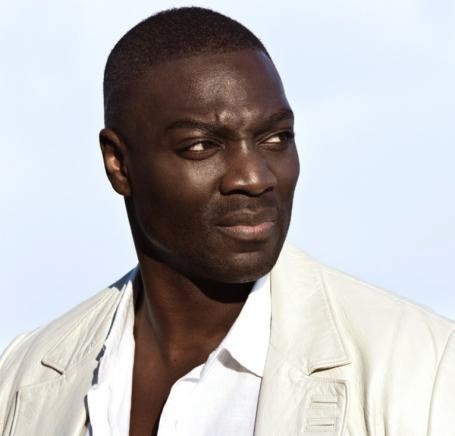 Grace stared at the man
Dapo had come with. The old man stared back at her, his lips hanging inactively
open.


The
two brothers watched them.


The old man took off his
slanted fila cap and put it back again with two hands. ‘Ah!
Madam, is this you?’


Grace still looked lost.
She was sure she knew the man before but couldn’t recall where from.
‘Please remind me,’ she
said.
‘It’s me na— Oga Keh,
Access Bank, Ikeja.’
‘Oh.’ Grace smiled. ‘Mr.
Kehinde, so you are related to the Adewunmis’.’
The man’s entire dentition
showed in a large smile. ‘Yes. Their mother is my sister.’
‘Oh I see.’
‘Uncle, you know her
before?’ Dapo’s disbelief was evident on his face.


The man turned to him.
‘Yes, my son. Wait, don’t tell me she is the witch you were talking about?’
Grace stilled.
Alex’s eyes ran up to his
brother’s face.


Dapo was forced to blink in
remorse. ‘Is she any less?’ he muttered.
‘No, my son,’ Mr. Keh said.
‘This one is good. Very good. She was the woman I was always telling you people
about na, that I said I cried the day she was leaving our company. My fellow
security guard, Obi, in fact everybody at the bank was sad the day she was
leaving.’
He turned to Grace. ‘That was in 2005, right?’


He turned back to Dapo.
‘No, Oladapo. You are wrong this time.’ He took off his cap and put it back
again.


He turned to Grace. ‘Eh,
Madam, please forgive him, oh, please. You see he is just—’
‘Uncle you can go now.’
‘Eh?’
‘Yes.’ Dapo’s voice was
even firmer.
‘Okay.’ He took off his cap
and put it back again. ‘If you say so.’
‘Yes.’
He took a step forward and
then turned back to him. ‘But didn’t we come together? Are we not supposed to
be leaving together?’
‘Uncle the door!’
‘Dapo, don’t talk to him
like that.’
Dapo glared at Alex.


When their uncle left, he
turned to Grace. ‘Don’t think this is over yet.’
‘Actually, brother, it is.’
It was Alex that replied him.
Dapo turned suddenly to
him. ‘What did you say?’
‘Yes. Grace and I are
getting married soon. There is nothing you can do now.’


Dapo smiled his smile
again. ‘So you think you are in love right? You are talking about marriage. You
have forgotten that I know you too well. I know all your secrets, kid bro, and
I tell you no marriage can work between you two.’
‘What do you mean?’
‘Do you think she will
still agree to marry you if she found out what you have done?’


Alex did not say a word.
Grace sensed his vulnerability. She remembered the first time they met in front
of her office building.
‘Yes, I will,’ she said.
Dapo’s brow rose. ‘What?’
‘I will stand by him
through all times,’ Grace said again.
Dapo smiled. ‘Fine then. I
wish you two a happy married life.’


When the door banged shut
behind Dapo, the air in the room appeared to grow rigid, like it was going to
impede movement if one wanted to move.
For many seconds they
remained in silence.


‘Start talking, Alex,’ Grace finally threw out.
‘Now.’
Alex scratched at his head.
‘You may want to sit. It’s a really long story.’
Share this post with your friends: