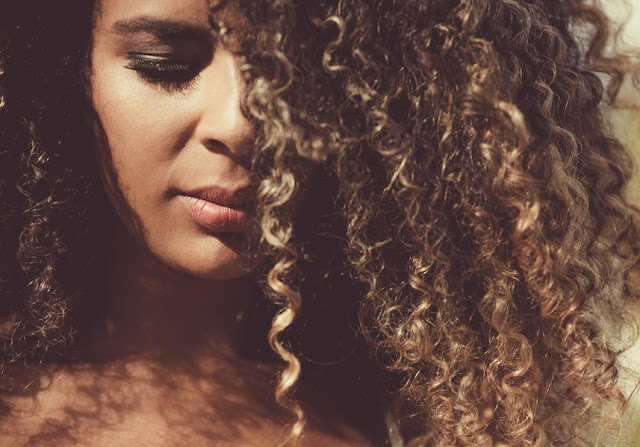 At work, Andrew found himself thinking about the incident with Grace, smiling to his foolishness. Or maybe the way Grace had run out of the room, like a rodent running away from a cat. Imagining himself as the cat now, he smiled again.

He wished now that he could get home and ask Grace to come into the room so that they would talk about it. And laugh about it. Like father and daughter.

But he knew he probably wouldn’t. He’d probably be shy, as shy as Grace herself would be. Or maybe she wouldn’t even be. What if she simply smiled and told him to be thankful, to be very very thankful. For God has favored him. Downwardly.

Come to think of it, why would Grace even make him shy?

Now he stopped smiling and turned back to his computer.

He opened his inbox and downloaded the proposal a consulting firm has sent him. He skimmed through it, scrolling down faster than he read.

He was in a good mood so he might as well invite the company for a presentation.

Andrew must admit that he found the newness that came with Grace’s arrival quite exhilarating, strangely as so. Now he realized what a happy man he would have been had God blessed them with kids.

An hour later, his Marketing and Communications Manager, a very tall man with a long oval face, entered. Andrew at one time had wondered how Mr. Segun found trousers his length to buy. He finally concluded that the man obviously had his own personal designer. He must have.

The man that entered dropped a fancy white file with the company’s logo—a bird like an eagle flying away from a globe—on the table for Andrew to look at.

He sat down one of the seats across the table.

Andrew picked the file and opened it. About four or five printed documents were in it. He read the first sheet of paper slowly.

And then something ran to his mind and his eyes went up to Mr. Segun.

‘Segun, you once adopted a boy right?’ he asked.

‘Wow. At what age did you adopt him?’

‘A year and some months.’

As expected of someone who understood communications perfectly, Mr. Segun gave brief, direct replies. He believed in energy conservation during speech.

‘Can I ask you a question?’ Andrew continued.

‘Is it possible to adopt a child who is over fifteen?’

‘A teenager you mean?’

Andrew wished he had not used the word teenager, that he had just left it at the child he used—a child that is over fifteen. What could be simpler and more suitable than that?

But Andrew knew how much Segun’s many years of experience has affected his personal conversational behavior. He always wanted everything stated as clearly as possible. Since he’d always won them clients, Andrew saw no reason to complain. ‘Yes. A teenage girl,’ he affirmed.

‘Sure,’ Segun said. ‘There are many kids that age and beyond that are up for adoption in homes.’

Mr. Segun nodded. ‘Can I go now and come back later for the documents. Seems you will need ample time to go through.’ Segun was rising up already.

‘No, no, sit, there’s one more thing.’ Andrew watched the tall man lower back into his seat.

‘Is it possible to adopt someone whose parents are still alive?’

‘Of course. Most of the kids in the homes still have living parents.’

‘No, I mean a child still living with her parents?’

‘I mean like a transfer of ownership or something.’

Segun shook his head. ‘Not sure that is possible. Unless the biological parents willingly put the child up for adoption, I don’t think it is possible.’

Willingly echoed in Andrew’s mind. What if they are persuaded to? He know well about the persuasive power of money.

He wanted to ask Segun about it, but as he tasted the words before they could come out of his mouth, he realized just unpalatable they were. And he kept mute.

He closed the file and extended it to Mr. Segun.

Segun collected the file reluctantly. ‘You are not going to go through?’

‘You’ve been here long enough to make a few decisions on your own, Mr. Segun Adeleke.’

The man took the file, nodded at his boss and left.

Eunice knew she had to come home early today. She had reasoned that it would be better if she talked to Grace when they were alone in the house. She needed to come home when Andrew would still be at work. And Cecilia she would send away to the store to buy anything that she would not find easily. This was what Eunice thought about last night why Andrew snored gently beside her.

Finally Obi was driving her home and she was anything but settled. ‘Can’t you move a little faster?’ she said.

Obi looked at her from the rear-view mirror. He could tell her Madam was not very much herself today. He obeyed and increased his speed, even though that until that day, Eunice has never had to tell him to drive faster. Not even when she was running late for a business meeting.

Now that Obi stopped the car in front of the gate and honked, Eunice felt they might have arrived home a little too fast.

It was that situation that you feel everything is just going wrong, even though they are just going normal.

But as the driver drove into the garage and turned off the engine, Eunice called on her cool. She was not the woman to be tense, or even worse show that she was. She hated the pressure this baby problems were putting on her.

Upstairs, she found Grace dusting the glass center table. She had turned off the TV when she heard the noise of the car. She still wouldn’t want anyone to know she now knew how to turn on the TV and even change the channels, Cecilia least of all.

Today she was dusting to save herself and she felt grateful for the duster.

‘Good afternoon, Aunty,’ she greeted, her hand moving in swift clockwise and anti-clockwise motion on the table.

‘Grace dear, how are you? Where is Cecilia?’

‘She is not yet back from the store.’

‘Was she supposed to go to the store today?’

‘She said we are out of detergent.’

‘Detergent? Do you know where she buys them from?’

Eunice realizing that the question was not very necessary and that there was no time to bother about how much time she had, she told Grace to drop what she was doing and follow her into the room.

Inside the room, she locked the door and asked Grace to sit.

Grace lowered herself into the straight-backed silver chair beside Eunice’s dressing table. In her mind she was sure Cecilia has reported her to madam. But she was ready to defend herself, even if it takes the last drop of her saliva.

But when Aunty Eunice started, Grace found her mind blanking out. She fought hard to remain active in understanding because she never expected what she was hearing.

‘Everything will be done abroad by qualified doctors,’ Eunice continued, ‘so you need not worry about your safety at all.’

Grace swallowed a huge ball of air. ‘Aunty, is Uncle Andrew aware of this?’

Eunice took a moment to respond. ‘No, he is not.’

‘Why did you not tell him?’

Eunice stared at Grace. She remembered what her friend, Caroline, had told her, how she had said it. ‘You don’t try that, my dear,’ Carol had said. ‘Never. Once he finds out the child was conceived through unnatural methods, he would change. Believe me, as a nursing mother, you wouldn’t want that. Why cut back the joy anyway? Let him see you as a real woman, a fertile woman who produced her own eggs!’

It was almost the same way she kicked against adoption when Eunice had mentioned it, always with instances. Strong, persuasive instances.

Eunice stood and walked to Grace. She leaned against the table, facing Grace. ‘My dear, for very personal reasons, I would like Andrew to think that I got pregnant naturally.’

Grace stared at her aunty. She shook her head. ‘Aunty, no.’

Like the only living flower in a parched garden, Eunice withered. ‘Grace, my marriage is crumbling. This will be the ninth year Andrew and I were married and since the one miscarriage I had many years back, I haven’t been able to conceive again. Help a desperate woman save her marriage, I beg you.’

Eunice took Grace’s hand and covered it in hers. ‘It works, my dear. There’s been countless testimonies. Like I said before, you don’t need to be afraid, the doctors—’

‘I’m not afraid, Aunty,’ Grace cut in, causing a tiny sigh of relief from Eunice. But the lines on Grace’s forehead hadn’t quite disappeared. ‘Aunty, why must it be me?’

‘Because I would rather have my relative give me her egg than someone I don’t know.’

‘What if I don’t have any eggs to give you?’

‘Oh, my dear, you do. You know who we are. Of all the women born to Ofia family and extended, I am the only one different. The only one infertile.’

Grace felt sorry. She turned her eyes into the air, her mind heavy with thought. When she turned back to Eunice and nodded and said yes, that she was going to do it, Eunice felt overwhelmed by emotions.

She threw her arms round her and hugged her tight. ‘Thank you, Grace. Thank you for this great kindness. Thank you.’

Outside the door, Cecilia tiptoed away.