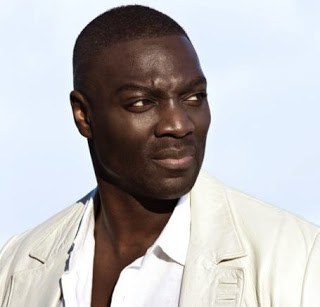 The weeks that followed
were smooth, filled with love and its accompanying passion.


They spoke to each
other on the phone every morning on their way to work.


They went out to lunch
together sometimes and spent their weekends together.


On a rainy Saturday they
visited the City Mall at Ikeja and saw a movie. She had told him she doesn’t
like sci-fi movies but had ended up seeing Man of Steel with him. Persuading
her was always a cinch for him.
She admitted to having
liked the movie at the end though.


On Sunday they attended
Harvesters International Church together. It was her church. After the service,
as they drove back home, he asked her teasingly if people come to her church to
party on Fridays.
She smiled and told him she
approved of the modernization of worship.


At home, she made stew and
fried plantain. After they ate, they showered together in her bathroom. They
made love afterwards.


She had tried out something
she called crazy while they were in the bathroom.
She’d crouched down in
front of him and taken his organ into her mouth. In the wetness provided by the
sparkling shower waters, the pleasure seemed all heightened and he moaned out
loudly.


He held her when she wanted
to stop and urged her to continue. She liked that he reveled in the act and was
ready to keep on pleasing him, but she had to stop when he half-consciously
pushed himself deeper down her throat and she nearly choked. He apologized and
they went into the bedroom together and he returned all the favor.


She offered to help him do
laundry so they drove to his apartment together.


They were in front of the
tall white machine in his balcony waiting to hear the click when the knock came
on the door. She asked him to answer the door while she watched the clothes.
He was gone for so long and
then she began hearing voices –unfamiliar voices of two men.


She removed the wet clothes
from the machine, dropped them in a bucket and listened.
One of the voices spoke
mostly in Yoruba and the few times he spoke English was with the characteristic
word bending of Yoruba accent.


The other voice she was
quick to pick. It belonged to Dapo, Alex’s elder brother.
She stepped closer, making
sure she was concealed by the plush curtain.
She heard the brothers
address the voice with thick Yoruba accent as uncle and she confirmed her
fears.


She steeled herself on a
deep breath and walked into the sitting room.