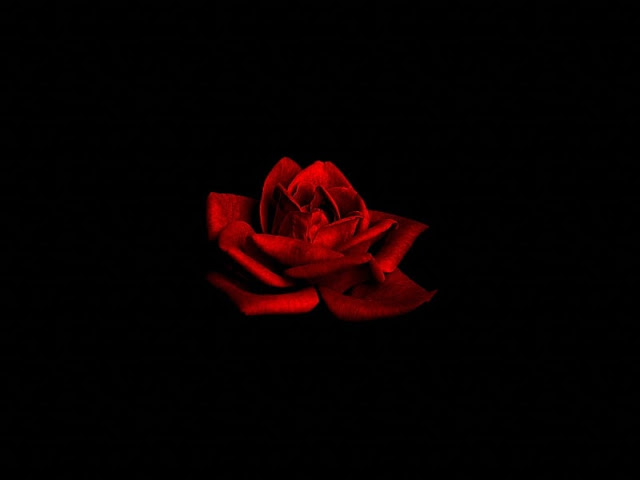 That same morning, Grace had woken up feeling light and refreshed. She would consider that morning her best since she arrived.

It was an unusually bright day and the air appeared scented. It was just one of those feel-good mornings you feel everything is perfect.

Outside, Akpan was washing Madam’s jeep.

Madam had gone out in the new Nissan Altima.

Akpan’s whistling was loud and consistent as he rubbed the soap-soaked foam all around the wet vehicle.

As Grace watched him, she remembered her father. If Papa Grace whistled from their parlor, even someone in Mama Grace’s backyard garden of peppers and nchuanwu would hear him. Grace likes men that can whistle, for she can’t.

She saw how Akpan struggled to reach the top of the car and felt amused. If only he was taller. But she liked him anyway. He was a different short man. Not like Nduka in the village who always felt someone was disrespecting him because of his height and so he turned into a small ball of sadness and anger. And incorrect grammar. Always ready to scream and tell people to forget that he was short o, that he’d ‘demolish, bamboozle and catastrophicate’ them.

Akpan turned. A big smile lit up his face. He has the handsome smile of a Hollywood actor. Not Willem Dafoe though. ‘Gracie-gracie!’ Akpan called.

Gracie-gracie – that was the new name he had made up for her and Grace always smiled whenever he called it, with that his small demonstrative dance.

Grace walked up to him. ‘Can I help you?’ she asked.

Akpan gave her a face. ‘Shebi you know say na car I dey wash, no be tomatoes?’

‘Go inside and see if bulldog done wake. Make she no bite you.’

Grace knew he was referring to Cecilia. She wanted to laugh, but then thought better of it. ‘Uncle Akpan, please don’t call her that,’ she said.

‘Who you dey talk?’ Akpan took a bowl of water from the bucket on the ground and poured over the side of the vehicle to rinse off soap bubbles.

‘I mean Cecilia, please let’s not call her names anymore.’

Now Akpan paused, his eyes on Grace. ‘Okay, but no be wetin she be before? Bull dog wey get small kolo. That is, kolomental bulldog.’

Grace smiled, but very slightly. ‘I know Cecilia can be tough at times, but we shouldn’t call her names,’ she said. ‘We should look beyond the harsh behavior. Something is always caused by something.’

Akpan made a face and whistled a word Grace did not understand. ‘Well, if na so you talk am, no wahala. But hope say she never give you her Benin charm chop o—this one you done dey protect her like hen wey hatch egg. Fear that girl o. Grace, for your life, fear her o.’

Akpan laughed. In a moment his whistling filled the air again.

Grace left him and walked inside.

Upstairs, Cecilia was in the kitchen doing the dishes.

Grace saw her and her mouth burst open. ‘No, Aunty Cecilia, I was coming to wash the plates.’

Cecilia turned to her with a smile. ‘Don’t worry, precious, we never run out dirty dishes here, do we?’

Grace smiled back at her. ‘Thank you, Aunty Cecilia.’

‘You are welcome.’ Cecilia nodded toward the tall fridge. ‘Check the freezer, you will see some ice cream. Bought it for you at the mall yesterday.’

As Grace left the kitchen with the cup of chocolate ice cream, Cecilia dropped the foam and turned to her front.

Gradually, an evil smile spread out on her face.

As she turned back to the plates, she kept her ears alert, waiting for the confirming scream.

And it wasn’t long before it came.

Akpan heard his name from inside his house and came out with a frown. Cecilia was running down to him, her big breasts joggling this way and that.

‘Na wetin? Na why you dey scream my name like that?’

Cecilia’s hand was in the air, beckoning at Akpan. ‘Mr. Akpan, please, it’s Grace. Please come.’ Cecilia’s breathing came in quick gasps. ‘Please, I do not know what is…what is wrong with her.’

Akpan left her and ran into the main house, and in the same speed, up the stairs.

Near the dining table he saw Grace, squirming round on the floor.

She was coughing and foaming profusely.

Akpan threw his knees to the ground beside her and shook her. ‘Gracie? Gracie?’

Cecilia entered. She stood aside with hands folded on her belly, shaking as she watched Akpan.

‘I don’t know. Think she might have eaten from the food I prepared for rats.’ Cecilia continued to shake.

Akpan rose quickly and ran out of the room. Downstairs, inside his tiny room, he scrabbled round for his bottle of anti-poison in the box beside his bed. But he couldn’t find the small bottle.

It has been long he last saw it. He carried the box and turned it over.

In the jumbled mix of old items, the bottle proved harder to find.

Tossing the items round, he sighted the red-marked bottle, under an old Fela CD. He picked it and ran out of the room.

Upstairs, Cecilia stood beside Grace, shaking and crying, two fingers in her mouth.

Akpan dropped beside the sick girl again. She was no longer foaming, but what has come to replace the mass of white bubbles was even scarier. A steady thread of pinkish liquid.

Akpan drew Gracie’s mouth open and tried to pour in the dark liquid from the bottle. But his hands were shaking and Grace’s body was tremulous, and the liquid kept spilling.

Akpan raised his face to Cecilia. ‘Help me hold am!’ he screamed.

Cecilia drew nearer, but did not touch Grace. ‘What is that you are giving her?’ she asked, instead. ‘Please don’t give her something that is poisonous.’

Cecilia was slow still. ‘Mr. Akpan, I don’t think this is a good idea. I called you to help me take her to the clinic not to give her this local stuff. I don’t even—’

‘Get out!’ Akpan ignored her when finally a drop of the anti-poison was able to get into Grace’s mouth.

But it was already late. Grace was now still.

Cecilia obviously knew this and she suppressed the urge to smile.

The curtains parted then and Eunice came through. And then, like a sudden power outage, her happy face disappeared at once.

A body was on the ground, Akpan beside it, his face covered in sorrow. By the side, Cecilia stood, vibrating.

Eunice threw her handbag away and ran to them.

Some seconds later, they were on the way to the hospital.

Akpan sat in the front while Eunice sat with Grace in the back. Grace’s head rested on her laps.

She had asked Cecilia to call her husband as they were driving off.

Tears were running down her face as she rubbed Grace’s hair. She would occasionally rock her lightly, nudging her to wake up.

To wake up and test all the clothes she had bought for her, to see if they were fitting enough. If she had guessed her size right. And taste the chocolate bars and milk candies that she was told every young girl liked.

Emotions finally overwhelmed her and she threw her lips open and started to cry.

‘Oh no, Grace not now, you can’t do this now!’ she cried. She shook Grace again. ‘Please wake up. Please. Please!’

So moving were the sounds that Obi, her driver, felt like joining her.

‘Madam, nothing will happen to her,’ the young man said to her boss. He was seeing her through the rear-view mirror.

Eunice sniffled and nodded in agreement, immersing herself deep in the hope that came with her driver’s words.

But she was wrong. They both were wrong. It was a white doctor that delivered the news to them. He looked Asian, even though the name on his tag –Dr Ian Filch—sounded English.

But his message was clear. Even in his quick, compact accent, his words were understood perfectly.