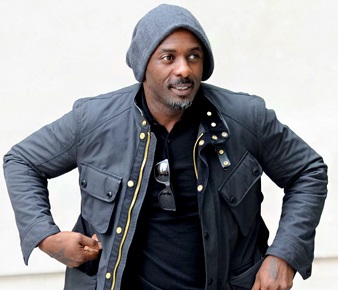 ***
His name was Kwame, the quiet dude that lived in the flat
downstairs, just under mine.

He was tall and muscular with extremely dark skin. A dark skin
that highlighted the whiteness of his dentition each time he smiled. It wasn’t often
that he did but none ever went unnoticed. In those rare times he smiled, you
would see just how handsome he was.

I usually notice him peeping at me, when I’m under the orange
tree in the middle of the compound washing clothes or at a corner of the
compound chatting with Nkechi, or any other of our neighbours.


Kwame was the neighbour that never talked to anyone. He never
talked to me, never acknowledged any of my signals, however obvious I made them
appear. One evening I came to meet him where he was washing his car and said
good evening.


He asked how my day had gone barely with a hint of a smile.
I said fine and then the silence dragged so long I nearly
felt stupid. I walked away wishing he would one day loosen up and talk to
people more. Me especially. I thought that if we talked that I would learn more
about him, if he was seeing someone or even married.


I liked him. Very much. It had been very surprising to me how
you could feel so deeply into someone you’ve never even had a meaningful
conversation with.


Something interesting happened one Tuesday evening.


It had rained so heavily the outside gutters got flooded. I
returned from work that evening already wet. The bike man that stopped me in
front of the gate barely waited for me to be fully on the ground before he
turned and zoomed off.


In the wetness, I misjudged the aggression of the mud and
just as I came across the gutter and stepped on the wet red earth around the
gate, I slipped and fell.
Right there in front of the gate I struggled with the mud. My
fingers were on the ground as I tried to rise, but the slipperiness couldn’t
allow me. Anger and shame warred inside me. If only I could just reach the
gates or anything strong enough to hold and then pull myself up.


Then suddenly the small gate swung back to open. It was Kwame.
I wilted in shame.
‘Oh my God!’ He quickly bent and helped me up. ‘Are you
hurt?’ he said, his hurt coming out
more like hat in his Ghanaian accent.
‘No, thank you,’ I said.
He guided me inside, up the stairs and then into my flat. He
asked if I needed anything and I shook my head. My shirt and bag were stained
heavily with red earth.
‘You need to have a bath,’ he said.
‘Yes, I will do that now.’
He nodded and left.


I got into the bathroom and kept thinking about him, the way
he’d aided me upstairs, his muscular arms around me as I pretended to be really
in need of his help to walk. He’d smelt nice too, of this heady, masculine
fragrance. He was just perfect, perfect for me.


I finished my bath and changed into a short casual gown. I
wore some deodorant, threw a lump of mint into my mouth and started toward the
stairs.


Downstairs, I hesitated knocking on his door. I had raised a
fist to knock but dithered. At one time I had wanted to turn back and leave but
then I pulled myself together with foreign energy and pounded the door.
Nothing.


I hit the door again. Nothing.


Bad idea. Maybe he is not even home again. I had turned to
walk away when I heard the sound of a door opening. I turned back and there he
was, his huge frame obstructing the doorway. He was now shirtless, down only to
his boxers.
My legs gelled to the ground.
‘Hi,’ he called. ‘I’m sorry I was in the room, has it been
long you were knocking?’
‘Oh no.’ I tried to avoid looking at him. ‘I thought you
wanted to go out before?’ I asked.
He shook his head. ‘I cancelled. It’s just too wet and cold.’
‘Cold, yea,’ I echoed.
‘Come in.’ He left the door open for me.


I dragged myself in, still fighting to avoid looking at him.
This proved quite difficult, the way my curiosity and craving of him messed
with my head.
He locked the door as
I came through. ‘So, first time in my house huh,’ he said, turning to me, ‘—and
we’ve been neighbours for months now.’
I managed to smile. ‘Yes, funny.’
‘Please sit.’
I did.
‘What would you like to take? I have Guinness.’
‘Oh no, I’m fine.’
‘You sure?’
‘Very sure.’
‘Okay.’ He went and sat on the other couch, yards across from
me. His sitting room appeared wider than mine. I’ve heard the rooms downstairs
were larger though. ‘So what do you need?’ he asked.

I momentarily blanked out. The question had come too
unexpected. It never occurred to me that he would ask that. I didn’t know how Ghanaian
men behaved. It was cold and a pretty girl is in your house, braless and pantless,
completely vulnerable, and he was still asking questions. Bad idea, I
concluded.
Very bad idea. ‘I don’t need anything, I just came to thank you,’ I
said. ‘For helping me the other time.’


He looked no offended. He’d smiled even. Then he stood and
came to sit beside me. ‘No, I’m not gay,’ he said. He held my thigh. ‘Why would
you even think that?’
‘I don’t know, maybe because—’


His lips cut off my speech. I felt this sudden rush of chilliness
as I felt his fleshy lips in between mine. My body nearly spasmed.
He moved and scooped me into his arms, his big strong Ghana
arms, and carried me into his bedroom.


He lowered me gently on his bed—it was high and soft. He came
on top of me and locked his lips into mine again.


With the slow, absent way changes are made during sex, he
slipped the slender hand of my gown downwards and then the other one. My
breasts came into view. When he took one nipple into his mouth, I felt that
sandy chill again, greater and more generalized. He moved from nipple to nipple
in quick hungry bouts. Then he did something funny. He pressed my two oranges together so that my nipples came
together and he sucked both at the same time. I gave out a thin shrieking sound
I never heard myself make before.


Now he pulled off my gown entirely, rolled it up and threw it
away. He spread my legs and began eating me. So badly he ate from my cookie pot
that I was vibrating uncontrollably, panting and gasping for breath. That would
be the first time someone would ever eat me like that. Segun, my last boyfriend
had only tried, once, before he said he doesn’t like doing it, that it wasn’t
healthy.


Microbiologists and their silly attitude of calling anything damp and genital
unhealthy.


I looked down and saw the top of Kwame’s shaved moving round
in between my legs. It seemed his tongue was larger than normal—it must have,
or maybe he just knew how to use it. I went to the moon and then back.


Then he stopped. Moving on his knees on the bed he came to my
face. Before he pulled down his boxers I had seen the protrusion and knew it
was going to be a tough one. But when the massive organ came into view, I
nearly drew back in startlement. It was the largest I’ve ever seen, both in
movies and reality.


He took my hand and placed it on it. So large was it that my
palm couldn’t go round the circumference.
‘Suck me, baby,’ he murmured, his voice cloaked with desire.


I held him with two hands and stretched my mouth to its
widest limit. The cap was as far as I could go. But he put his hand to the back
of my head and pushed me straight into the horse dick. I nearly choked and
started to cough.
‘Is it big?’ he asked.
‘Very big.’


He used a special kind of condoms. It was that day that I
knew special condoms were made for men who were horses.


It took quite a time to get him fully inside me. And you must
know that I was no virgin.


Thankfully he didn’t last for too long. We were on the second
position when he started to vibrate uncontrollably making this deep, beastlike
sounds. Deep inside me, I felt his jerky deposition and a great feeling of
reward flowed through me.


He pulled out from me and fell to the bed beside me. ‘Now how
gay am I?’
he asked, in between heavy breaths.

I smiled and pressed myself into him.