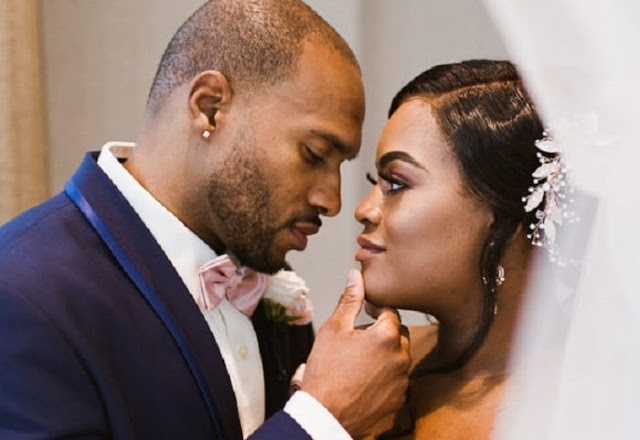 I have always been an adventurous woman—which was why I got married at the age of 19 in the first place.

Don’t get me wrong, it was no pressured marriage. In fact, my parents had been very surprised when I told them. Then, I was in 200 level in the university.

Before you ask, my husband was not an old divorcee with a lot of money.

Admittedly, he was quite older than me—he was 28—but we were in love. Or thought we were.

A lot of principles were laid down before the marriage. One was that I would not get pregnant till after my graduation. Second, I demanded that my husband allowed me continue living in my off-campus lodge, till I graduate and would then move in with him.

There were other negotiations, but these two were much more significant. They were the fastest to be broken.

I got pregnant four months after the wedding and moved into my husband’s place on the other side of town soon afterwards. This move had been quickened by the bribery of a car gift.

I think I deserved it though; there is nothing more discomforting than going to school with a swollen stomach. It takes away that student shine from you. Especially if you are 20 and used to be one of the prettiest girls in class, and just suddenly your face begins to swell and your tummy bulges and you start to walk like a snake that had swallowed something bigger than it.

The students that used to drool in your presence now see you as just an old lady to be endured.

Our boy was almost two when I finally got fed up with being married. I was in final year then.

I just couldn’t stand the incarceration anymore; the calls, the cooking, the chores, attending occasions in uniforms, just about everything marriage.

I told my husband about this one night. We were on the bed.

I told him I needed space.

My husband only scoffed on the matter, like he usually did to anything by me.

He changed after our wedding. From worshipping me to tolerating me.

Many times he now behaved as though I was something not to be taken serious. A small child not capable of being reasonable.

I would tell him things, things I consider serious, and he’d just be normal with them.

Since our problems started, I began to see marriage as a mere imprisonment of a woman.

Then after a while, another thought came in. I began to think my husband was the one having all the fun.

After all, wasn’t he the one that was always smiling, always quick to mention ‘my wife this my wife that’.

Every little chance he got, he told his friends whether on the phone or in their midst, ‘Don’t you know that I am a married man now?’

This marriage thing was on his side, I finally realized. It was privilege to him. He didn’t care if I was happy or not.

I saw the way he spoils our little boy, the way he was always hovering around him, like he was just the thing he needed when he set out to get married. All he needed from me, and now that he’s got it, I might as well be damned!

I packed my bags on a Friday morning and left the house with my son. I dropped a note for my husband on the table.

I went to my friend’s house.

Even my friend that I was in her house started to plead with me to answer and tell them that the baby and I were fine.

When I wasn’t picking still, the callers resorted to text messages. I got over 20 that night alone, and many more in the morning.

Finally, a family meeting was called. In the meeting, I bared my mind to all that were in attendance; my husband’s people and the people from my side.

The condemnation was uniform— the concordant screams of tufia and forceful shrugging of shoulders.

And then came the persuasions— joint and heavy as well.

But I wasn’t going back on my word. My mind was made already. I am leaving this bondage called marriage. I want to be free.

They told my parents to talk sense into me, that I were only a child yet to learn to differentiate my left from my right.

This statement got my provoked the more. My decision hardened further.

That night, my parents set to work on talking sense into me. They tried all they could, my older sisters too. But all their talk fell on rock.

It was my husband that ended the case.

It was during the third meeting. He just stood up in the middle of the talks. ‘Fine!’ he said. ‘UJ, fine! Leave me! UJ go! I said you should go! If I ever beg you to stay again, call me bastard!’ He burst off to his car and drove away.

For once, since my leaving craze started, the tips of my fingers felt cold.

But I finally left anyways.

It was agreed that I go with the baby. My husband will be sending us money for upkeep and is free to see the baby whenever he wanted.

This arrangement worked smoothly, but only for the first few months. Every month end, my husband sent thirty-five thousand naira into my account. He came around on weekends to see the baby and me, each time with provisions and comestibles.

But after some weeks, my husband suddenly stopped coming. He still sent the upkeep money, but stopped calling to know how Junior was doing, if I got him new clothes, if he said another word.

One evening, I decided to call him and a lady’s voice answered.

That night I didn’t sleep. I didn’t know what I was feeling. I felt like crying, throwing things around, pouring hot water over myself and the baby.

But I endured. For weeks, I did.

Till my husband called me one morning and told me that he was getting married. ‘I just thought you should know,’ he ended the message with.

As soon as I dropped the call, I started to pack my things.

In about an hour, I was in my husband’s house with my box, the same box I had left with. Nobody was home, so I waited outside with my son till evening.

My husband stopped the car on the road when he sighted us. He strode to us. ‘What is it? Is everything alright?’ His features were dilated in worry.

‘Dan-ddy!’ Junior was reaching to him. He carried him and pinched his cheek. ‘Hey, big man!’

He called him big man.

Inside the house, I told my husband that I am sorry. That I have realized my mistake and have returned home.

My husband told me that it was already late, but he didn’t ask us to leave.

Long story short, I went through a tough war to get my husband back. I nearly lost him. The other woman was the most acquisitive person I have ever seen. There was no tactic she didn’t use, but thankfully I won eventually.

I was the one with the baby!

I also owe great gratitude to my mother-in-law, a very lovely lady. She is late now. May her soul rest in peace.

So my fellow DNB readers, that was how I learned to become a wife.

15 Comments on “Life Story: How I Learned To Become A Wife”