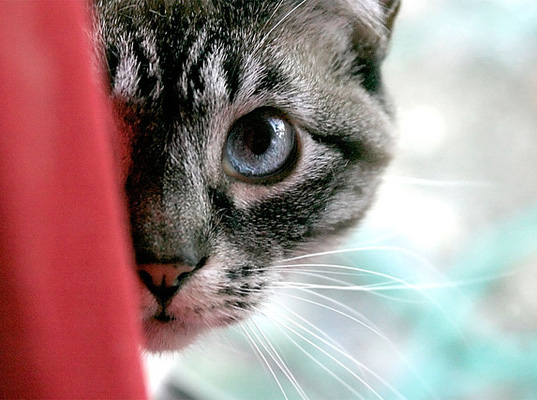 Kunle stepped out his car, exhausted.

From the moment he opened his eyes in the morning, it had been stress all the way.

Not like he’d even slept at all in the night. Last night, Baby decided to adopt a new style of wailing neither him nor his wife, Funke, had ever seen before.


On his own, Baby would just shut up and pretend to have gone back to sleep, only to resume screaming again the moment Kunle’s eyes closed.


By morning, Kunle had already decided the boy would be taken to Prophet Titus for full deliverance, whether Funke agreed to it or not.


At work, the situation was similar. It appeared Kunle’s boss and Baby shared the same kind of evil spirit.


One task after another, his boss sent him—assignments that had him jumping from floor to floor on the company’s 8-storey, elevator-less building.


By early evening, Kunle was sure he had the most muscular thighs in the world. He longed for a good massage, from anybody but Funke’s sand-paper hands.


But Kunle knew that if Funke found out any other woman had laid hands on him, that what he’d be needing is a good orthopaedic hospital.


He groaned and doused off the thought. The massage can wait—life first!


Slamming the car door shut, he looked up at the three-storey building he called home and the first thing that struck him was the darkness.


But today, he wasn’t feeling as bad as he usually felt on days he came back to darkness.


He didn’t sigh, or start contemplating how he was going to battle the heat and mosquitoes all through the night.


The mosquitoes that lived with them were bee-size and have all developed a strange resistance to all popular insecticide brands.


A smile was almost erupting on his face as he walked to the boot of his car.


He had fuel. In the scarcity, he had managed to get fuel. A gracious 25 litres of liquid gold.


He thought again as he carried down the filled container that he was going to write a short story titled ‘Fuel Is The New Gold’ and send it to DNB Stories to publish.


But there was a new problem now. He did not know how to successfully convey the fuel from his car to his flat without being noticed.


His neighbours were now like fuel zombies; especially Mr Adesola who seemed to be able to smell fuel from as wide as 50 KM afar.


Two days ago, Eze, another neighbour in the compound, had started to scream like a mad man when his generator at the back of the building couldn’t come on.


Apparently, he had filled his tank to the brim that morning before leaving for work, only for his generator to refuse to turn on when he returned.


It was on checking the fuel gauge that he realized that his fuel tank was completely empty.


Opening the fuel tank and peering into it with a flashlight, Eze saw the tank was so empty the fuel thief must have turned the generator over to extract every drop of fuel.


The curses he rained on the supposed fuel terrorist that night were enough to make a Warri agbero blush.


From his floor, Mr Adesola screamed, ‘It’s okay na, no be just fuel?’


Kunle was still strategizing on how to transport his fuel to his apartment, when the compound gate squealed open.


It was Mr Adesola.


Kunle quickly stood in front of the container, blocking its view from the approaching predator.


Kunle nodded, wishing the man could just stand where he was.


“Good evening, Mr Adesola. How are you and the family?”


“I’m fine o. We’re all fine,” Mr Adesola replied, eyeing him almost suspiciously. “It’s just this heat, my brother. These days, I can’t say between night and afternoon, which is hotter. And it’s not like we could switch on our generator. This scarcity is really bad!”


“My brother, things in this country are just too hard. I have looked for fuel everywhere I can think of, all to no avail.”


“This scarcity should just end,” Kunle said, not liking where the conversation was heading already. “It’s making things difficult for everybody.”


“Really difficult. My last born cries every night from the heat. This morning we discovered he has started developing rashes too….”


“Thank you, thank you. I just wish I could get fuel somewhere. Even my wife is sick now and this heat wouldn’t do her any good. And the mosquitoes….”


“My phone’s battery is so low now. And my oga at the office sometimes calls at odd hours to confirm certain things. If he can’t reach me, it might be a problem tomorrow. I just don’t know what to do…”


Mr Adesola eyed him again. “I’ll be going back in now.”


At the gate, he turned again. “Are you not coming in?”


“Let me hang around for a while. Need all the fresh air I can get before coming in for the torture of heat and mosquitoes.”


The gate closed behind Mr Adesola and Kunle exhaled. He peered around
carefully.


He bent to lift the container.


The gate swung open again, startling him. “Mr Adesola, I thought you have gone in.”


“I decided the fresh air might do me some good too.”


Kunle wished now he had learned some of his grandfather’s juju. He would turn Mr Adesola into a statue and change him back in the morning.


Mr Adesola hissed. “I think I should just go in and manage to sleep.”


“Things are just so hard in this country. How can an oil producing
country still be importing fuel? And the marketers are just holding
the entire country to ransom…”


Kunle hissed too, but for a different purpose.


Finally, Mr Adesola entered and the gate closed behind him again.


This time Kunle waited for some minutes before bending to carry the fuel container.


Like a hunter watching out for game, he peered around and then lifted the container.