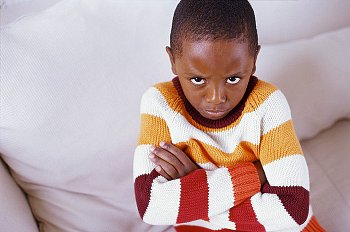 Obiozo is a big-headed fat bully.

He is the horror of every new kid at school.

I know what I passed through the time I first arrived St Peter’s College.

For weeks, I begged, hid and let go of my lunch snack, just because one boy that didn’t start school in time thinks it is his right to become a demi-terrorist.

But at St Peter’s College, the fear of Obiozo is the beginning of safety. It is so serious you dare not say it as you feel it, because you do not know if the person you are talking with is an ally.

He has too many of them, and, strangely, you can never know them all.

Till you are cornered at the back of the class, or on your way home, and asked to explain what you have said in clearer terms.

Your only option will be to kneel at once and start begging, and then quickly offer a proposition.

And it has to be enticing enough.

You can offer to render your service, cleaning and dusting for the master and doing all his assignments, till whenever he deems it right to release you.

Or bid to let go of your lunch in whatever form it comes—whether as a snack, cooked meal in a flask or money—for as long as he pleased.

There were times you do not know even when you committed the offence. It could have been something as little as smiling when a teacher calls out his score in front of the class—which is usually very irresistibly amusing.

Sometimes the teacher would be so embarrassed and pissed she would fling away his exercise book after calling his name.

A thing we would have laughed out hard at and enjoyed, but no one ever did.

Late into the term, a new boy came. He was tiny and quiet. Very of the both.

Because of his stature and the fact that we’d concluded all class tests before he came, we always looked at him with pity.

On the day he first arrived, he’d sat at the front.

The teacher had asked him to. Of course he was small and the formula is the smaller you are the more frontward you sit.

Obiozo sits at the very back with his fellow big-sized monsters.

Some weeks after the new boy’s arrival, on a very cool Tuesday afternoon, something remarkable happened.

The dismissal bell has just been rung, but usually we do not start leaving immediately.

No one likes the early throng at the gate.

I was still on my chair, finishing up with the note on the board, when the new boy stood and carried his locker to the back.

To the very back!

With fear in our eyes we watched, silently praying he collected himself fast enough and take back his locker to the front.

Obiozo sat relaxed in his chair, just watching him.

He said nothing till the boy has dropped his chair and sat down and started to arrange his books.

‘So what you doing?’

Obiozo stood and walked to him.

From my seat, I started to shake as if I was the one to be beaten. I kept my eyes to the new boy’s face, praying hard he looked my way so that I would signal to him to run.

Obiozo held the boy’s collar and drew him up. ‘Boy, take your seat back to the front!’

The boy pulled a puzzled face. ‘Why?’ he asked him.

The air in the classroom appeared to stiffen.

The next second, Obiozo’s left palm has crashed into the boy’s face.

Tense air whistled past my ears and trickles of hot pee fell into my shorts.

Holding his slapped cheek, the boy asked his tormentor, ‘Why did you slap me?’

I shook my head.

Obiozo raised his palm to give him another slap.

Well, that was when this shocking thing happened.

With the speed of Spiderman, or even faster, the boy flew on top of him and then the next shocking thing followed.

I do not know how he did it, what he used.

But in a matter of seconds, he’d left our class thug all scraped and torn and covered in blood.

I stood from my chair to look well.

Obiozo’s face had a thousand lines on it, like the sculpture of the ancient Ife bust. 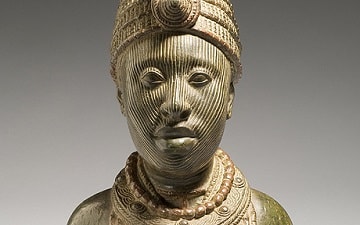 I was the one that first started to clap and then the others quickly joined.

We lifted the new boy into the air and carried him round the entire school, singing and dancing.

The next day, Obiozo did not come to school.

But after dismissal, we gathered round the new boy and bestowed on him his new title.

Get all complete books by Daniel Nkado on DNB Store, OkadaBooks or Flip Library.

12 Comments on “Flash Story: Once Upon A Time At St Peter’s College”