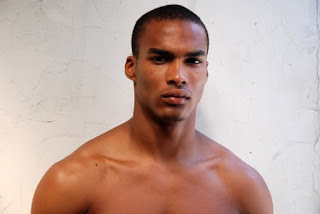 Adaeze opened the door and ran to the gate.

But she didn’t see him outside.

She waved down an approaching bike and jumped on top.

A small distance away, she saw him ambling down the road, his steps just as cluttered as his mind.

She tapped the bike man on the back. ‘Stop!’

He did, right in front of him.

She jumped down immediately and was running to him when the bike man shouted at her, ‘Hey, Madam, my money!’

She turned back and it hit her that she had no money on her. She hadn’t come out with her purse.

She was still in the shirt and shorts she’d napped in.

She was about to say something to the bike man, something about him returning to the same gate where he’d picked her later to collect his money [she’d leave it with the gate man] when Ekene appeared beside her and extended a N100 note to the man.

Ekene was about checking his pocket again when Adaeze collected the N100 note from him and threw it at the man.

And she steadied her eyes on him, waiting to see what else he’d say.

But the bike man didn’t say anything else. He just bent to the ground and picked the money, then started his motorcycle and zoomed off.

‘Thanks,’ Adaeze said, turning back to Ekene.

He gave a slight wave to mean it was nothing and put his hands back into his pockets again.

She stared at him now, feeling the more upset with Nnanna for having pushed him.

She didn’t think about her brother’s outburst then. She was more concerned with the way he looked—quieter than he normally is.

He was hurt and she wished so much she’d been there to protect him.

Or that he even had pushed Nnanna back.

‘I came to see you but your brother pushed me,’ he explained, as if he needed to.

She nodded. ‘I’m so sorry about that, Ekene,’ she said.

He nodded too, and then compressed his lips. It wasn’t just about the push, there was something else. But, quite unusually, Adaeze missed that tip.

She took his hand and they walked further away from the road.

‘For a long time now, yes, but definitely not from birth. I mean, we used to play and scream and run about the house the few times daddy was away.’

Sad mystification started to creep into her face. ‘He just suddenly changed, I think it was the same year I returned from school.’

Ekene stared at her.

‘He just pulled into himself like a wounded tortoise,’ Adaeze went on. ‘At first I thought it was what growth did to boys, probably the case of a failed relationship or something. I thought it was temporary, but it wasn’t.’

‘A wounded tortoise as you said. Maybe he is hurt about something.’

She stared at him.

‘Did you ever ask your father?’ he asked.

Now Nnanna’s snarl—“You are not my sister!”—jarred on her mind again, nearly causing her to squint.

A middle-aged woman with a baby on her back walked past them. She greeted them with a big smile, with one of her hands raised, evident that she knew her.

Often, most of them greeted her like that and she would wish that she had known them more or could ask them to come by the house anytime to visit her.

‘Did you?’ Ekene said again, bringing her back to the present.

‘Yes,’ she said. ‘Once, daddy and I talked about it and he just said I shouldn’t mind him. Coming-of-age struggles, he called it.’

Ekene sighed, saying nothing else.

‘You said you wanted to show me something?’ Adaeze finally said.

He reached into his pocket and brought out a photograph. The image of two babies in black and white.

She took the picture from him and looked.

The evening sun was gentle on skin yet quite obstructing to vision. She put one hand at the edge of the picture to see well. ‘Where did you get this?’ she asked.

‘This is me,’ she said, pointing to the female baby in the photograph.

‘Yes,’ she said. ‘It’s my hair, just like the one in a frame in dad’s room.’ She peered into the photograph again. ‘So who is the boy?’ she asked. ‘That can’t be Nnanna.’

The morning was cold and dry. The harmattan haze was just starting to clear.

This was the weather Professor Ilonna usually wore a knit cap, socks and sometimes gloves most part of the day.

But now, as he leaned on the balcony railing watching the sloping scenery, he was wearing neither.

‘Are you really my father?’ a voice came from behind him, causing him to turn to his back at once.

Adaeze stood at the door, staring at him with no obvious emotion.

‘What did you just say?’ Prof asked, straightening up fully.

‘Answer the question, dad. Are you really my father?’

Prof stared at his daughter. ‘Adaeze,’ he called, ‘even if perchance this is our first meeting, would you look at my face and still bother to ask if we are related?’

‘Dad, we look alike, yes, but that’s not enough proof.’

‘What more proof do you seek then?’

‘Tell me, child, what would be enough evidence for you? Haven’t I always treated you like a father?’

A new expression crept into Prof’s eyes. ‘Have you not met your mother?’ he asked. ‘Do you not know her?’

Prof took one step to her. ‘I know, my child,’ he said, ‘I know how hard it must be for you to deal with the shame and dishonour that woman have brought to us, but that is not enough reason for this doubt, my dear. It absolutely isn’t.’

‘If everything is like I’ve always known it to be then why would Nnanna tell me to my face that I am not his sister?’

‘He said that I am not his sister.’

Prof waved. ‘Oh dear, do not concern yourself too much. You and I know that boy has become sort of a troubled fellow for quite some time now. The utterance is obviously one of his strange ways, there is nothing more to it.’

Adaeze took out the photograph from the pocket of her shorts. ‘Then why do I sit here as a baby beside Ekene in this photograph?’

Prof took the picture from her and looked at it. ‘This is madness,’ he said, and to Adaeze’s horror tore the picture to shreds.

A small bus painted yellow and red jolted to a halt at the bus-stop.

Ekene came down from it.

He straightened the piece of paper in his hand and looked at the address on it again.

Then he folded back the paper and put in his wallet.

He crossed the road and walked to the corner where bike men clustered together as though in preparation for a race.

He passed a few beckoning hands and stopped in front of the bike man that looked the oldest.

He told him the address.

Without a second haggle he climbed onto the bike and the man drove off.

The bike tooted to a halt in front of a short brown gate. The gate was partly closed.

He came down and paid the bike man.

He walked past the gate into a small compound. The building was three-storey and badly painted—bright-brown in some parts, flaxen in others.

He saw a young man washing clothes at a corner, beside a tall, slender-stemmed coconut tree.

He greeted him and the boy nodded.

‘He is average in height and used to work with the police.’

At the door, he knocked.

Before he could say something to her, a child’s voice came from inside, ‘Mummy, Sandra has broken it!’

The woman turned back into the house and yelled, ‘Emmanuel take your sister into your room now!’

‘Emmanuel now before I come there and break your head!’ She turned back to Ekene. ‘Yes, my dear,’ she said.

Ekene did not know if it was right for him to feel pity for this woman whose kids obviously had not given peace for days.