I met him the day I went for an interview at Lekki. It was a stupid useless interview.

Even before I stepped into the company premises, I knew it—I wasn’t going to get the job.

The feeling had flown across my nose like a smell.

At the reception, there were about 45 of us. Even though it was clearly stated in the online vacancy post that the position is more suited for young females, there were more guys than girls.

I shook my head and, choosing silence over frustration, walked quietly to one of the free chairs and sat.

Even, I myself wasn’t entirely covered. I mean, I am a female, yes, but the young part is completely out of it.

In my mind, I rushed through a short prayer that birth certificate would not be the first document the interviewer would ask for.

Luckily they started quite early— at around 9 a.m. or so.

Salt to injury, the interviewer was Lebanese. With my over 8–year experience in job hunting in Lagos, I’ve come to realize that there is nothing those guys cherish more than the sentence ‘We’ll get back to you’!

And if you think their smile is real and actually go home believing and hoping, sorry is your name.

I was coming out to the road with my sad face, rumpled hair and ruined makeup when this clean Hyundai car stopped just by my side.

The front window came down and a brown-skinned guy said, ‘Hey!’

I immediately guessed it was a direction-seeking fellow.

Poor him, because, first, I do not stay around. And secondly, even if I live in the same street he was going to ask me about, I was in no mood to talk to anyone.

I looked at him again. ‘Hi,’ I returned back to him with a trailer-load of grudge.

‘Sup, angel, you look pretty down, whatchu matter with you?’

Huh? One of my brows went up at once and wonder flew into my eyes.

‘Whatchu matter with you, damsel?’ he said again.

Hmm, I hummed in my mind.

Sarcastic amusement played around my skin.

‘I’m fine,’ I said to him, staring at him like one would do a hawker of toothache relief. ‘What can I do for you?’

He made to shake his head. ‘Nah, baby gurl,’ he said, ‘the question is, what can I do to get that awful frown off your face?’

‘You damn too pretty to be on a face like this, come on!’

I left him and started my way.

He followed me gently from behind, calling out, ‘Hey! Hey! Talk to me, gurl. Look over here!’

‘Tell me what the matter is, I can help you!’

I swung back to him with all my frustration in one tight piece. ‘Leave me alone!’ I shrieked. ‘If you are looking for somebody to help then maybe I can hand you a few copies of my CV here and you will help me see that they get me a job!’

My voice was harsh and loud. I did not mind that I was on the road.

But to my surprise, the guy in the car only started to smile.

With a bit of puzzlement creeping into me, the frown on my face tightened the more.

‘Thank you,’ I said and turned back my way.

He continued following me.

Then I noticed he was parking.

He got down from the car and ran up to me.

Even in my frustrated mood, a part of me still couldn’t resist to observe that he was tall, strongly built and quite good-looking too.

His skin was neat—dark-brown skin that has not been damaged by the sun. And his teeth sparkled as though he used hypo on them.

That was when I started calming down a little.

Maybe he is a true Americana and I shouldn’t be so mad at him after all. He obviously doesn’t know what we go through in this country.

He asked me to get into his car so that we could have a proper chat and I shook my head.

‘Ok, can you at least let me have ya number?’

I nodded and gave him.

That was how we started talking.

He told me he is Nigerian but has been living in Pittsburg, Texas, with his mum since he was 8. That he only came home to supervise their building in Remlek Estate, Ajah.

Americana guys are just as stingy too—I was about to think—when a part of me that was feminist and still reasonable slapped some sense back into me.

We agreed to meet sometime in October.

Their house in Remlek Estate is quite spacious.

Inside, all the furniture and fittings still smelt new. The floor is neat but yet to be carpeted.

He asked me to sit and went to turn on the TV.

‘I knew you were-e-e, you were gonna come to me—’ Katy Perry’s Dark Horse was starting on Trace TV before he picked the remote and turned it mute.

He walked into the adjacent room and soon returned with a bottle of wine and two glasses.

I smiled and told him that I don’t take alcohol.

He did something with his eyes like a wink [something very cute and American and sexy] and said, ‘Come on, it’s just a red.’

I shook my head. ‘No alcohol, please,’ I maintained.

He gave a slight shrug and depressed his cheeks. ‘Ok,’ he said. ‘Whatever the queen says.’

He dropped the wine bottle on the table and poured himself a glass. He took a sip from it and returned the half-filled cup to the table.

‘Whoa!’ he sighed out, holding his shirt as though to pull it off.

I stared at him, curious.

Next thing the light-green fabric had dropped on the couch and this perfect structure of a man came into view.

He wasn’t looking at me, but I nodded and then shook my head as if there was something he said.

I didn’t answer. With my eyes now riveted on him, I barely even understood what he said.

And then the worst happened.

Or the best— whichever way you’d want to look at it.

He held his sportswear shorts and pulled it down. The image of a massive curve of manhood held back in clean white briefs flashed to my face.

I swallowed at once, but still my throat felt terribly dry. My feet started to tap the floor.

He drew the band of the briefs and released it back. The thick snake curled inside showed a slight movement.

I turned immediately and carried his glass of wine on the table and poured it down my stomach.

He looked at me, appearing a little surprised. ‘Are you alright?’ he asked.

Then he held the briefs to pull it down too.

Turning to carry my handbag, he grabbed my hand.

He came to me and slipped his lips into mine.

Then he held my blouse and jerked it open. And then my bra.

His lips had enclosed one of my nipples before I could bring myself together to protest.

He threw me to the couch and came down to me the same instant.

He pulled off my skirt and bit into my panties, right at the very centre.

I opened my mouth to tell him to take it easy, but he’d already pulled the panties aside and covered everything between my legs with his mouth.

My mouth remained open, but no word came out again.

And then he sent his tongue into me. It must have been two times the length of a normal tongue because of the reach.

I compressed my lips and started to hum as if from cold.

For many long minutes he ate at me, like someone on his favourite serving of a meal.

I whistled and vibrated without control.

The pleasure was strange and profound. Nothing like I have ever had before.

Finally he released me and pulled me slightly up. Then he pushed his stiff long organ into my mouth.

I never did that on a guy before. Not once.

He didn’t even seek my opinion beforehand. He just forced his rock-hard shaft into my mouth like that.

I guess he noticed I wasn’t so much the sucking lady and he quickly joined three fingers together and slipped them into my dripping spot.

My lips went wider and more accommodating at once.

Now as he pushed his fingers in and out of me, I felt the need to return the pleasure.

To return back to him all he was giving to me.

So I loosened up and began licking him like a star that I was not.

The deep sound was inspiring and I started slurping him in and out while his fingers still worked on me below.

I felt him start to vibrate and a huge ball of something formed inside of me.

I can’t explain it; it was like the gathering of sweet syrup and it kept enlarging and enlarging.

I felt I was going to explode anytime soon.

Now his trembling has increased too, his waist jerking and snapping.

Within me an explosion was imminent already.

And then suddenly it happened.

It was a double explosion, mine all over his hand and his all over my face.

I was puffing and spitting and vibrating, struggling to return back to normal.

‘Nice shot,’ he said to me, casting a devilish grin.

He picked his shirt and started to wipe his hand.

At my left, a door burst open.

A guy came through, followed by another.

‘She’s all yours,’ he said to them, pulling up his briefs to walk away.

Fri Dec 11 , 2015
We’d like to take today out to provide answers to some of the most common questions we receive about submissions to our site. 1. Who owns the copyright to stories published on DNB Stories? We own EXCLUSIVE rights to all the stories published on our blog and other platforms we […] 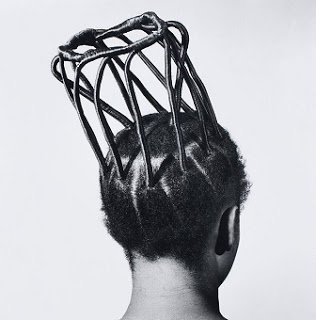