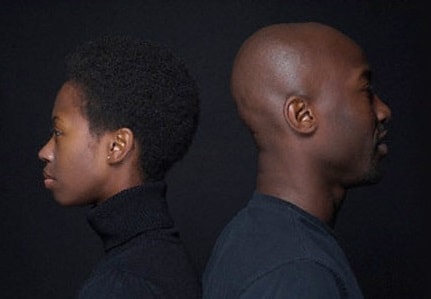 Ini and Tiwa have been married for five years now.

Despite having graduated from OAU School of Pharmacy two years before their wedding, Ini remained a housewife.

Tiwa had insisted that she did not seek for employment as it hurts his ego as a man to see his wife work.

‘I am the man,’ he said, ‘I should be the one to provide all that my family needs.’

Because she adores her husband, Ini obeyed.

For five years, her routine has remained the same: cooking, cleaning and taking care of their two kids.

In her home, she is the maid, the gatekeeper, the laundry woman, the driver to take the kids to school and pick them back after dismissal.

Yet after all these, she never for one day refused her husband’s touch, even on days she seemed too worn out and desperately hoped she doesn’t feel his trespassing hand in the middle of the night.

Nevertheless, she is never appreciated by him.

Every other day, Tiwa always finds one more thing to complain about his wife.

He feels she is lazy.

‘Whatever else do you do,’ he asked her once, ‘than to sit at home all day while I’m away working my head off at the office?’

‘Ini!’ his voice thundered in a call. ‘What have you been doing in the kitchen since? Your kids haven’t had breakfast yet!’

‘How come you’ve not ironed the shirt I dropped on the bed yet?’

He wished he was the wife, so that he’d sit at home all day and enjoy his time watching TV or playing his favourite video game.

On a certain day, he was once again complaining and screaming and wishing when a light wind blew across the house.

The next morning, the couple woke up to discover that their bodies have been switched.

Tiwa was now the wife and Ini the husband.

They were embarrassed at first, but finally decided to take over each other’s roles.

The following day, Tiwa had to wake up earlier to prepare the kids for school and arrange for breakfast.

Ini got up much later and left for the office.

By evening, after the cooking and cleaning and ironing and running around, Tiwa was already more tired than he usually were the times he went out to work.

Ini, back from work, encouraged him and prayed for their switch back.

Some weeks later, they were still the same.

Tiwa was already on the verge of exasperation when the worst happened.

It was discovered that he is pregnant.

He became confused and very scared.

On the night of the delivery, Tiwa knew pain like never before.

On the maternity bed, he screamed, puffed and cried.

After two straight hours of painfully pushing and screaming, the new baby arrived.

And then came a whole new kind of job.

Tiwa had to wake up every day in the middle of the night to breast-feed the new-born.

The tiny baby wailed all the time and messed her diapers like it was a punishment.

Two years later, on a cold Saturday morning, they woke up to notice that they have been switched back.

Tiwa was so happy and leapt about in great joy.

And in the excitement, he opens his eyes.

He is breathing fast and his face is sweaty.

Beside him, his wife is snoring gently in calm sleep.

He lies back beside her, kisses her on the arm and folds her up.

And from that day onwards he remained ever appreciative of her and her devotion to him.

Dedicated to all mothers and mothers-to-be, and to all the men out there who appreciate the women around them.