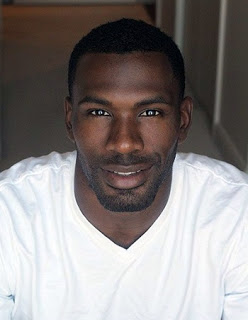 As she walked down the busy and noisy roadside market, some minutes after the tricycle she boarded stopped, Amaka had concluded in her mind that she was going to slap Phillip, twice or thrice, for all the trouble he’d put her through over the years.

First, he’d sweet-talked her into opening her legs, something she never thought she was ever going to do for any man.

Not even Mike who she always admired on the screen—he was a struggling actor then, jumping from one tiny role to another.

Mike was fair, tall and handsome, yet as with her nature, Amaka would rather admire him on TV, just that, and hiss and scowl at him whenever he was in town and stopped her on the road to talk to her.

But Phillip, ‘Phillip isi-aki’, had used a style she was not familiar with—initially never even behaving as though he was any interested in her.

So that that evening he finally talked to her, her legs refused to obey the voices in her head.

‘Walk away!’ the voices in her head commanded.

‘Hiss at him and walk away!’

‘Don’t listen to the trash!’

She did none. Instead, she stayed and listened—she couldn’t imagine she actually did listen—to the words of his sweet tongue.

Yet it wasn’t like he was the cutest of them all. He was dark, like charcoal. Unyi. The back of one of her mother’s old cooking pots.

He had a big head too, a big nose, big lips, big arms, big thighs—just so many big things about him. She actually dropped a real tear the night he finally succeeded in penetrating her; his organ was like the leg of a child—rigidly stiff, very black in colour and covered in pulsating nerves that gave it an ugly texture.

The only part of it—the organ— she liked was the smooth cap. It was broad and pinkish in colour. During the brief heated affair, he’d bent to one of her ears and asked her to suck it in his characteristic husky whisper.

She had given him an instant frown, yet deep within she wanted to have a taste.

Amaka was now smiling as she approached the street the woman she’d asked for direction had told her to turn into. A reminiscent smile she half hated yet could do nothing about.

A big catfish in one of the bowls at the edge of the road twirled and slimy water splashed on her.

She turned, all her features twisted in annoyance, but the plump fish seller was too busy to care.

‘Come and buy fish,’ she sang on, reaching out to a man standing close by.

From her back, her son pointed at one of the bowls and said, ‘Mummy, fish’, his tiny voice barely audible in the chaos of the Bariga roadside market.

As she turned and started back on, her face now devoid of her former reminiscent smile and her mind hating Lagos once again, she wondered what the fool he’d married would be doing at the moment, if there was going to be a clean toilet in the compound where he lives where she would squat and pee comfortably.

Her bladder was bursting and she desperately needed to.

Finally she was in Akinwale Street.

A few more seconds and she saw the number, and the house.

And suddenly a great urge flooded through her—the urge to turn back and start heading back to the village.

The double-storied building was unpainted, old and funny-looking—the upper floor looked as though it’d soon fall off and crush the many little children running about in the compound. As tiny as it was!

The woman she approached to ask about her husband appeared to be scowling at her, or the baby on her back.

Obviously with the number of kids already running about the yard, another bundle of noise would be the last thing any occupant of the awkwardly-tilting house would want.

‘Phillip?’ The impatient frown on the woman’s face sort of deepened.

‘Yes, Phillip,’ Amaka said. ‘Phillip Anagolu.’ Gesturing, she added, ‘He is a barber from Anambra State.’

The woman’s features spread out a little in recognition. Amaka found little relief with this new expression.

The woman said something in Yoruba—a quick succession of words that came out too fast from her mouth.

Only successfully picking out ‘omo Igbo’, Amaka nodded, eagerly so.

‘You be him sister?’ the woman asked.

‘Tor! Wife ke?’ There was another quick out-pour of Yoruba.

‘Please which one is his flat?’ Amaka said, ignoring whatever the woman was meaning to say.

Amaka did not understand if the woman was being rude or not, and, if true, why in the world so. She said nothing though.

‘Ok, please show me his room.’

The woman poured out some Yoruba again.

‘Do I know? But if you see him, abeg tellam make he return my money o.’ Some more Yoruba again.

For many minutes, Amaka stood there under the dying evening sun, saying nothing, thinking nothing.

The woman stared some more at her and then picked her plastic basket again. It contained rolls of Milo, Peak milk, Omo and Klin.

Heading out, Amaka stopped her. ‘Please, I am just coming from the village.’

‘Call him for phone na?’

‘His number is not going through.’

She started to grumble in Yoruba and Amaka kept nodding all through, her entire expression repentant.

Finally she stopped. ‘Okay, wait,’ she said and turned back into the compound and started to scream, ‘Seun!’

Soon, Seun, clad in a Chelsea jersey and flower-patterned boxers, was running out through the narrow corridor that divided the building into two unequal parts.

He called the woman Iya Togo and greeted her with a bow.

They conversed in Yoruba and afterwards, Seun turned to Amaka and said, ‘Na Badoo you dey look for?’

Amaka did not know her husband’s name was Badoo too, but she nodded.

Amaka’s lips were open. ‘Ipako? Where is that?’

‘Ifako. Gbagada side. Come, let me direct you.’

As they were leaving, the woman called out again, ‘Eh, madam, my money nko?’

Amaka turned back to her. ‘How much is the money?’

‘Don’t worry,’ the young man said. ‘He gave me the money to give to you the day he was moving out but I forgot to give you.’

Iya Togo splashed him with hot and peppery Yoruba.

When she finally saw her husband, an hour or so later, she did not only feel the need to slap him, but also cut off his head!