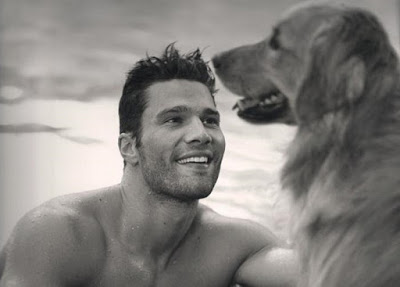 Humans, in a large group, behave more or less like cattle or small birds in the face of a threat. We instinctively know that the safest place to be in a danger situation is within as many other people between us and the threat as possible. When there’s an initial shock, we instinctively go into a defensive crouch, look around to identify the threat, then either turn to face it or run like hell!

As sophisticated and separate from our primal instincts as we think we are, it’s still all about sex and survival. Studies show that, even though there’s a cultural taboo about it being applied too explicitly, women are attracted to wealthy men because it indicates a good provider, while men are attracted to the three “critical measurements” (bust, waist, hips) because they indicate health, youth and the ability to bear and care for children.

We dress up for each other to flaunt what we got, we dance for each other to prove our fitness and coordination, we fight with and even kill each other over romantic partners, and there’s even good evidence that women are more attracted to men, and even more attractive to men at a chemical level, when they’re near ovulation than at other times.

Though we’re yet to definitively identify any set of “human sex pheromones“; it’s thought to be more high-level cyclic changes in hormone levels and other biochemistry that do things like alter a woman’s scent and give her a “glow” that is irresistible to men.

We all know the stereotype of the “Mama Bear” human mother, taken directly from the maternal instincts of a very dangerous animal. In both species, if you make her kid cry for Mama, you’ll have more than you bargained for to deal with.

In species where the male sticks around, you often have him to deal with too. There’s little logic to the magnitude of the reaction at the time it occurs, but there’s plenty of logic behind it, and it’s seen in virtually every animal species with a protracted maturation period, including cats, dogs/wolves, bears, large grazers like elephants and rhinos, and in primates, including humans.

The young of virtually every mammal, including humans, do the majority of their early learning during maturation by watching the grownups and mimicking what they do. Humans are no different. Babies learn to smile because they watch every other face they see smile at them, and when they do it back they get a positive reaction.

If you’ve ever been in the same room with a two-year-old, you can be driven crazy by their repetition of the last few words or syllables you say, and their following behind you, re-doing everything you do, picking up something and moving it between two places because they saw you rearranging things around the house.

It’s a necessary component of animal learning — they don’t yet know why something’s done, they just know it’s something the grownups do, so they probably should as well. This stage of learning, and the deep lessons it ingrains on the mind of the person, are part of a reason why physical forms of punishment are so discouraged, because all it teaches is that you hurt people who do things you do not like.

Practically every known mammal has a sleep/awake cycle. They don’t all resemble humans’ as many animals are nocturnal, most, even when awake, are relatively inactive, and a few get by on only a couple hours of sleep a day (sometimes even sleeping in bursts of a few seconds — a lot of marine mammals sleep this way because falling too deeply asleep for too long in an environment where you can’t breathe is kind of a bad thing, you should know).

We’re not 100% sure why we sleep but it’s thought that key processes in healing and growth occur during sleep, and in humans it’s thought that sleep is a way for the brain to process the memories gathered while awake and transition them from “short-term memory” to “long-term memory” by strengthening neural pathways through reuse.

2 Comments on “5 behaviours that prove human beings are just like every other animal?”